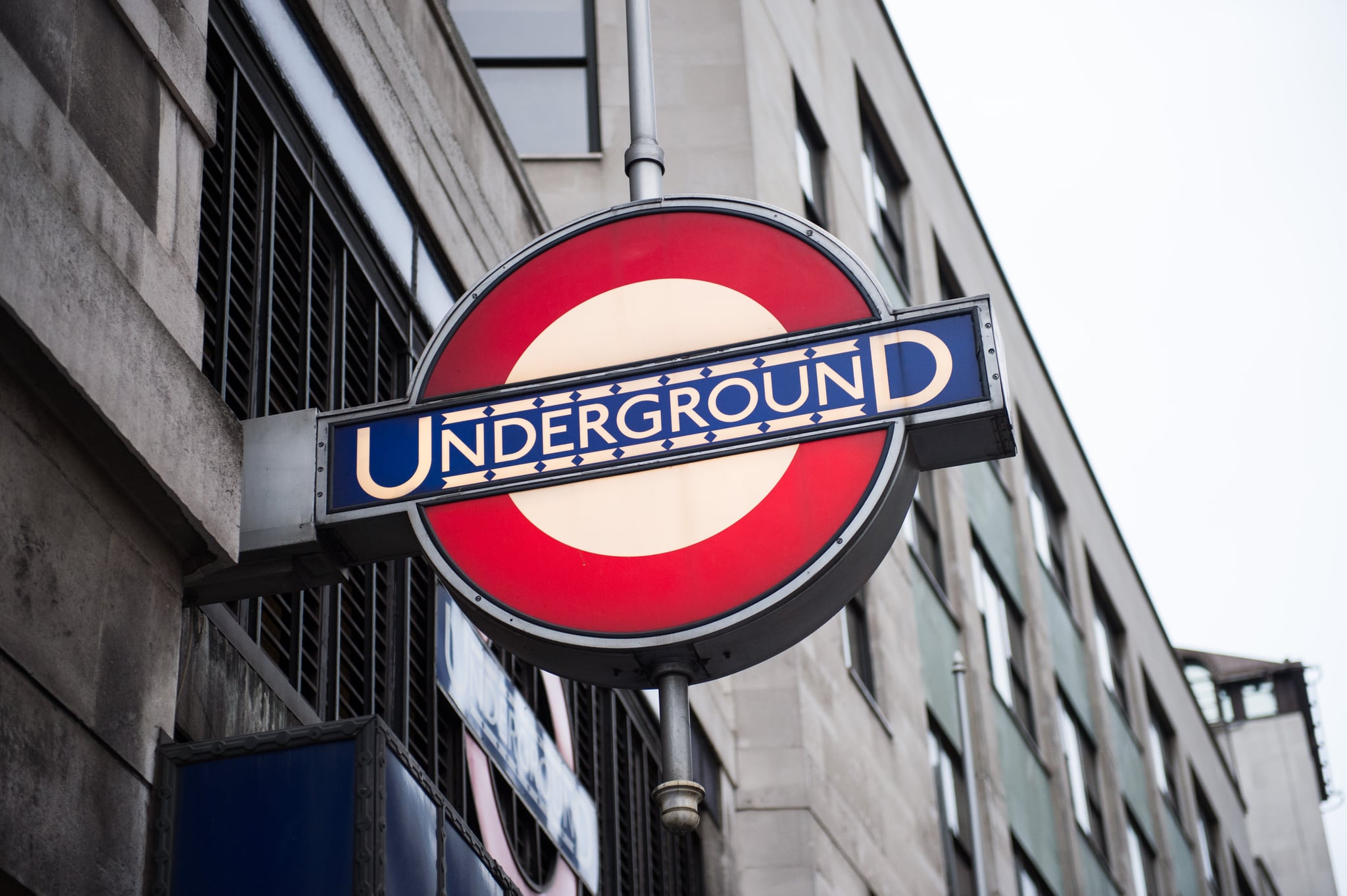 What happens if the person driving your train has to pee? And why does it seem like public transport is always delayed? Such questions tend to go through our minds when we are stuffed in a metal tube underground, and lucky for us, we just got some answers. A London Underground driver did an IAmA on Reddit. They revealed some secrets about the job — and the entire London transport system — that will surprise you (and maybe a few about tourists that won't). Read on to see what they had to say!

Related:
18 Secrets From Flight Attendants That Will Change the Way You Fly

1. What happens if you need to use the toilet?

"You can take a PNR (or Personal Needs Relief). There are drivers toilets at a handful of platforms across the network which can be accessed with a [sic] what is known as a J Door Key, whilst the ladies toilets have their own special key only given to female members of staff. There are also hot water points so you can make a quick cup of tea. So you can pop out to the toilet and pop back in to the cab in fairly short order.

"Alternatively, when you get to either end of the line, or are taking a train into a depot then that is an opportunity to pop to the toilet also, etc. Worst comes to absolute worst and it's an emergency then you can leave the train at a station and go to wherever their staff toilets are, but they don't like you to do that as holding your train in the platform completely messes up the service as no trains are moving behind you."

2. What's the dumbest thing you've seen a tourist do?

"There was one a while back who chained her suitcase to a bench at a central London tube station on the platform so she could go shopping before getting her plane. Caused a massive security alert."

3. US citizen here. Why is it called the Oyster on the passes?

"When it was originally brought out they were between Oyster, Gem or Pulse as the name for it. They decided on Oyster due to the whole 'the world is your oyster' thing if I recall correctly."

4. What are the main reasons for the delays?

5. I am a US citizen who recently travelled to London and was shocked at the good behaviour of people on the Tube. How common is it for the authoritative powers to revoke Tube privileges from naughty riders?

"There are actually a series of bylaws that makes pretty much everything other than being a decent human being an offence and also gives police/staff the power to eject you, or in the case of the police arrest you. For example it is an offence to get on the Tube before all the passengers at those doors have got off. Not that they get used that much mind you, or half the tourists in London would be getting [kicked off] every morning."

"It varies from line to line, the line speed on the Piccadilly line which is your Heathrow Tube, is 45 mph off the top of my head."

7. My mental image is of a guy just sitting there pressing go forward, and pressing brake — is that pretty much it? If so is it the most boring job in the world?

"It depends really . . . on the ATO (automatic) lines the train drives itself. You literally just open and close doors, and (very rarely) apply the emergency brake. On the manual lines there is a bit more skill involved in terms of actually driving the train using the handle, keeping to the timetable (which is in 1/2 minutes), providing a smooth journey and not having any SPAD's (going past red signals). However it can be a bit boring, but I imagine being a mainline train driver is far more boring — driving through miles upon miles of empty countryside."

8. Have you ever noticed any paranormal stuff during your shift?

"I can safely say I have not yet seen a ghost or other paranormal being on the underground, including at the abandoned tube stations . . ."

9. Have you seen any weird stuff going on on one of those abandoned stations or other parts of the route?

"Not particularly, some of them are very interesting though. Winston Churchill used one as a bunker in WWII before the cabinet war rooms were built and there is still some original signage in there from it."

10. How long do people in the industry, especially you and your fellow drivers, expect this job to last? Especially at the rate of pay received?

"Quite a long time — London Underground does not have the ridiculous amount of money to make the entire tube network ATO level four (no one on the train at all) if that's even possible — and by that I mean it's easy to make a driverless train — the technology exists and is in operation, but it's much harder to retrofit a 100+ year old infrastructure to run said driverless train.

"For example, can a driverless train evacuate people down an ancient tunnel miles from the nearest station and up evacuation shafts without inciting mass panic? And assist those with mobility needs off the train, etc.? However, my prediction is that the tube will, one day in the future, go to a higher level of automatic operation than is currently in use on the Victoria line and other automatic lines, most likely ATO three like the DLR where there is somebody normally on board but not in the drivers cab. That's not the end of the world though, DLR PSA's make 43k a year which is not a massive drop on our salaries."

11. Are you allowed to say "Ladies and Gentlemen" to the riders? Why do they say you shouldn't and what alternative do they offer?

"The company says no, quite a few people still do it, more out of habit than anything else. . . . It could make those who do not identify with those genders feel uncomfortable or isolated on the network, etc.

12. Is there an office where there is a chart of all the trains moving in real-time across the whole Tube network?

13. How much is the pay, annually? Also minimum qualifications to apply? What's the training like?

"The pay is pretty decent - full time is £53K, night Tube (part time - Friday and Saturday night shifts only) is just under £25k. You also receive free travel for you and one other person that you can nominate, along with 75 percent off national rail and Eurostar discounts. Pension is final salary with five percent contributions.

"There are no minimum qualifications, you just need to pass all the selection tests which have a fairly high failure rate . . . the training is fairly intensive (I have an honours degree and I found some aspects tougher than university) but shorter than mainline train driving. It can last anywhere from 12 weeks on an ATO line, to a fair bit more on the manual ones."

14. I hear about Tube and train drivers knocking down passengers quite frequently. Are you trained for these circumstances? Has this ever happened to you? What is the process if this was to happen?

"You do receive training for Person Under Train incidents but training can obviously never prepare you for the real thing.

"The process is essentially that you call it in, get an emergency switch off of the traction current (power) and ideally lay down SCD's, then they don't really expect anything beyond you of that due to the shock. Then you wait for the police, ambulance, NIRT/ERU teams and occasionally the fire brigade who turn up fairly sharpish, and they do their thing.

"The police take a first account off you at the scene detailing what happened — how you were driving, what you saw, etc. to determine if it was non-suspicious such as a suicide attempt or accident, but people have been pushed in front of tube trains before in which case it is murder or attempted murder. You get mandatory leave (I say mandatory but you can waive it if you choose to do so). Thankfully it has never happened to me, but from what I've been told by other's [sic] London Underground's care for their staff is second to none and far above what is provided to our colleagues on the mainline."

15. Where I'm from the Tube drivers sometimes miss the platform coming in too fast. Is this a result of excessive speed or just bad judgement?

"Using phones in the cab is a fireable offence."

"I actually really do enjoy my job."

Staying Home
This Website Lets You Enjoy Views From Other People's Windows Around the World, So We'll Be in Spain
by Lindsay Paige Stein 09/8

United Kingdom
Planning a Staycation? These Are The Best Summer Holiday Destinations Around the UK
by Amelia Bell 04/8

Health and Safety
Staying in a Hotel This Summer? Here Are 10 Tips to Be Safe and Healthy
by Dana Zepeda 18/7

Road Trips
Hittin' the Road? These 89 Audiobooks Are Here to Keep You Company
by Haley Lyndes 25/7