If anyone goes all out for Halloween, it's Kim Kardashian. The reality star completely nailed her homage to Legally Blonde's Elle Woods on Thursday, and you'd better believe she kept the same energy for her family costume that she showed off later on. Kim took to Instagram the day after her Halloween festivities to share a series of photos of herself and her four children all dressed up as characters from The Flintstones, though she admitted in one caption that coordinating a photo with the entire family was a pretty big struggle for one hilarious reason.

"This family pic was such a challenge because Chicago was so scared of Dino," she wrote. "We tried to explain and show her that it was just daddy but she didn't get the concept yet." She went on to reveal that Chicago was so afraid of Kanye's costume that the 1-year-old actually had to be edited into the family photo, because sometimes you just have to improvise.

Kim's family costume is the second of four Halloween looks she claimed to have been planning for the year. Her oldest children, Saint and North, took on the roles of Fred and Wilma, while Chicago and Kim's 5-month-old son, Psalm, dressed as Pebbles and Bamm-Bamm. Kim herself was dressed as Betty Rubble, while Kanye, instead of going as Betty's husband, Barney, opted to round out the group as Dino, the family's pet dinosaur. See more photos of the Kardashian-West family's costumes ahead. 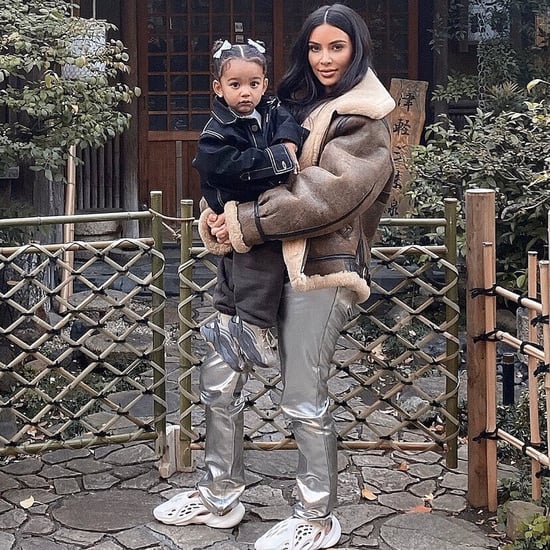 Celebrity Kids
Kim Kardashian Wore the New Space-Age Yeezys, and We're Not Sure How We Feel About Them
by Nikita Ramsinghani 11/12/19 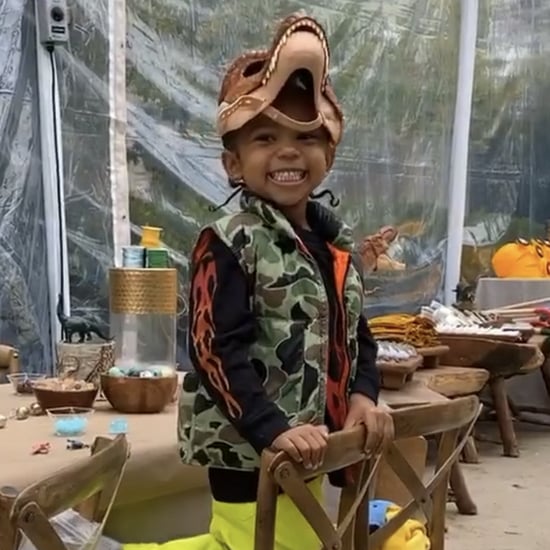 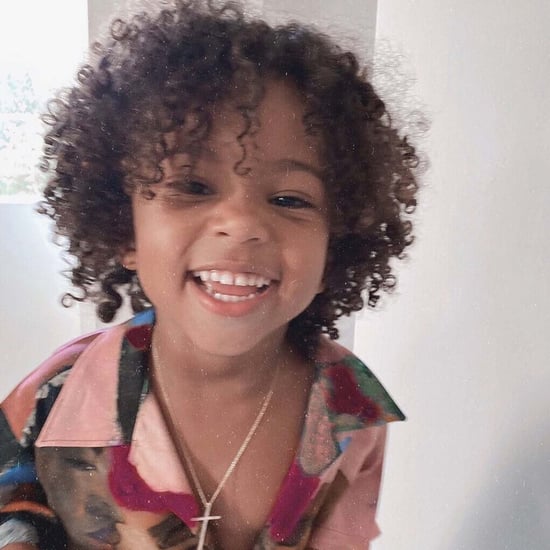