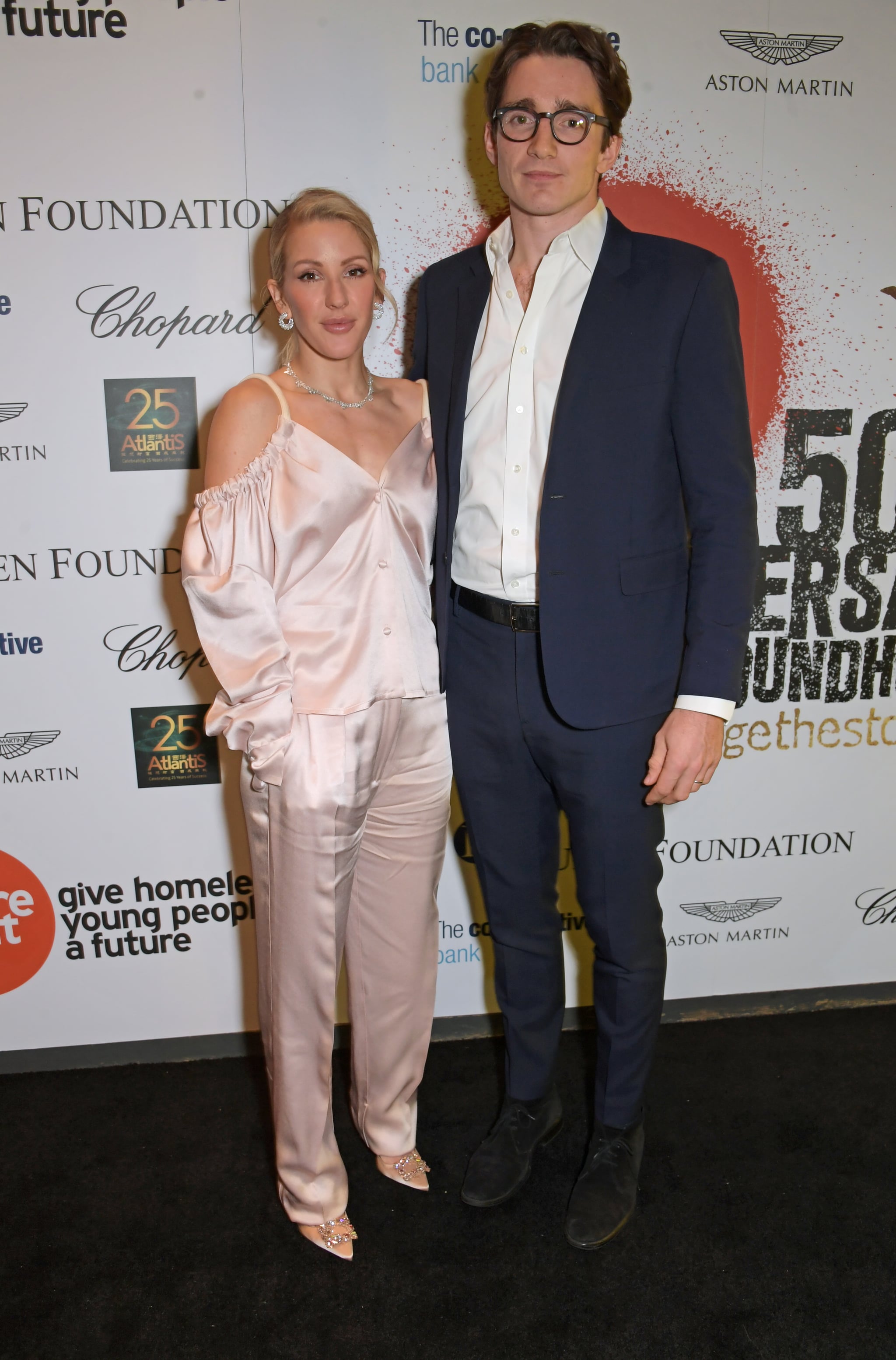 Singer Ellie Goulding is opening up about what it's like to be pregnant during a pandemic. In an exclusive interview for Vogue, she announced that she and her husband, Caspar Jopling, are expecting their first child.

"It happens really quickly, and then you almost don't believe it at first," she said regarding her changing body. "You're still eating the same, looking the same, for a while I was probably in denial. I was in such a good streak of fitness. I started having a completely different body and different energy, I couldn't deal with everything!"

Related:
It's a Girl! Patrick Mahomes and Brittany Matthews Welcomed Their First Child Together

In particular, Ellie shared that she began craving fast food more. "I actually went from being smug about how healthy my salads were and my breakfasts and eating nuts and seeds, and then all I wanted was McDonald's," she joked. "And I was kind of terrified, I suddenly wanted all of the bad things! Whatever this baby did when it took over my body was like, 'Hell no — I do not want broccoli, spinach, collards! I just wanted sugar and carbs.'"

The 34-year-old singer also explained that while she's thrilled to become a mom, being pregnant amid the pandemic has been isolating.

"You have your partner, and you have your friends, but in a pandemic, it can feel particularly lonely."

"You have your partner, and you have your friends, but in a pandemic, it can feel particularly lonely," she said. "Because it wasn't something I had planned for right now, [and] I knew it was a more solitary journey because of what's going on. I think that made me keep it very secretive and made me very protective over it. The sickness and tiredness was nothing I'd ever experienced before. I feel like it's taboo to talk about pregnancy as being challenging. It's not always serene and like you're not always glowing. I'm not saying that every second of this pregnancy has been miserable. It's not always going to be easy. [But,] I have a newfound respect for any woman who has children."

Moreover, while the couple recently learned the sex of their child at an anatomy scan, they're not focussed on gender. "We found out by default because we had a scan," she said. "[But,] it wasn't a thing. We just wanted a healthy baby and there wasn't much more to it. Instinctively, the whole gender reveal is not my thing."

Related:
After Meghan Markle Shopped This Maternity Dress on Her Own, Sales Increased by 500%

Additionally, her pregnancy journey has made Ellie want to learn more about other mothers' birth stories and pregnancy experiences. "Never have I wanted to listen to other women's stories so much! I'm trying to take things much more in the moment now and not worry [too much] about the future because every single day it's different. It's nice to think about the nursery and what kind of baby I'll have, but personally I've been able to deal with it by being kind to myself, accepting myself bad or good, and taking it day by day."

Now, Ellie is contemplating what her life will look like while balancing parenthood with her career. "I'm excited to be a mother — but also I want to make sure that I continue to work," she explained, saying that she can't wait to go back on tour eventually. "I've been in the studio most days, [and] I'm excited for the challenge. It will be a totally new experience."