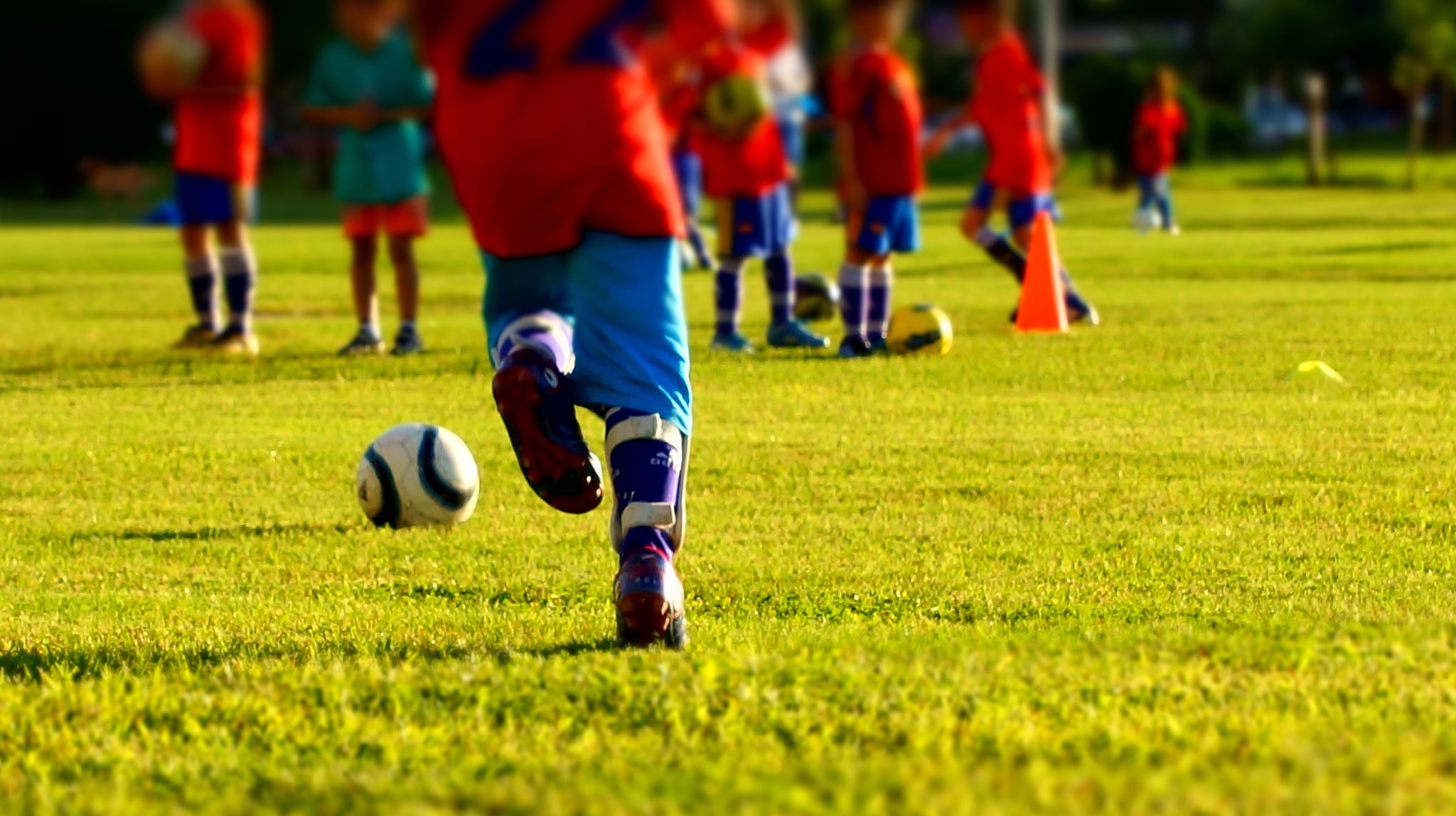 I signed my kids up for team sports because playing sports teaches kids more lessons than I can count: how to set a goal and work to achieve it, how to function as part of a team, and how to find that grit we all have deep within us. It also demonstrates that when you're working with others, on anything, those same people will depend on you. So, it's on you to bring it every single day — to training, to practice, and to games. I personally have many fond memories of playing football with my teammates, and I want that for my kids, too. But the culture has shifted dramatically since my days on the field, so I'm a little nervous about the whole thing.

I've seen kids get so worn down from trying to be "the best" that they stop playing sports all together.

I find the pressure to be "the best" in their specialised sport — which I also think kids are forced into choosing far too young — is too intense for kids today. It feels like kids are expected to be a standout athlete before they reach 10 years old. They're expected to get outside and practice instead of running through the sprinklers with the neighbours, give up going to birthday parties to play in weekend-long tournaments. And the older these children get, the more burned out they become. I've seen kids get so worn down from trying to be "the best" that they stop playing sports all together. While they loved it once, that love has diminished, or died altogether, and they can't bear to play any longer. And, this societal pressure is not the only kind of pressure I see young athletes facing, either.

Related:
I Don't Order Every Sports Photo of My Kid, Because Honestly, I Don't Need Them

Today, I also think kids involved in sports receive too much pressure from their parents. As I stand on the sidelines to watch my son play on his travel football team, I hear parents yell at their 6- and 7-year-old boys constantly. "Get up!" "Get your head in the game!" and "You better start trying!" The little boys stiffen up as their parents scream at them and then try just a little bit harder. I can't help but think that these parents should be yelling praise and encouragement. This pressure carries through to when these kids become young adults. It wears them down. As a high school teacher, I've seen it far too many times. These young adults are so burnt out from trying to please everyone around them. They're crumbling, and it's a damn shame.

I'll continue to be wary of this culture that places too much pressure on kids.

Right now, both of my young children, ages 5 and 7, play football and are dabbling with other sports and activities. I know that they're still little but I don't think that means that I don't need to worry. I'm already speaking with them about moderation and keeping the fun in the sports they play. Because without that simple enjoyment, why bother? Yes, as they grow older, they'll have to be more focussed on practising, but for now, I just hope they enjoy the game. So, as a parent, I'll continue to be wary of this culture that places too much pressure on kids. If I ever see that it's just too much for them, I won't hesitate for one single second to intervene. I don't want my kids to fall out of love with something that used to bring them joy because they're too stressed out.

Celebrity Deaths
As a Black Fashion Editor, I Have People Like André Leon Talley to Thank For My Dreams
by Shelcy Joseph 1 day ago