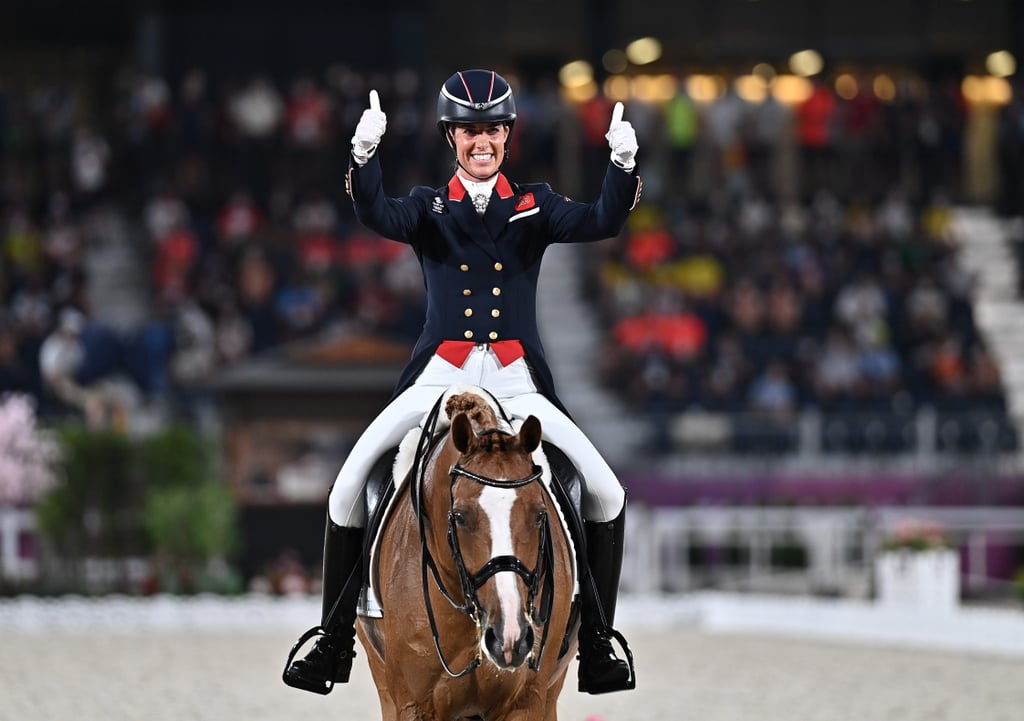 "It's just so surreal. People say it, and I can't quite believe it," Dujardin said. "Being level with Katherine Grainger was good enough, and now I have beaten her. It's incredible, and I can honestly say I am proud of myself." She added: "I can honestly say it might not be a gold medal for everyone that sees it but for me it's a gold medal. A horse that has as little experience as he does but he goes in there and he tries and he makes you so proud. I feel so emotional."

Dujardin made history at the Rio Olympics in 2016, becoming the first British woman to win gold in three consecutive Olympic games. She now has three Olympic golds, one silver, and two bronzes.

British Celebrities
MNEK Discusses Performing Live, Working With Little Mix, and Starting His Own Label
by Navi Ahluwalia 1 week ago