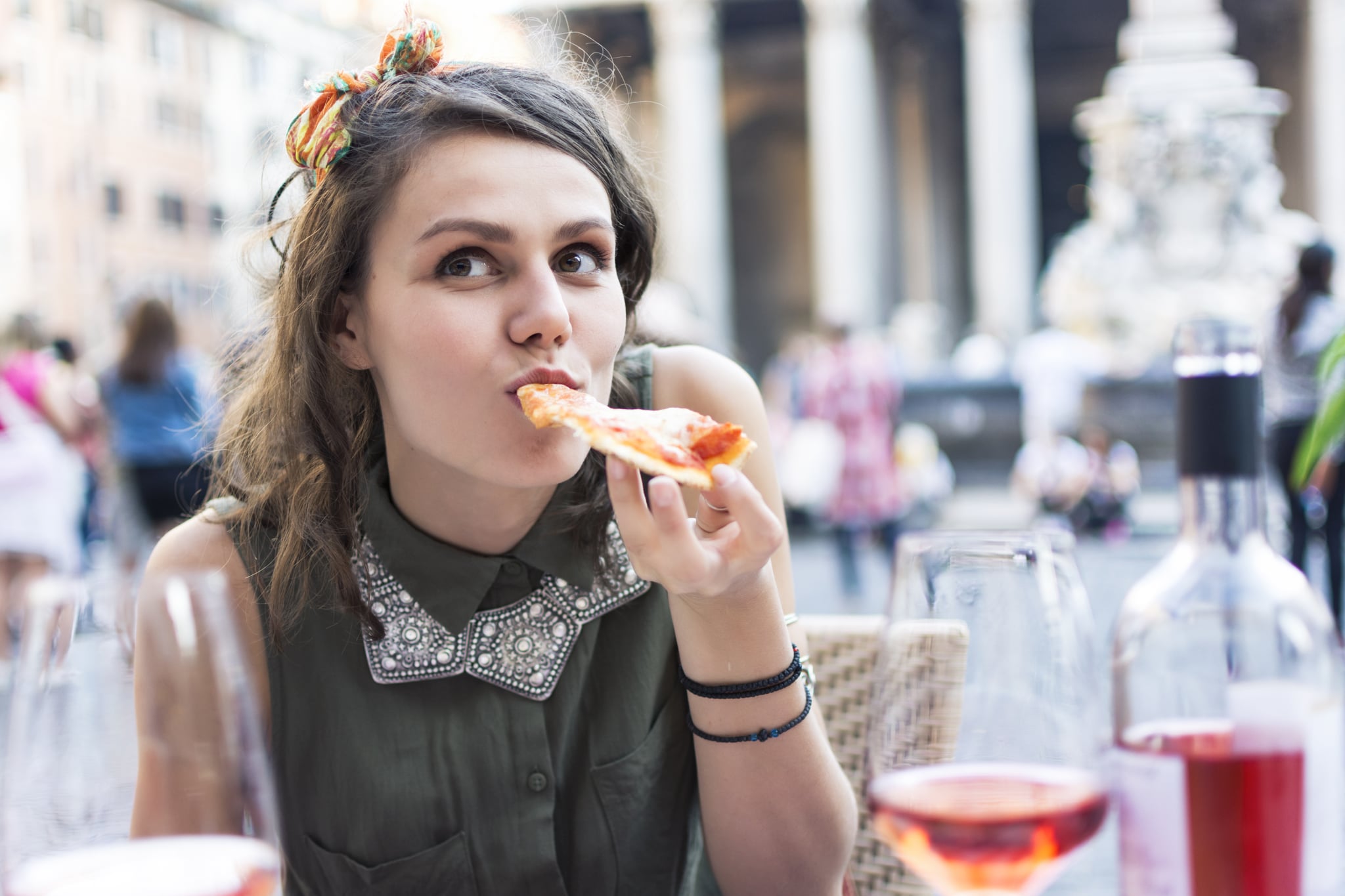 The defining aspect of the ketogenic diet, aka keto, is that it's low-carb — extremely so. Just how low-carb? If you're doing keto right, carbs should account for five to 10 percent of your daily macronutrient intake. The actual amount in grams varies based on your weight and fitness level, but it could be anywhere from 30 to 100 grams per day. To put that in perspective — there's 27 grams of carbs in just one average-sized banana.

If weight loss is your goal, though, limiting carbs is going to be a factor — it's one of the most effective ways to lose weight and keep it off, especially around your midsection. And you don't have to go on the keto diet to do it; a "normal" low-carb diet, rather than the extreme keto version, might be the better choice for you. But what exactly is the difference?

What Is the Difference Between Keto and Low-Carb?

The biggest difference between keto and low-carb, according to dietitian Kristin Kirkpatrick, RD, of the Cleveland Clinic's Wellness Institute, "is that the main goal of keto is to induce ketosis." Ketosis is a metabolic state in which your body switches over from burning glucose and glycogen (the stored form of glucose), both of which are sourced from carbs, to burning fats. The process produces ketones, which are compounds made by your liver using fatty acids. It's hard to get to this state and especially hard to maintain it because of how low you have to keep your carb intake, but it can do big things for weight loss.

A regular low-carb diet, in comparison, may never reach the state of ketosis, Kristin said, and not only because you're eating more carbs than in a keto diet. Basically, keto limits everything: 5 to 10 percent of your diet is carbs, 15 to 20 percent is protein, and 60 to 75 percent is fat. A low-carb diet could actually have a similar level of carb restriction; Kristin said that the daily amount can vary between people, but the Mayo Clinic defines a low-carb diet as 20 to 60 grams a day, which is within most people's keto percentages. What makes keto different is that it restricts protein as well. Protein is a source of amino acids, Kristin explained, which your liver can turn into glucose for fuel instead of using fat. You'll need to down on both protein and carbohydrates, then, to force your body into ketosis, and a low-carb only restricts carbs.

For comparison, the USDA's current Dietary Guidelines for Americans recommend a diet of 45 to 65 percent carbohydrates. If you just stick to the lower end of that spectrum, as Michele Fumagalli, RD, LDN, a registered dietitian with Northwestern Medicine, told POPSUGAR in a previous interview, the diet you end up with may be much lower-carb than you're used to — without going on keto or a specifically "low-carb" diet. Keeping carbs to a fourth of your plate might seem low-carb, she said, but that's actually fairly normal.

Which Is Better For Weight Loss?

Despite a lack of long-term studies on keto and weight loss, Kristin told POPSUGAR that if followed closely, both keto and low-carb diets can help with losing weight. What it really comes down to, she explained, is which is more sustainable for long-term weight loss and maintenance. It's notoriously tricky to stay on track with keto, "because the keto diet has to be followed perfectly to stay in ketosis." Even cheating a little bit, Kristin said, can throw you out of that fat-burning state. Not to mention the sheer power of the carb cravings, which can be stronger on a more restrictive diet like keto.

"Many of my patients have found it easier to sustain low-carb than keto," Kristin said, "because it allows more flexibility in range of carbs, and it doesn't necessarily limit protein content of any kind." But if you have the motivation and work well under clear rules, she said that the keto diet might work better for you. The bright side of keto's macronutrient restrictions is how clearly-defined they are; a low-carb diet doesn't offer the same guidance. Depending on your lifestyle and personality, the restrictiveness can be a help or a hindrance for weight loss.

"The best way to determine which diet is right for you is to look at other factors in your life," Kristin said. Think about your schedule, current diet, any chronic conditions, and other aspects of your lifestyle that might derail you, like a spouse or roommate who loves carbs. Whatever you choose, remember that fitness goals takes time to achieve, including weight loss, so be prepared to commit to your diet for a few months before seeing results. Check out our guides to starting a keto diet and a low-carb diet to explore your options and get going.

Keto Diet
Welp, Keto Is Officially the Least-Healthy Diet of 2022, According to an Expert Panel
by Maggie Ryan 2 weeks ago

Weight Loss
Adele Spoke to Oprah About Her 100 lb. Weight Loss and Finding Solace in Exercise After Her Divorce
by Angelica Wilson 15/11/21