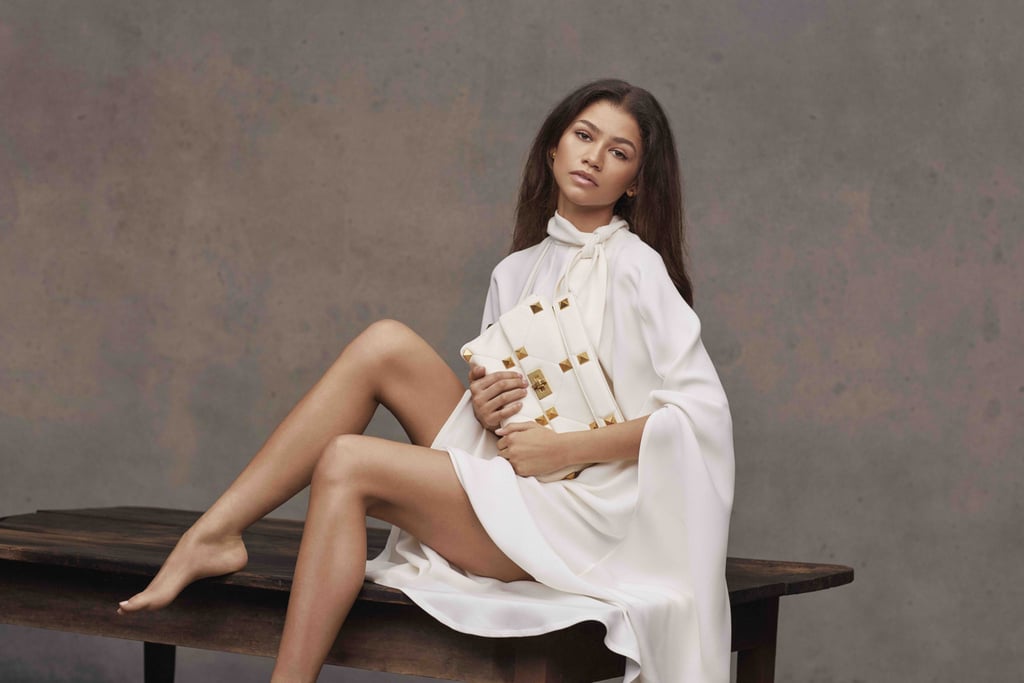 Zendaya is the face of Maison Valentino for all the right reasons. The 24-year-old award winning actor and activist was chosen by the fashion house not just because of her accomplishments and her clear love for fashion, but because of the way that she works, constantly ensuring that she's representing her generation and standing up for equality.

These are codes of the Valentino brand, according to a press release where creative director Pierpaolo Piccioli stated: "The reason why we chose Zendaya as the new face for Valentino is because she perfectly embodies and represents what Valentino is and stands for, today. She is a powerful and fierce young woman that uses her talent and her work to express herself, her values, and her generation as well."

It's no surprise that Zendaya feels honoured to represent Valentino: "I'm so excited to begin this amazing collaboration with Pierpaolo and the entire Valentino family," she said.

It's the star's contemporary view of romanticism that Piccioli was attracted to, and the vision is brought to life in the campaign that comes alongside the announcement, which shows Zendaya with the iconic Roman Stud bag in black and white. Wearing a white pussy-bow sheath in one photo and a black lace dress in the next, the looks were created by Zendaya's stylist Law Roach, who has worked with her on many projects for other brands, most notably in recent history her Essence portrayal of Donyale Luna, but also her InStyle and Elle covers.

"We have this really amazing relationship where we both add equally to whatever it is that we're doing," Roach previously told POPSUGAR. Clearly, that partnership will extend to Zendaya's upcoming collaborations with Valentino and has already proven its worth for the first campaign, which you can see in full after the jump.

Related:
Law Roach, the Stylist Behind Zendaya's Iconic Looks, on How to Make a Name For Yourself in Fashion
Previous Next Start Slideshow
Law RoachZendayaFashion NewsFashion DesignersValentino

Dominic Fike
Is Elliot Trying to Break Up Rue and Jules On Euphoria?
by Lauren Anderson 2 days ago

Celebrity Instagrams
Zendaya Mourns Ronnie Spector Ahead of Biopic Portrayal: "I Hope to Make You Proud"
by Njera Perkins 2 weeks ago

Alexa Demie
Which Euphoria Character Speaks to Your Style? The Answer Might Be Complicated
by Shelcy Joseph 2 weeks ago