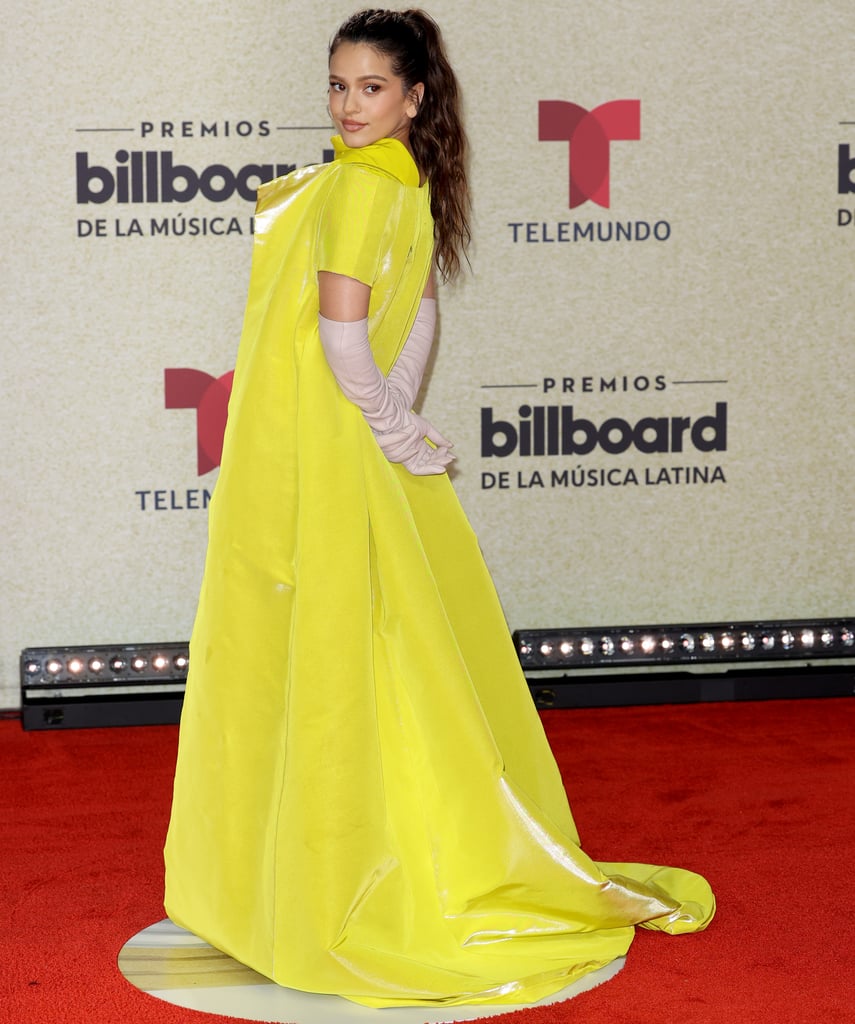 Rosalía, who was nominated for hot latin song of the year at the 2021 Billboard Latin Music Awards, commanded attention when she hit the red carpet in Valentino. Her two-piece design hailed from the autumn/winter 2021 Couture runway and came complete with a thick satin cape in what we're calling a "Disney princess" sheen. (Remember when you just wanted to reach out and touch all the high-shine, glimmering dresses that sashayed down Main Street as you enjoyed the parade as a kid? Yeah - that's the mesmerising, eye-catching effect we're referring to.)

Rosalía worked the floor-sweeping overcoat over an asymmetrical sheath dress in the same hue that featured an elegant cowl neckline and open back. While you could just make out her PVC sandals as she posed for the cameras, the standout accessory was her leather, elbow-length gloves — a personal touch and a way to reinterpret this Valentino look for the mood of the evening. It's safe to say that Rosalía turned the most heads her way when she showed up in this highlighter shade. On her, the striking colour looks more bold, dramatic, and confident than any bit playful. Scroll for an all-angles view of Rosalía's fierce fashion moment. 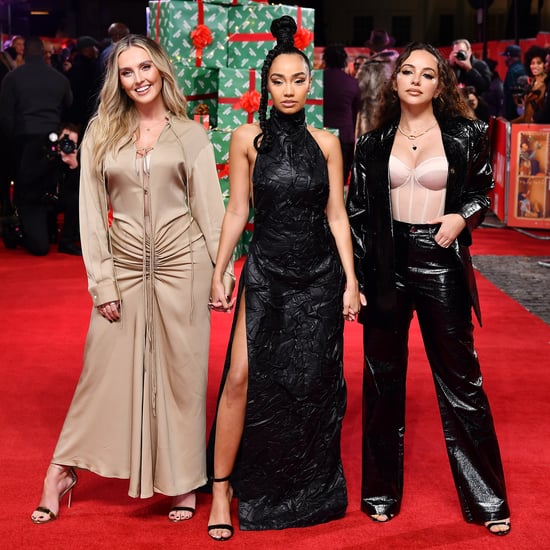 Celebrity Style
Leigh-Anne Pinnock's Best Accessory at the Boxing Day Premiere? The Support of Besties Perrie and Jade
by Kara Kia 1 day ago

Celebrity Style
Dua Lipa, Rochelle Humes, and More of the Best Dressed at the 2021 British Fashion Awards
by Kara Kia 3 days ago