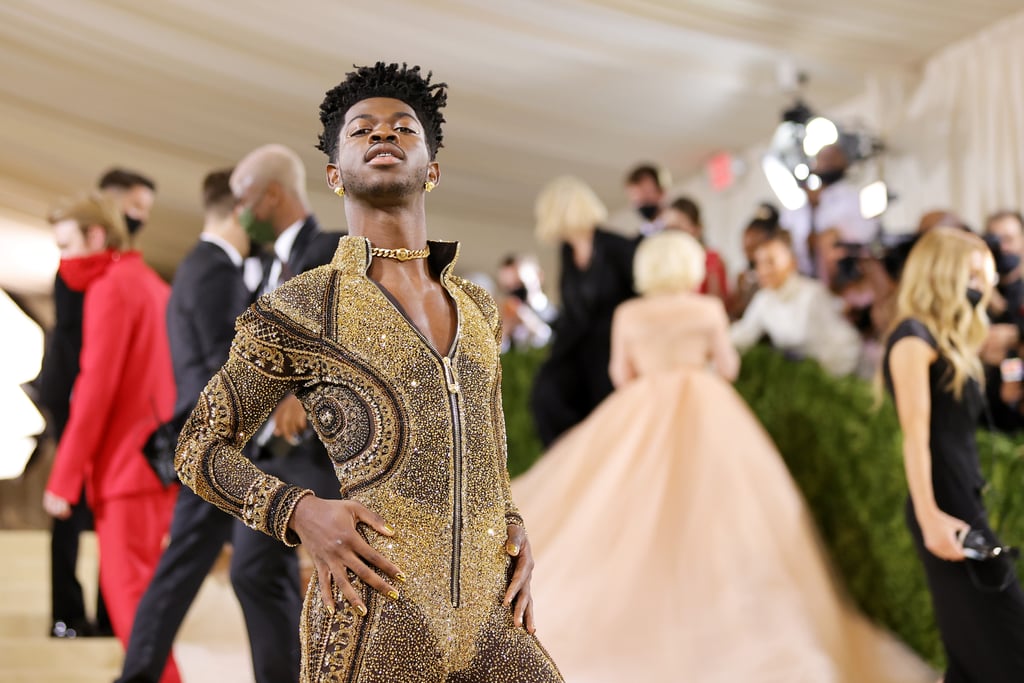 The 2021 Met Gala theme may have been a celebration of American fashion, but it appears as though Lil Nas X garnered inspiration from Russian nesting dolls when piecing together his looks for the night. The "Industry Baby" singer wore not one but three outfits custom-designed by Versace, each layered over one another à la the aforementioned dolls.

He arrived at the Metropolitan Museum of Art looking like absolute royalty in a billowing, champagne-coloured cape, and mere moments later, two men in suits helped him shed the outer layer to reveal a shiny gold suit of armor, complete with a six-pack, natch. Last, but most certainly not least, Lil Nas X's grand finale look was an intricately beaded bodysuit that zipped up the front and made him look like a sultry superhero. Read ahead to take an all-angles look at Lil Nas X's multifaceted appearance at the Met Gala.

Celebrity Beauty
Zendaya Has Experimented With Every Type of Fringe, but Her Latest May Be Our Favourite
by Yerin Kim 1 day ago

The Harder They Fall
Aww! JAY-Z Had the Purest Reaction When He Spotted Kelly Rowland at His Movie Screening
by Monica Sisavat 3 days ago

Celebrity Style
BTS Auction Off Their Louis Vuitton Grammys Suits For a Cause, and J-Hope Throws in His Rings!
by Sarah Wasilak 5 days ago