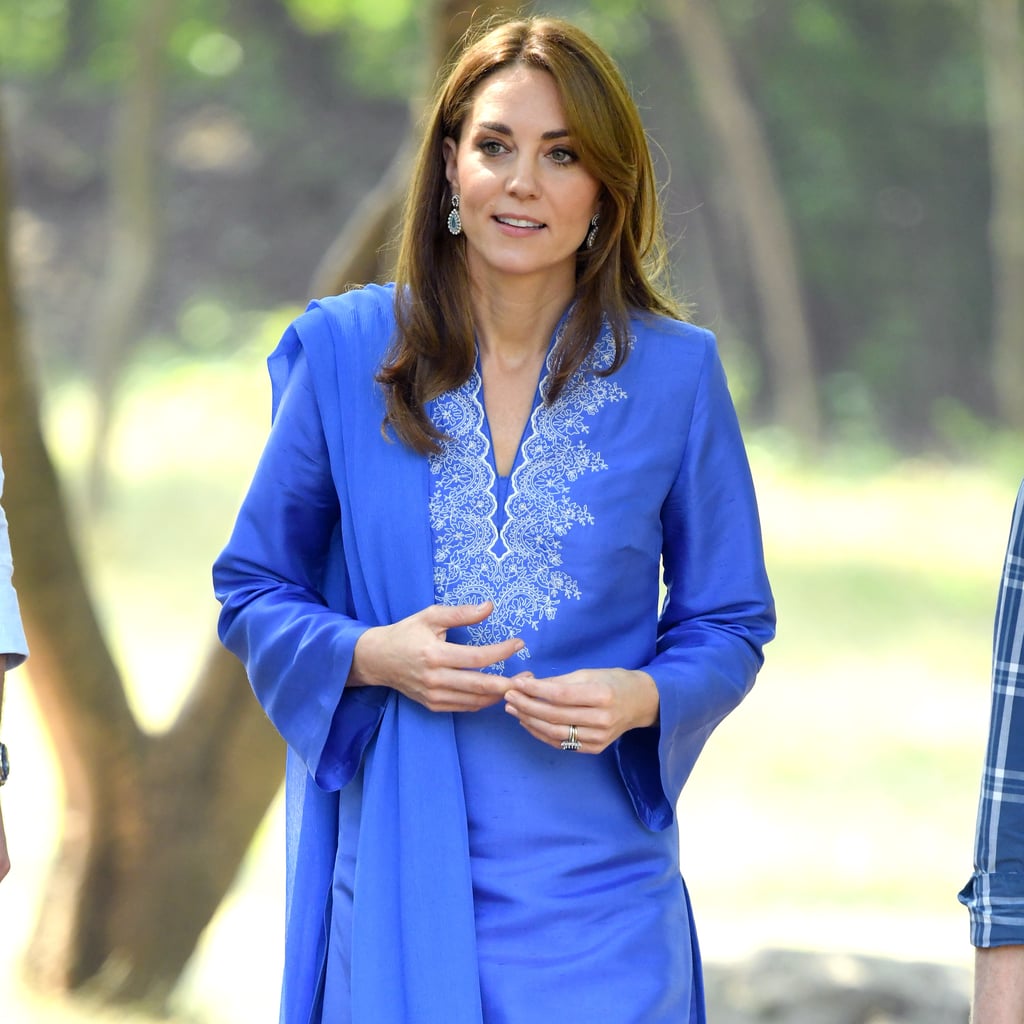 The royal tour of Pakistan is in full swing, and the Duchess of Cambridge has already given us some memorable looks. After taking her wardrobe in a slightly different direction over the last few months, this week the duchess has gone back to what she knows best, choosing a mix of classic designers and local talents to craft a tour wardrobe that's elegant, timeless, and inspired by local traditions.

From the moment she stepped off the plane, it became clear that Kate's wardrobe for this historic royal tour would take its cue from the location, with the duchess's first look inspired by the shalwar kameez, a traditional combination dress worn in large parts of South and Central Asia. Though the piece was by a British label, Catherine Walker, it definitely suited its surroundings and had many people thinking back to Princess Diana, who wore the same label and took a similar sartorial approach when she visited Pakistan in 1996.

As the tour continued, Kate stuck to this approach, carefully mixing pieces by local designers like Maheen Khan with custom styles from her most established go-to British designers. She also sprinkled in some affordable items from both locations, including a pair of New Look shoes and jewellery by Zeen, and stunned in an incredible evening gown from one of her favourite designers for an evening reception. Keep reading to take in all her tour looks so far.