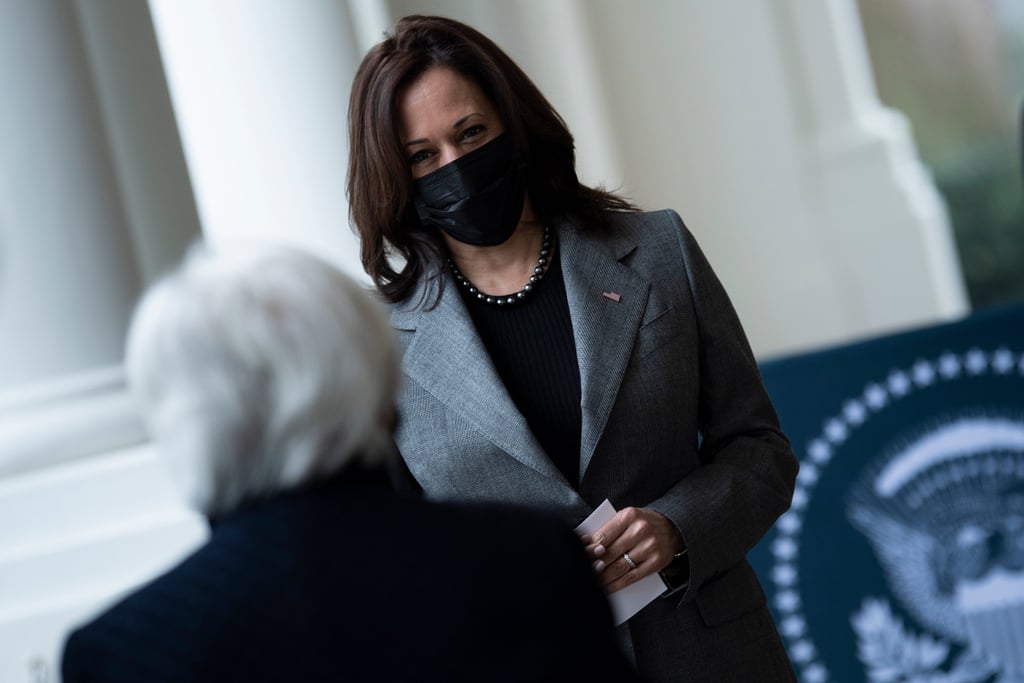 "Madame vice president-elect has a lot of work to do," wrote fashion editor André Leon Talley of Kamala Harris's polarising American Vogue cover. "And she is not thinking every day about how she is looking." While Talley is absolutely correct on that point, it's also true that what the Vice President wears is political — and fans aren't too happy with her recent choice of a Dolce & Gabbana suit.

It's difficult enough being a women in politics and having your every move — and fashion choice — being much more heavily scrutinised than your male counterparts. Then, there's the added pressure of representing such monumental, historical change. Although Harris has done well so far, she and her team aren't going to get it right every time. The Vice President's signature Converse trainers have become a symbol for her relatability, signifying that such a powerful political position is accessible to all women, especially young women of colour.

Being a champion of POC communities is a narrative that's been reinforced through Harris wearing many emerging Black and LGBTQ+ American designers — like the statement purple Christopher John Rogers coat she wore at the Biden-Harris inauguration, the camel Pyer Moss coat she wore later that evening, and the Sergio Hudson sequinned black dress worn to the Celebrating America TV special the following day. We commend Harris's commitment to emerging Black and LGBTQ+ designers, which is why her recent appearance in a grey Dolce & Gabbana suit is so confusing.

The fashion faux pas was pointed out by Instagram account "Kamala's Closet" (@kamalascloset) in a series of story highlights. Initially, Harris was noted wearing a lace-panelled wool jumper by the brand during her first weekly lunch with US President Joe Biden on 21 Jan, but because the jumper was a past season item, Kamala's Closet owner Vittoria Vignone was "convinced that the sweater was an anomaly. That even though I knew it was from D&G and she often repeats brands, I again didn't think of the brand today when Kamala appeared in a new suit. Then Kamala was photographed with the jacket off to receive her second vaccine, and D&G's tell-tale leopard lining revealed itself. I quickly found a D&G match. The suit isn't one she's worn before and it's still being sold. Am I a bit disappointed by this?"

While Kamala's Closet's follow-up critique of the Vice President wearing non-American brands so soon after the inauguration is up for debate, what is fact is that "D&G as a brand is surrounded by a lot of political controversy." For those without their eyes and ears consumed by the fashion world, it might be a surprise that Dolce & Gabbana has been repeatedly criticised for racism, homophobia, and advertising that normalises violence and rape culture since 2007. The most recent controversy was in 2018, when Dolce & Gabbana promoted a series of offensive videos featuring a Chinese model attempting to eat Italian food with chopsticks — the video resulted in many Chinese celebrities and the wider fashion world boycotting the brand.

Dolce & Gabbana is extremely problematic, but even some fashion enthusiasts are unaware of the brand's complicated history, so we don't expect Harris and her team to be completely up-to-date with the fashion world when she's busy running a country. But given the Vice President's track record of making very purposeful decisions, especially when it comes to fashion, we hope this was merely an oversight — and that the right people are informed of why this fashion choice inverts what she stands for so that better is done in the future.

Celebrity Style
Dua Lipa, Rochelle Humes, and More of the Best Dressed at the 2021 British Fashion Awards
by Kara Kia 1 day ago 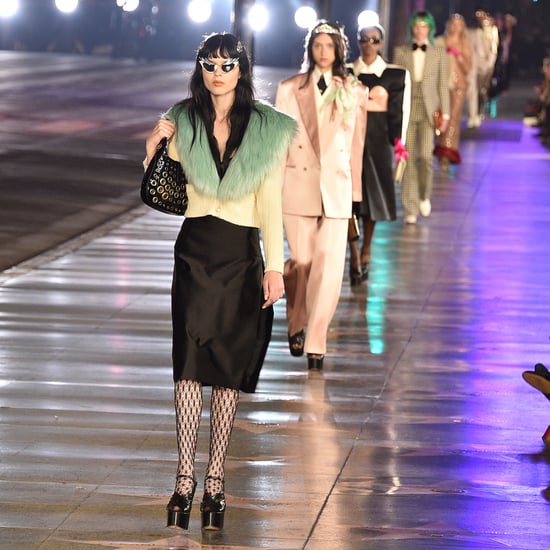 Spring Fashion 2022
Gucci Shuts Down Hollywood With Jared Leto on the Runway, Miley and Lizzo in the Front Row
by Sarah Wasilak 3 weeks ago