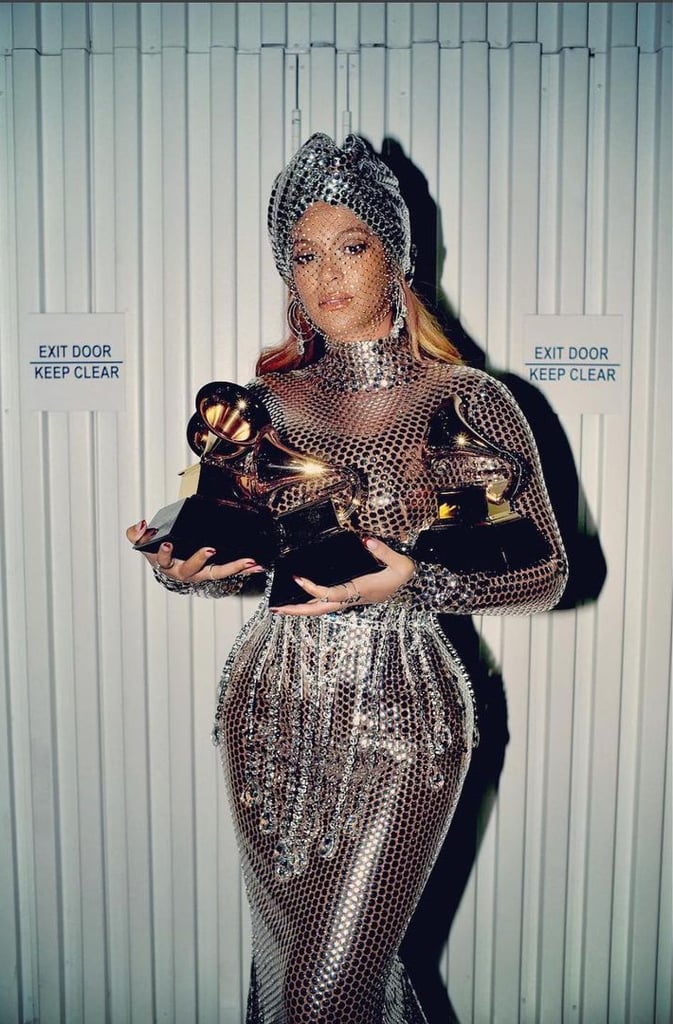 Ahead, get a closer look at Beyoncé's sparkling, head-to-toe custom Burberry outfit at the 2021 Grammy Awards afterparty.

Peloton
Ring the Alarm! The Peloton x Beyoncé Artist Series Is Back and Ready to Get Everyone Moving
by Angelica Wilson 3 days ago

Celebrity Style
BTS Auction Off Their Louis Vuitton Grammys Suits For a Cause, and J-Hope Throws in His Rings!
by Sarah Wasilak 1 week ago

Celebrity Style
Beyoncé's Black Velvet Gown Took 10 Days to Make, and Boy, Was It Worth the Wait
by Sarah Wasilak 2 weeks ago