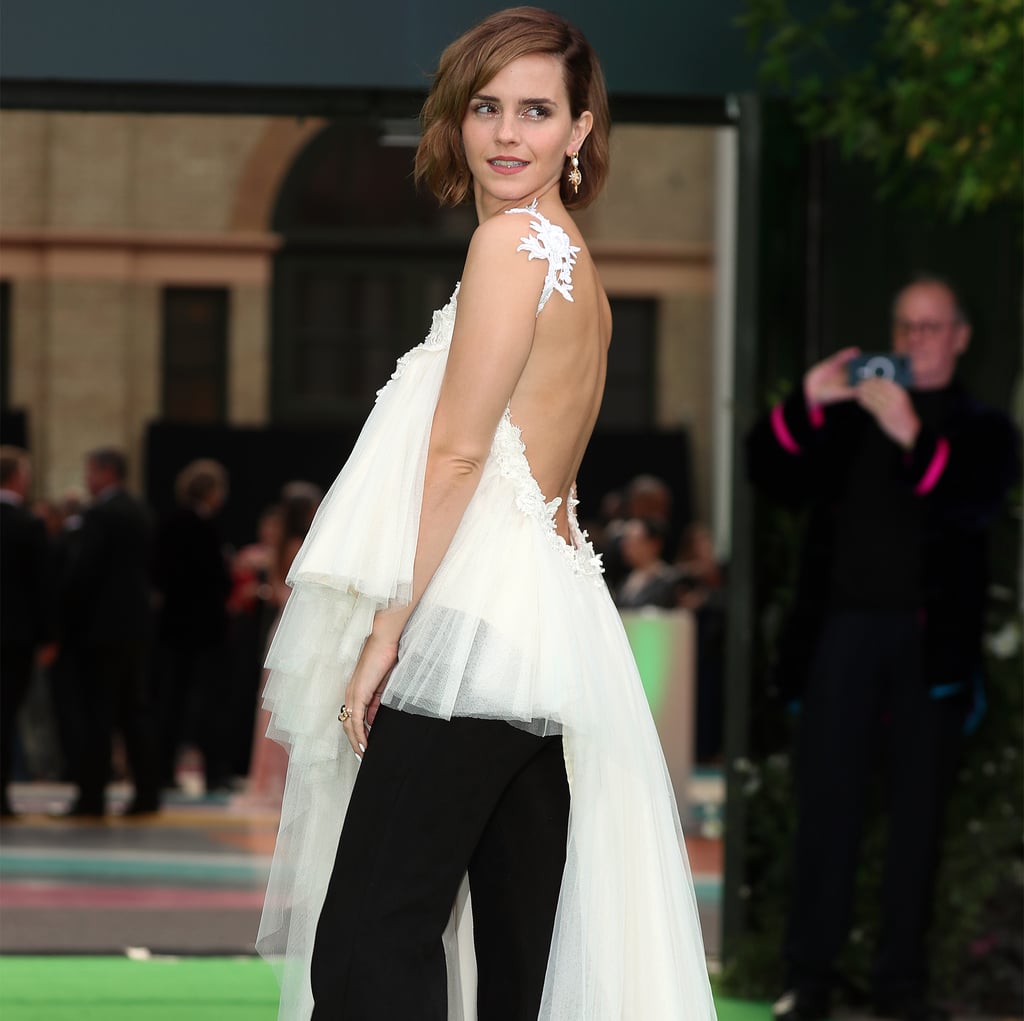 Though it's been a minute since actor and climate activist Emma Watson has attended a public event, we never doubted she'd dress to impress when the opportunity came. After all, this is the woman who walked the stairs of the Met Gala in a Calvin Klein look made of plastic water bottles in 2016 — and there are so many designers just starting to shift their focus to sustainable practices now, in 2021! Speaking of wearing clothes that matter, Watson chose an incredible Harris Reed combination for this event — the green carpet at the Earthshot Prize awards ceremony in London — where she presented onstage.

Once again, Emma did her red carpet research. Harris Reed, who attended the 2021 Met Gala with the great supermodel Iman in September, is focussed on fighting for the beauty of fluidity through fashion, and customised a head-to-toe up-cycled Couture gown made from old wedding dresses. Styled with Harris Reed x Missoma jewellery (which is on sale now), black bell-bottoms from the brand, and rubber tread sole boots, the tulle number came with a lace embroidered trim and was completely backless, so Emma worked her angles.

Reed called it an immense honour to have crafted the design, and thanked their team for the hours of hard work. Of course, for something so voluminous and statement making, Watson carried it well, clearly making a point that Reed's DNA, rooted in liberation and described as "Romanticism Gone Nonbinary", is important to her, as well as the simple act of repurposing materials to reduce her carbon footprint. There was no better time and place to wear Harris Reed with pride. Scroll to take in the moment.