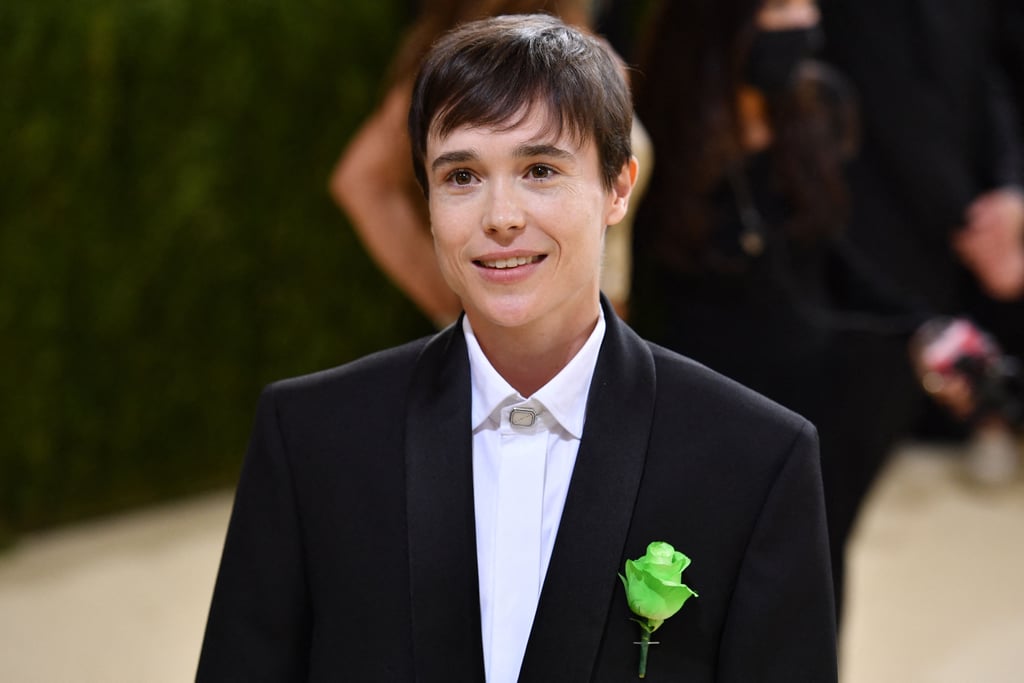 Elliot Page looked effortlessly cool at the Met Gala on Monday. The actor wore a black Balenciaga suit and chunky trainers, also by the brand, for his first-ever appearance at the famous fashion event. It was his boutonnière, however, that caught our attention, and added some symbolism to the otherwise understated ensemble.

The green rose pinned to Elliot's suit is widely being interpreted as a nod to Oscar Wilde. The poet and playwright famously had one of his actors wear a green carnation on opening night of his 1892 comedy Lady Windermere's Fan. He also had several of his friends wear green carnations on their lapels as well. Being that Oscar was believed to be gay, and prominently featured gayness as a theme in his work, the green carnation has since been claimed as a symbol for gay men and queerness, more generally.

The high-profile outing was a significant one for Elliot, who publicly came out as transgender in December 2020. In an interview with Time a few months later, Elliot spoke about previously struggling with dressing for red carpet events. "I just never recognised myself," he said. "For a long time I could not even look at a photo of myself."

Related:
Black Designers Are Having a Big Night at the Met Gala, and I'm So Here For It
Previous Next Start Slideshow
Celebrity StyleLGBTQ+PantsuitsBalenciagaMet GalaSneakersAll AnglesRed CarpetMenswearElliot Page