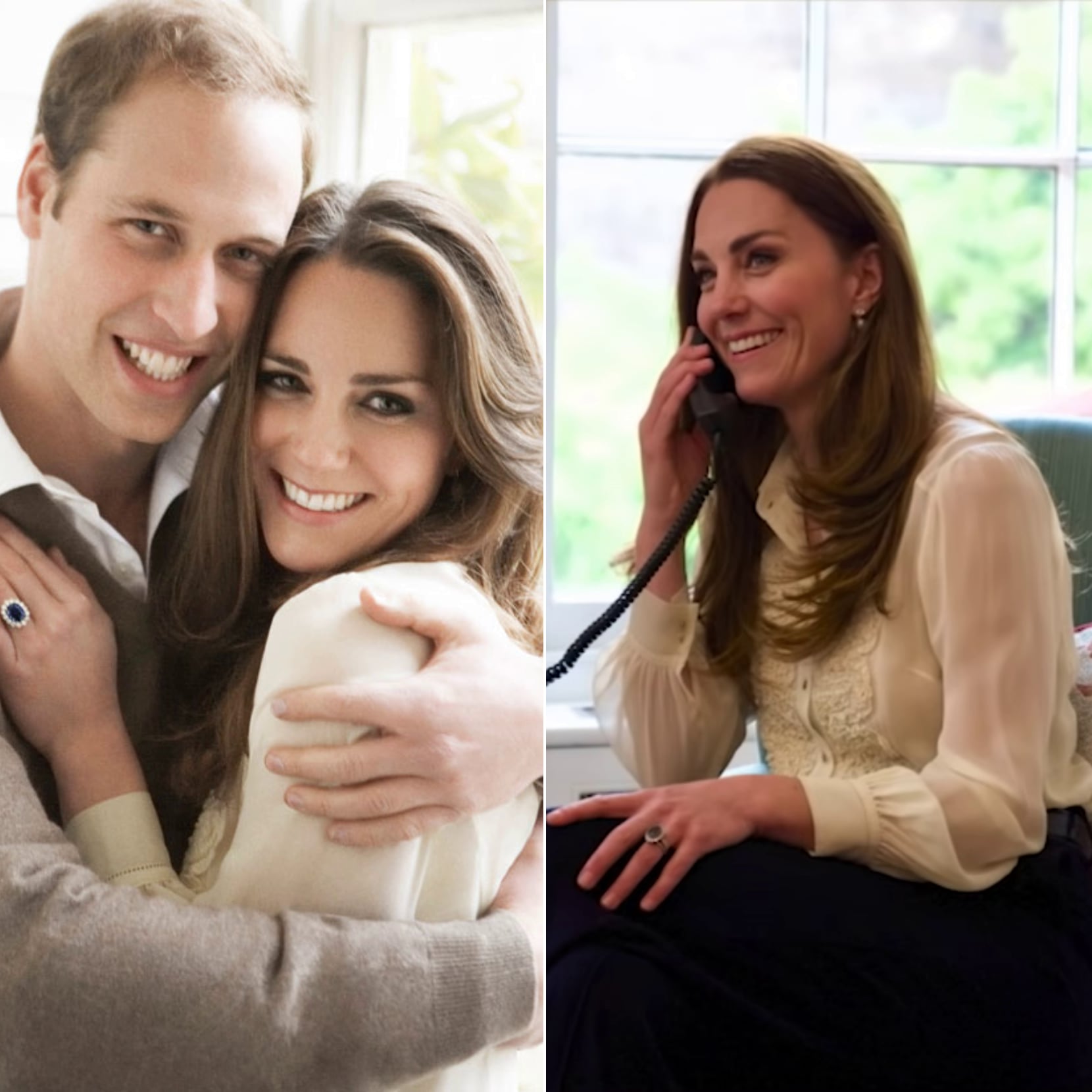 Despite amassing an extensive wardrobe since becoming the Duchess of Cambridge, Kate Middleton still reaches for some of her favourite wardrobe items time and time again. In a recent video added to The Duke and Duchess of Cambridge Youtube channel, the Duchess is seen wearing a cream coloured Whistles silk ruffled blouse that she previously wore in her 2010 official engagement photo with Prince William.

In support of Catherine's Hold Still campaign, the Duchess shared a video to The Duke and Duchess of Cambridge's new YouTube channel where she checks in with one of the campaign participants — a young child named Mila who has been isolating separately from her parents due to being only 4 months into chemotherapy when lockdown began. In the video, the Duchess rewore her Whistles silk ruffled blouse from 2010 with a pair of smart navy trousers and pearl-and-diamond earrings frequently borrowed from Queen Elizabeth. The choice to rewear her decade-old blouse only a week after the Cambridges celebrated their 10-year anniversary is both a nod to the strength of their union and Catherine's commitment to conscious fashion choices. 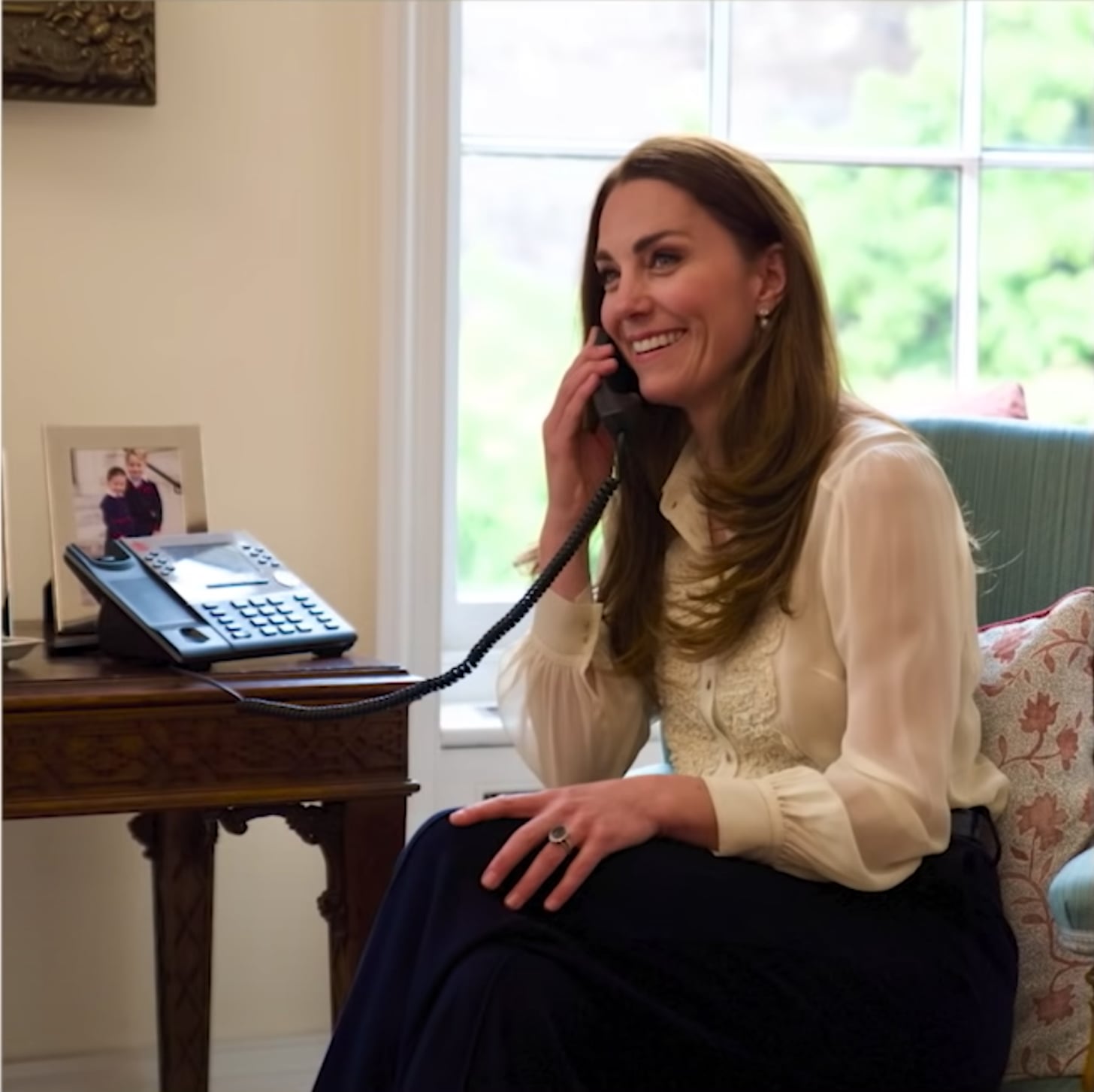 Celebrity Style
Anya Taylor-Joy Is a Goddess Among Mortals In This Shimmering, Sheer Dior Gown
by Hannah Weil McKinley 3 days ago

The Royals
Meghan Markle Reflects on the Highs and Lows of 2020: "We Found New Ways to Be Close"
by Monica Sisavat 3 days ago

Celebrity Style
The Isabel Marant Wedge Trainers Beyoncé Made Famous Are Back — and 10 Centimetres High!
by Sarah Wasilak 4 days ago