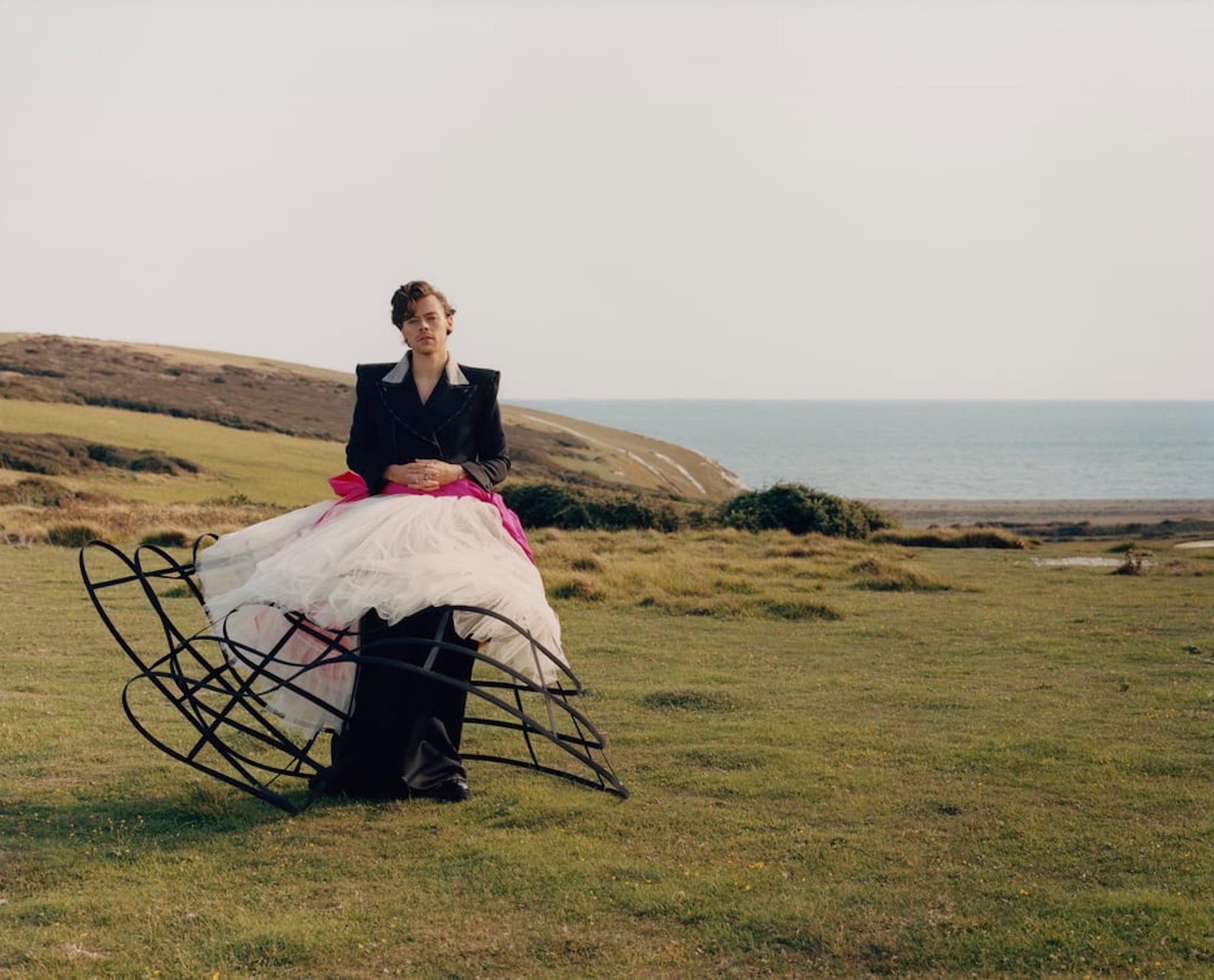 American conservative commentator Candace Owens has made a remark on Twitter about Harry Styles's solo Vogue cover that challenges gender stereotypes. Styles wears a Gucci dress and skirts throughout the editorial and speaks openly about his love for dressing up, paving the way for nongendered clothing that speaks to everyone. "When you take away 'There's clothes for men and there's clothes for women,' once you remove any barriers, obviously you open up the arena in which you can play . . . anytime you're putting barriers up in your own life, you're just limiting yourself. There's so much joy to be had in playing with clothes," Harry said.

Owens's ignorant response to the incredible photo series, shot by Tyler Mitchell, is a clear indication that she feels differently. "There is no society that can survive without strong men," she wrote, suggesting that just because Harry wears clothes that she considers to be feminine means he isn't "manly." Her Tweet sparked outrage from Styles's supportive fans and celebrities. Olivia Wilde, author Molly Knight, and Elijah Wood were just a few of the people who offered Owens up the facts, our favourite of which just might be Wilde's "You're pathetic."

Exactly zero Tweets that we could find contained any sort of validity that Styles is not a strong or "manly" man; in fact, you'll find none of those, though Owens did have her own supporters. Editor Ben Shapiro responded to her Tweet, writing, "This is perfectly obvious. Anyone who pretends that it is not a referendum on masculinity for men to don floofy dresses is treating you as a full-on idiot." Elijah Wood's message to Owens summarises our stance on the matter best: "I think you've missed the definition of what a man is. masculinity alone does not make a man, in fact, it's got nothing to do with it."

Click over to Vogue to enjoy the long overdue December 2020 cover shoot, where Harry models gowns, pussy-bow blouses, checked pants, and skirts, all of which don't speak specifically to men or women but just to Harry's dignified sense of personal style.