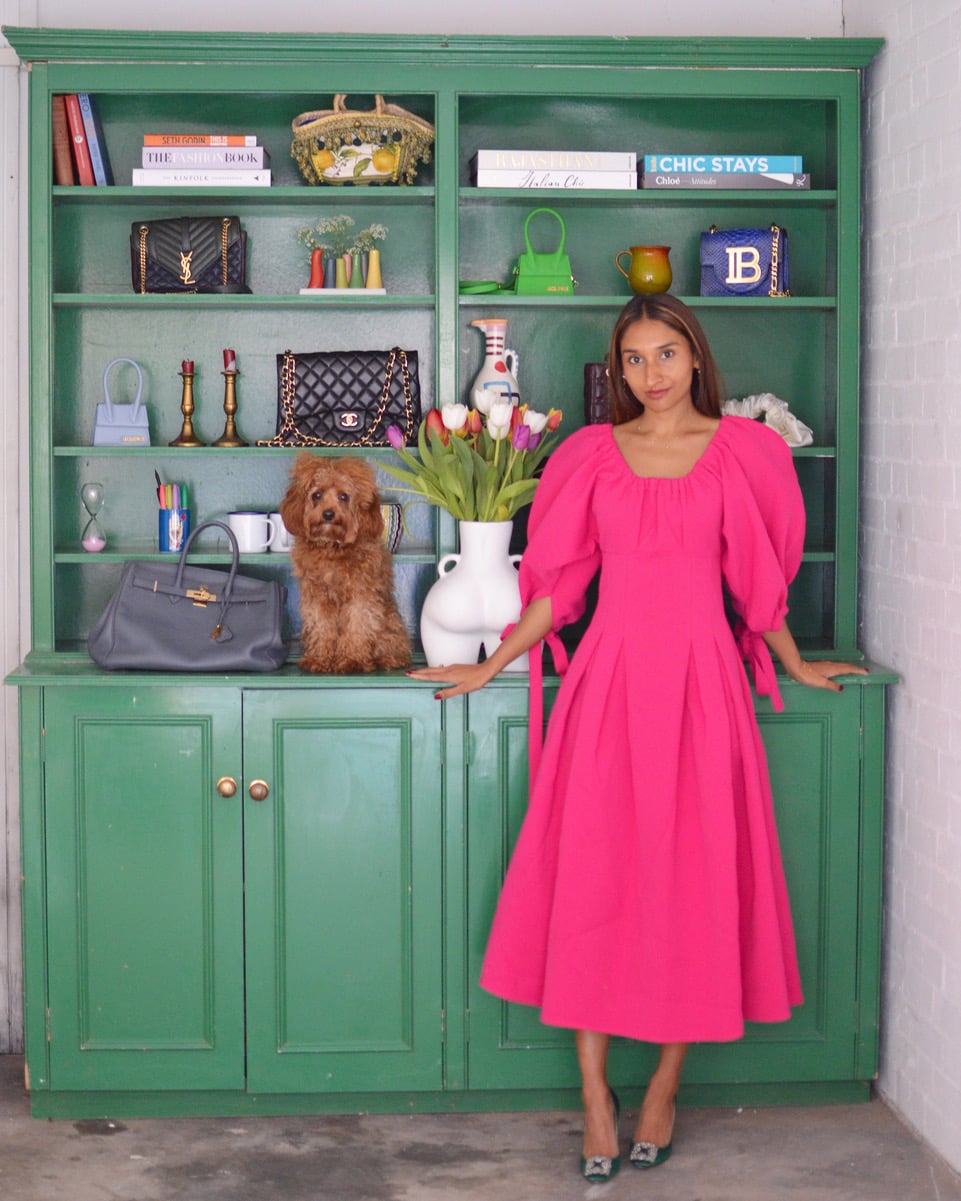 By Rotation is the largest peer-to-peer fashion rental app on the market, thanks to its enterprising founder Eshita Kabra-Davies. While working as a 20-something in finance, she had a brilliant idea — to make designer pieces accessible at fast fashion prices and build a company that would be the Airbnb of fashion rental. With a lightbulb moment and a year of tireless hard work, By Rotation is leading the rental revolution in the UK — here's how Eshita's making it happen.

How By Rotation Works: Lenders can set up a profile, photograph their own pieces, and have full flexibility on pricing, rental periods, and discounts. Once the transaction between lender and renter is complete, lenders are paid within 5-7 business days — making an average of 10% of the retail price for their pieces. By Rotation also offers a rental management service, if you don't have the time to handle your stock directly.

You Need a Mission

Eshita's idea for By Rotation was inspired by a "first world problem". In November 2018, she wanted to wear beautiful designer outfits to be photographed in while on honeymoon in Rajasthan, India. But she didn't think that £800 for one dress, for one photo, made a lot of sense — which got her thinking about fashion rental.

When Eshita actually arrived in Rajasthan — her motherland, which she hadn't visited in 13 years — she was shocked to see the amount of textile waste everywhere she went. "It wasn't just in the landfills that we all know about," Eshita tells POPSUGAR. "It was also in rural areas where countryside people were living, and yet you have dogs, and pigs, and cows, and lambs eating human waste — by human waste, I mean synthetic waste".

"[By Rotation] is not just about getting to wear designer clothing for cheap. It's more than that. It's about being part of a conscious community." — Eshita Kabra-Davies

Upon returning to London in February 2019, Eshita was inspired to take her fashion rental idea one step further and provide a service that was about using what you already have within a community. By Rotation is about "sharing, and not just buying more," says Eshita. "It's not just about getting to wear designer clothing for cheap. It's more than that. It's about being part of a conscious community." 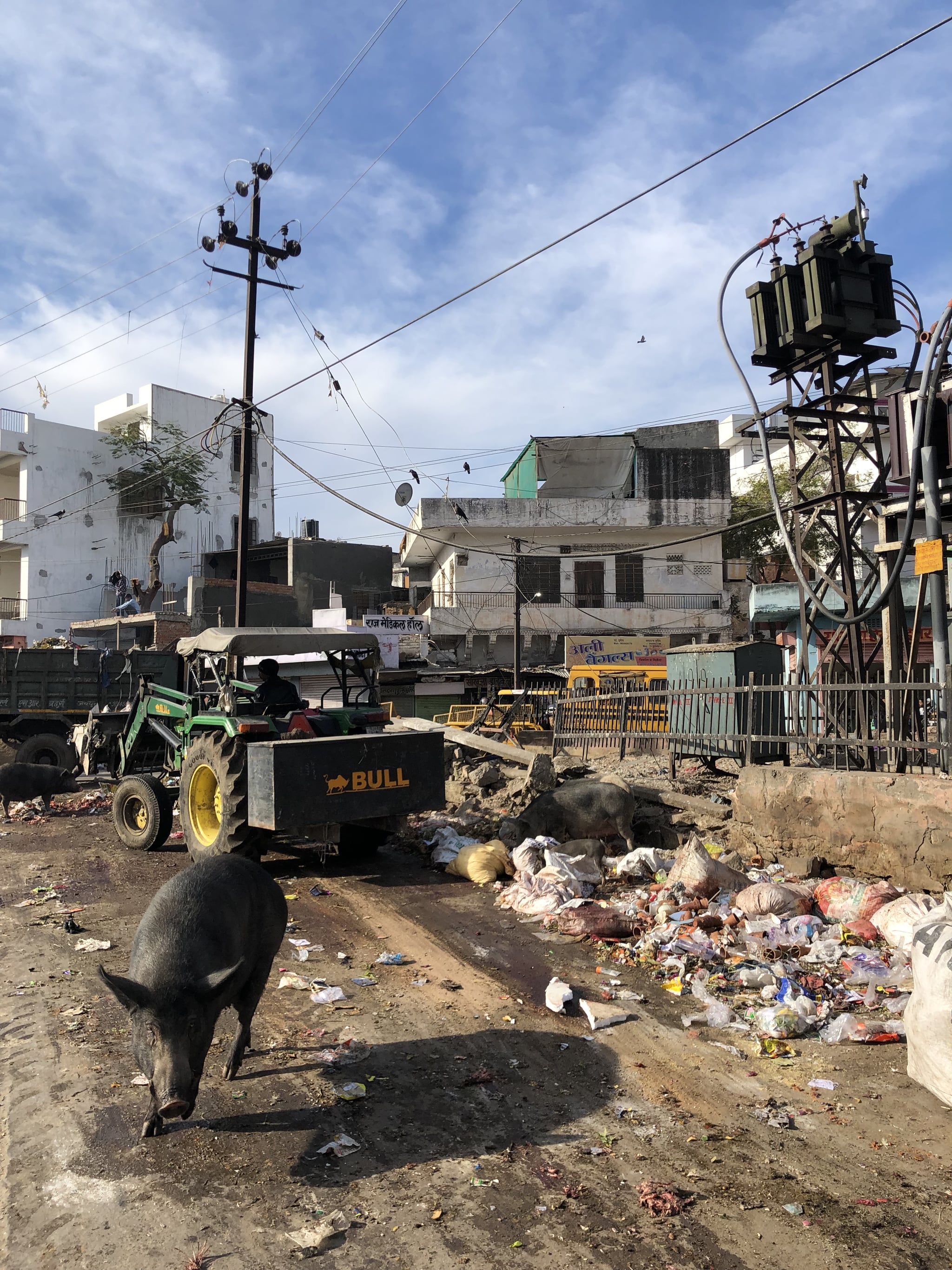 The conscious community that Eshita is building through By Rotation is not limited to circular fashion practices, but it's also about diverse representation for women in business and women in fashion. "One thing that I noticed back then was that I was the end consumer," she says. "I was the one that all this marketing, events, influencers, and branded content was speaking to, but there was never any representation for the average actual paying consumer — which is me."

"I'm a brown female, and when I spend my money, I can't really support brands that don't have any person that looks like me," she explains. Eshita wanted to challenge the exclusivity of the still very white, very thin, and very privileged fashion industry by creating a great product and occupying her space with innovation and perseverance. That's what drives Eshita as a young entrepreneur — representation and sustainability.

You Need a Mentor

Why make all of your own mistakes when you can learn from the mistakes of those who came before you? Eshita didn't start out with a mentor but acquired one as she got more serious about By Rotation. While attending an event that her soon-to-be mentor was speaking at, Eshita approached them directly and spent months convincing them that her business and drive were worth being a part of. "A mentor helps in keeping a sense check and thinking about the wider picture, as opposed to day-to-day operational tasks", she tells POPSUGAR. During the coronavirus, for example, people aren't renting clothing as much, but Eshita's mentor suggested to her that it's a good time to rethink the vision behind By Rotation and think about where her business is today, compared to how she started off six-and-a-half months prior. Although it's not integral to have a mentor at first, it's helpful to have a more experienced soundboard that can give you objective feedback and practical advice. 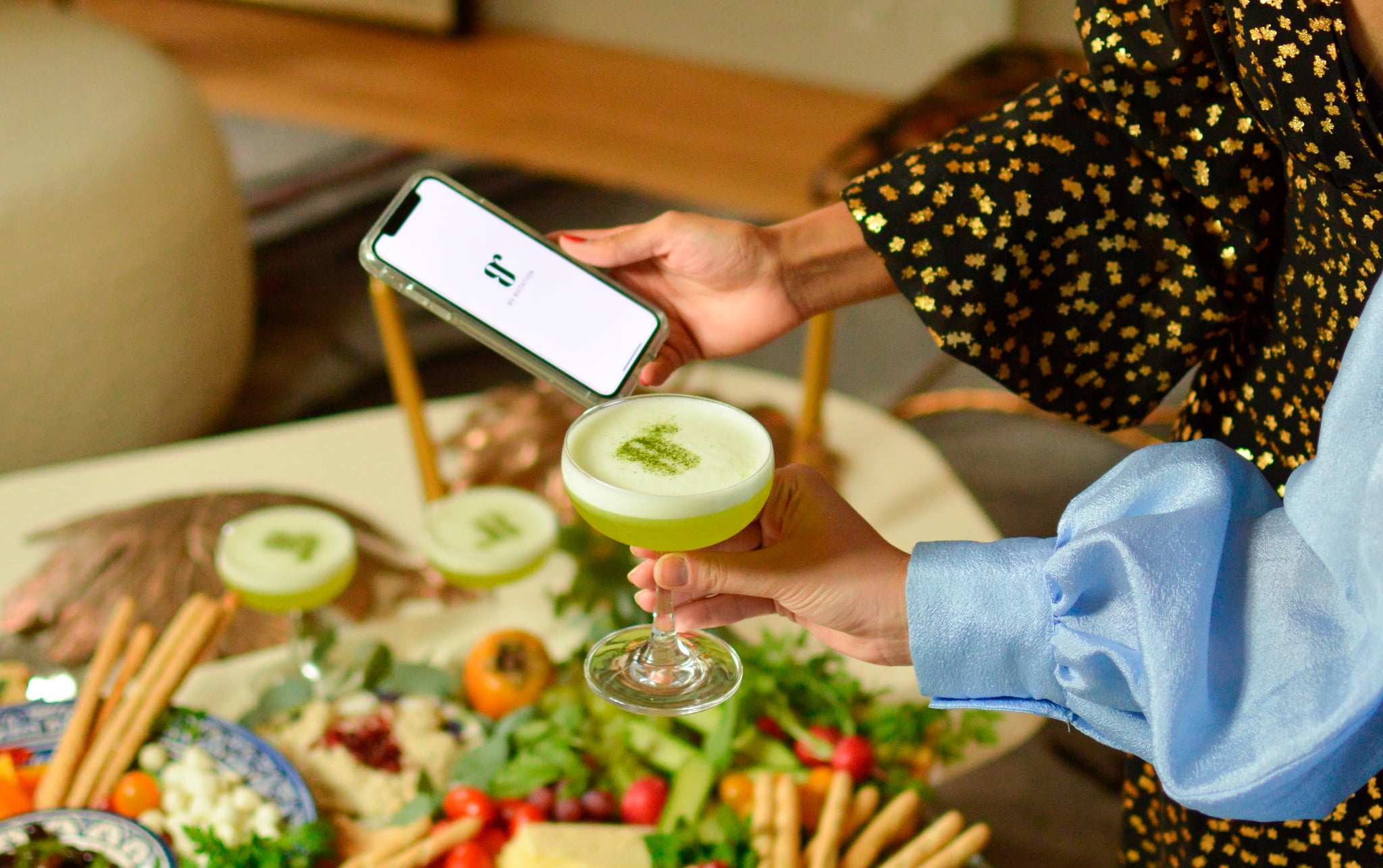 Despite previously working at an American hedge fund and having excellent financial connections, Eshita decided that By Rotation needed to be self-funded. For many small business owners, self-funding is not an option, but Eshita took this route so that the company would be completely controlled by her in the long-term — not end partners and no complications as the business grows. "I funded the business via my savings throughout my career," she explains. "By Rotation has been very mindful of its budget. All our team members are freelancers, and our technology has been developed by my husband and our close friend".

If self-funding is not possible, then Eshita recommends applying for government grants and awards, and then approaching angel investors as your next source of funding. "If you have a great idea, you'll be getting a lot of interest from potential investors," she says. "The advice here is to accept funding only from those who bring more than just cash flow. They need to be a strategic fit in line with your long-term goals". 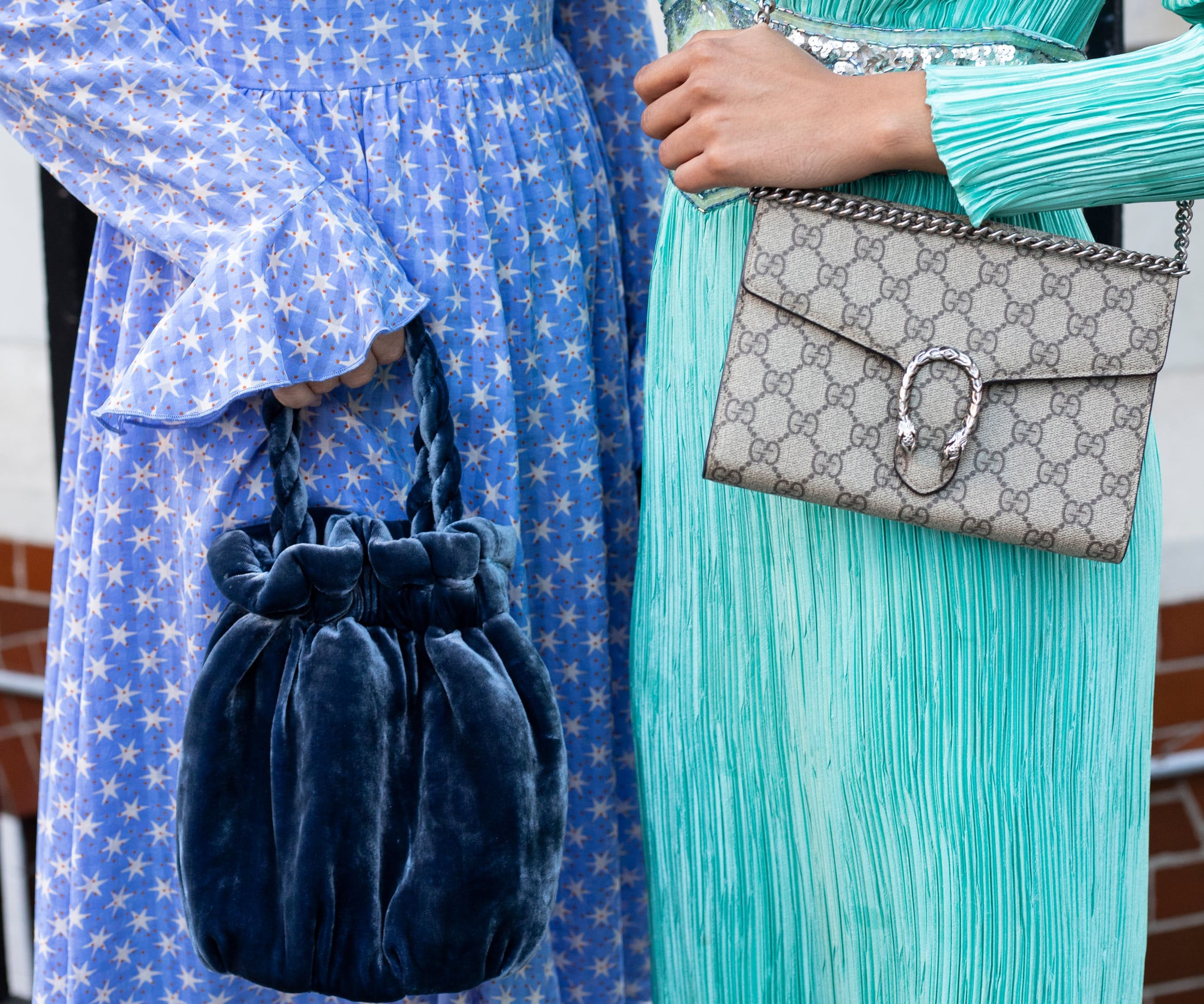 You Need to Understand Your Customer

"I started looking at the backend statistics of how our test platform — which was a website — was being used and noticed that about 65 percent of the people on it were using their mobile phones," Eshita shares. "Then, I started noticing that Net-a-Porter and similar websites were convincing shoppers to use their apps, which also gave a further discount". That's when Eshita realised that the app is becoming central to how we interact with fashion. She further considered the success of app-based fashion companies like Depop and Vestiaire Collective and decided that By Rotation needed to be a peer-to-peer app as well. The day that the By Rotation app launched was the same day that Eshita left her full-time career in finance after six years.

You Need to Be Ready to Multitask

Many female entrepreneurs that I've spoken to share a very similar key piece of advice — you and your team need to be multitalented and ready to hustle hard. As previously mentioned, Eshita got help building the By Rotation app from her husband and a good friend. But before the app launched, Eshita was both head cook and bottle washer of her business. She built the beta website by herself in a weekend, used her skills to design the By Rotation logo, launched an Instagram account for the company, and took charge of her own marketing in a very organic way.

After Eshita had the digital presence of the brand established, she worked tirelessly to position herself and By Rotation in the right places and around the relevant people. "I think I went to seven events in one week, once. I went to like three events on a Saturday and two on a Sunday, and then I did some in the evenings," she shares. "But I just thought it was very important for me to start meeting people who care about this because I had a lot to learn myself, and my friend circle has nothing to do with fashion or media or sustainability, so I had no connections. I just really threw myself into it and stopped having a social life. But that aside, I really enjoy doing all of this and really putting myself out there."

Instagram
Instagram Is Bringing Back Its Chronological Feed, but Is That a Good Thing?
by Haley Lyndes 14/12/21

Instagram
Does Instagram's Latest Update Include Screenshot Notifications? Here's What We Know
by Haley Lyndes 10/12/21