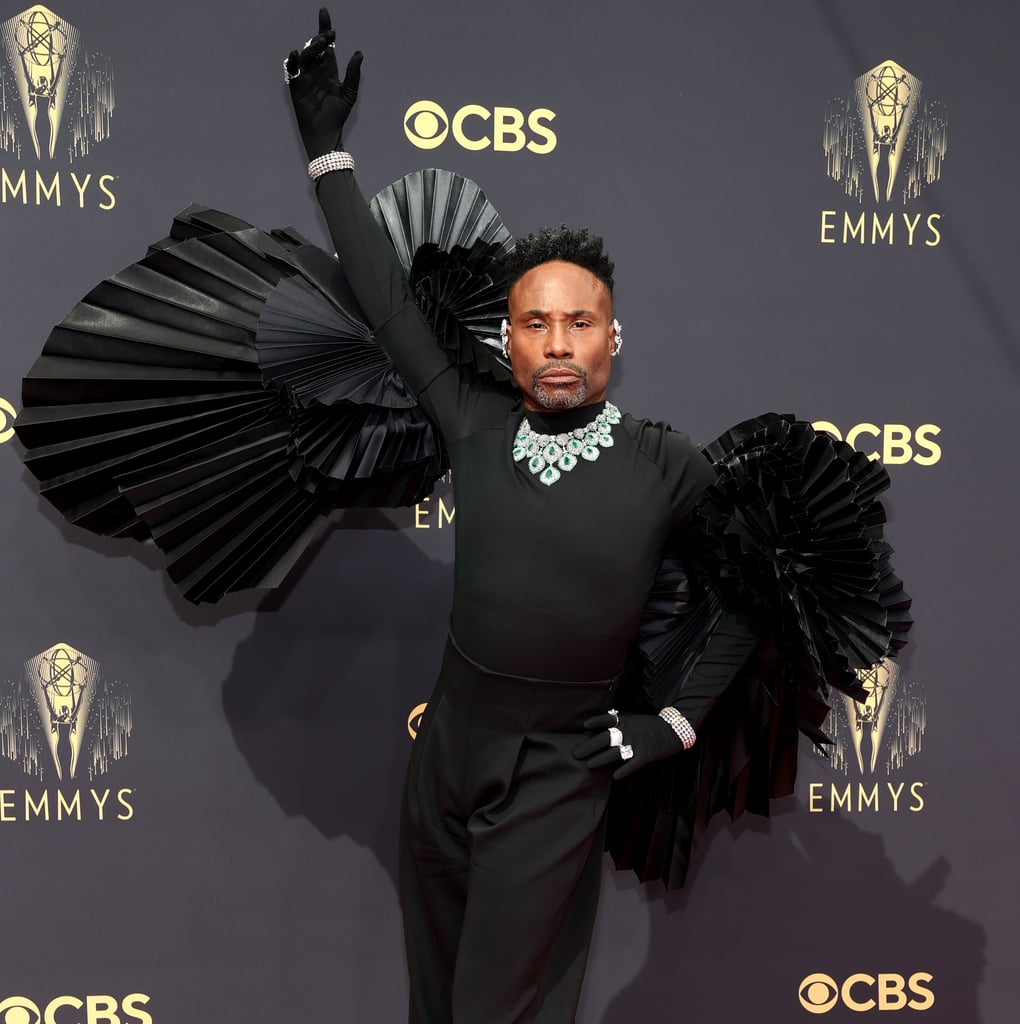 Billy Porter May Be Wearing Wings, but Flying Would Be a Challenge in Such Heavy Diamonds

Whenever Billy Porter hits a red carpet, you know you best reserve a solid four minutes devoted to admiring his look, likely with your eyes wide and your mouth gaping open. For the 2021 Emmys, he did not disappoint. Porter scored a nomination for best actor in a drama for his show Pose this year, and, being that the series is coming to an end, he pulled out all the stops. Dressed in Ashi Studio Couture, his sculptural panelled "wings" were meant to go all the way down to the floor, but ended up being a bit more cropped. Because of this, Billy developed and practiced artful poses to show off all angles of the creation, playing on his Fairy Godmother theme from the new Cinderella remake. Ahead, scroll to see Billy's amazing look, which was capped off with a heavy diamond and emerald choker that dripped over his turtleneck, ornamental ear cuffs, and chunky bracelets and rings made for true royalty.