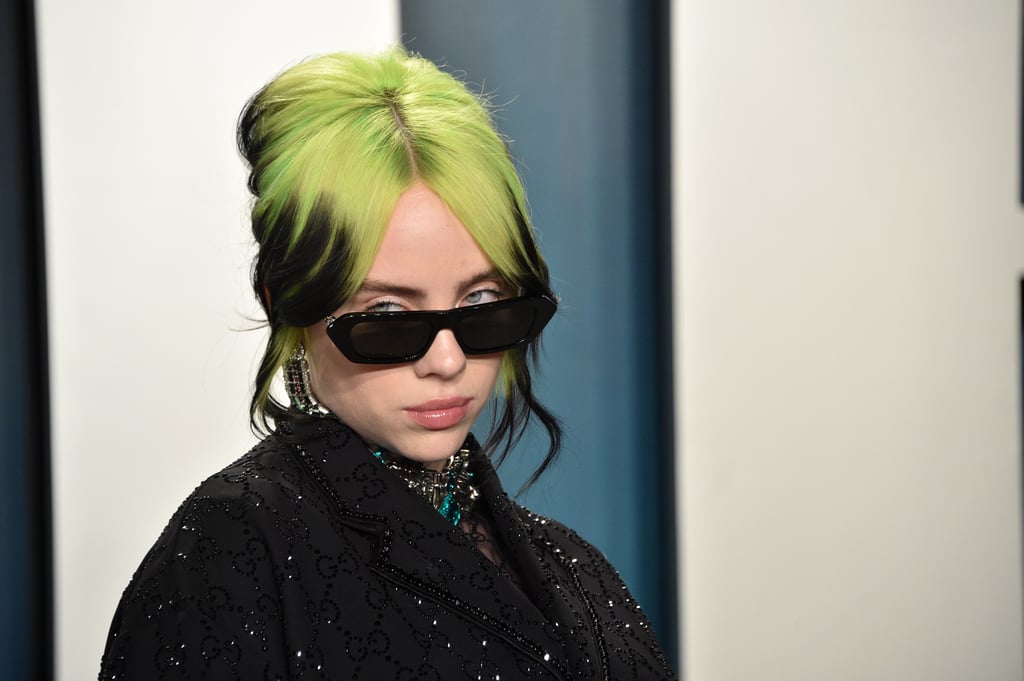 Billie Eilish is shifting over into a new aesthetic. Following all the neon green that felt synonymous with her debut album and subsequent breakout year, the newly blond singer is leaning into more neutral colours for her highly anticipated sophomore album, recently revealed to be titled Happier Than Ever. And with that comes new merch.

Timed with the release of her latest single, "Your Power," on April 29, Billie dropped a small range of clothing and accessories all displaying the album title in some way. In fact, the defiant and feisty expression makes Billie's new merch feel reminiscent of those Happy Bunny T-shirts popular in the 2000s . . . except slightly more elevated. There are a sweatshirt, two sweatpants, two T-shirts, a tank, a pair of socks, and a satin scarf, with prices ranging from $20 to $120. Scroll to shop the entire range.

Makeup
Our Editors Tested Shiseido's New Synchro Skin Tint, and We All Agree: It's Incredible
by Sophia Panych 3 days ago

Celebrity Style
BTS Auction Off Their Louis Vuitton Grammys Suits For a Cause, and J-Hope Throws in His Rings!
by Sarah Wasilak 5 days ago