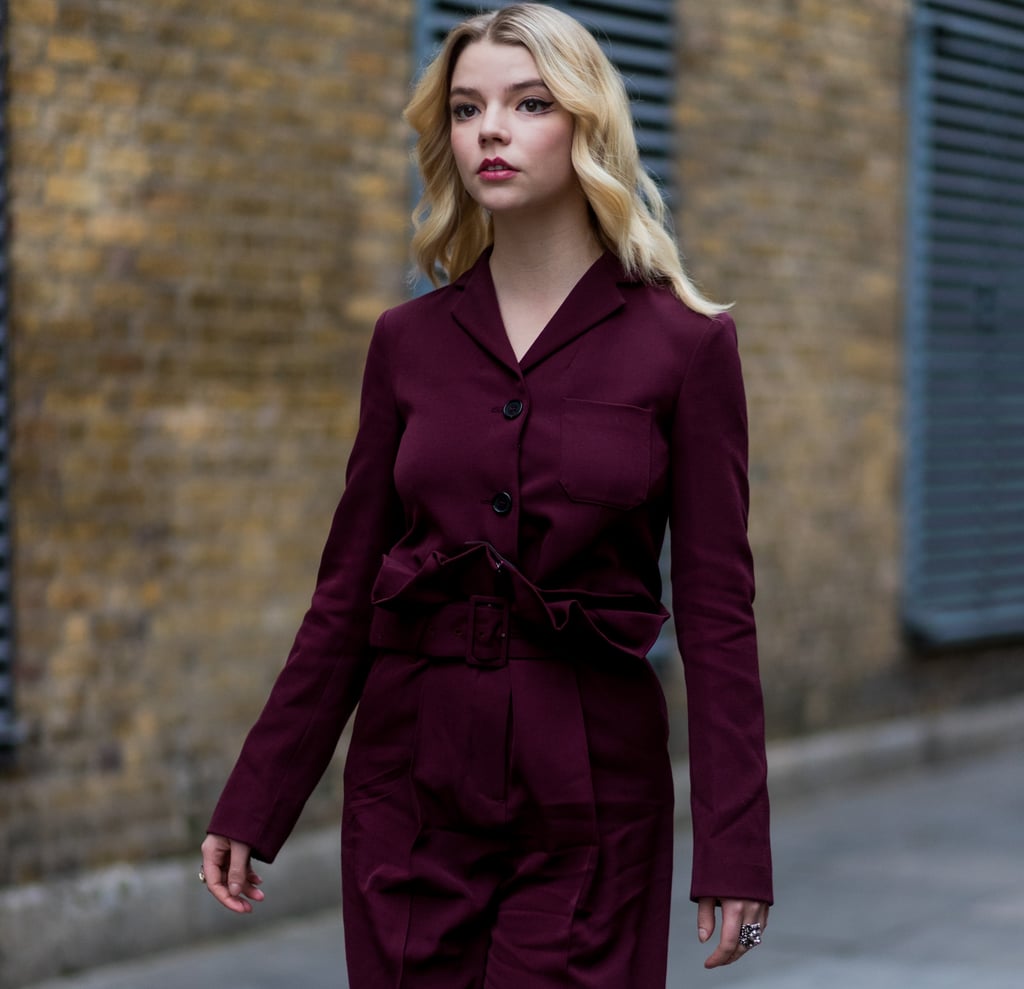 Chess Is Complicated — Anya Taylor-Joy's Accessible Street Style Is Not

Anya Taylor-Joy has been well-known in Hollywood since 2015, when she starred in The Witch, though you're probably more familiar with her latest roles in The Queen's Gambit or Emma. Even so, she's been on the Fashion Week stomping grounds since her early days in the spotlight, regularly spotted outside of runway shows in London and Paris. The American-born Argentine-British actress recently started working with stylist Law Roach for red carpet events, making headlines with her gowns that are equal parts glamorous and dramatic. But on the street, Anya is decidedly more chill, keeping leggings, her Dr. Martens, crop tops, and shearling, '70s-inspired outwear in heavy rotation.

Plenty of Anya's outfits are easy to recreate, too, like the one where she tucked a graphic muscle tee into a leather pencil skirt for the Calvin Klein show. Then there was the time she wore her sequinned Hogans with high-waisted trousers and a cropped cardigan for a Drake concert, and that whole combination seems like a pretty good idea right about now. Of course, Anya's most relatable moment was her outing in UGG slides, which we like to take into consideration every time we shrug our shoulders and step out in our own slippers and sweats. Ahead, check out some style pictures we're posting to our moodboard and copying stat.

Celebrity Style
Dua Lipa, Rochelle Humes, and More of the Best Dressed at the 2021 British Fashion Awards
by Kara Kia 2 days ago