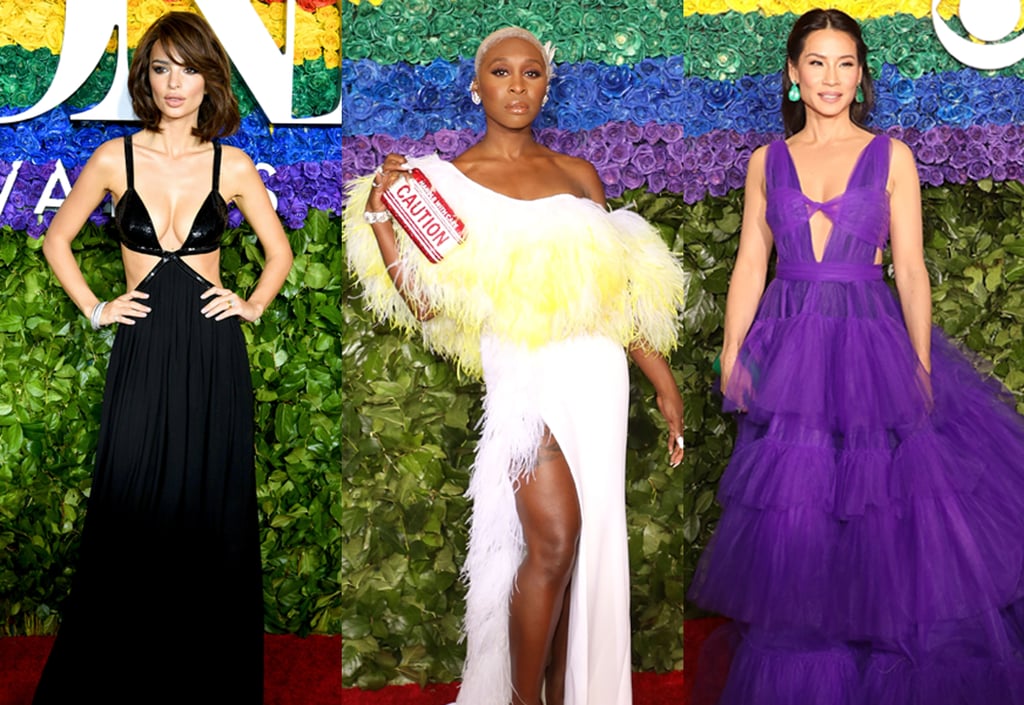 The stars definitely brought the drama to the 73rd Tony Awards. This year's red carpet saw feathers, camp, and lots of tulle – plus sexy dresses and some elegant gowns, too. And while the celebs dazzled in theatrical looks, it was Billy Porter, Emily Ratajkowski, and Ali Stroker who really stole the show.

Porter won two awards that night: One for his role as Lola in the original Broadway cast of Kinky Boots. The second? As an absolute queen of making a red carpet entrance (also see: the Met Gala). The actor's custom-made Celestino Couture tuxedo gown included a red velvet train that was taken from the actual curtain backdrop of his Tony Award-winning show Kinky Boots.