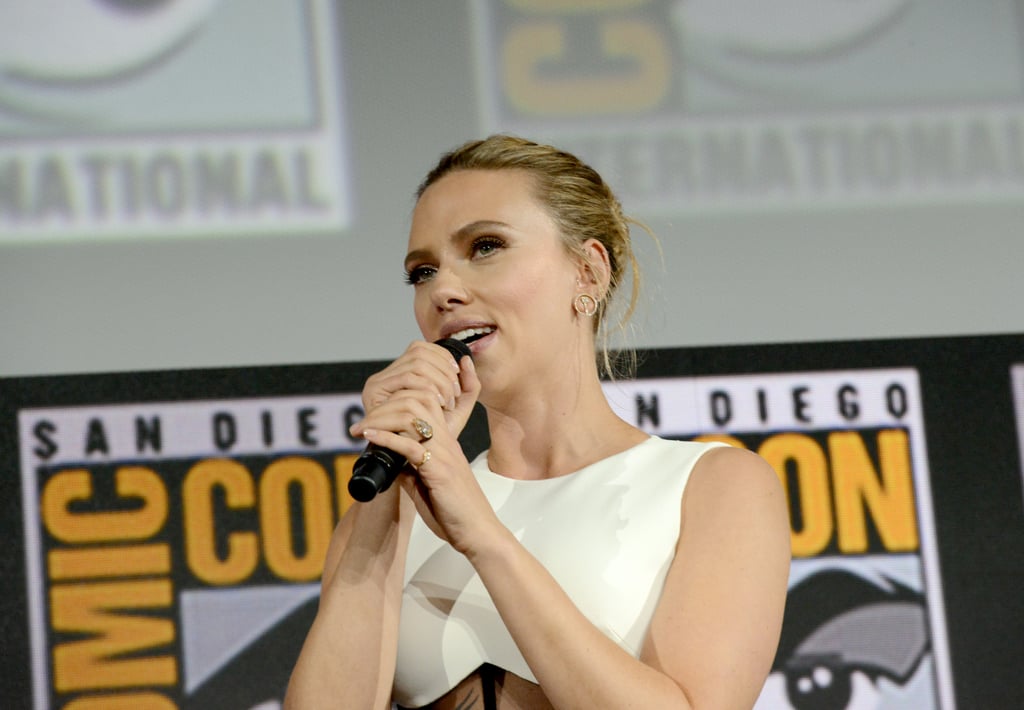 Two months after her engagement to SNL's Colin Jost, Scarlett Johansson is finally showing off her brand-new bling, and it does not disappoint. The Avengers: Endgame actress stopped by Comic-Con over the weekend as part of Marvel's star-studded panel. Her entire outfit screamed "badass style," but our eyes couldn't help but zoom in on the massive ring glittering on her left hand.

Scarlett debuted her giant rock when she took the stage in San Diego on July 21. The ring is reportedly the work of Taffin's James de Givenchy, and weighs in at a whopping 11 carats. With a yellow diamond and dark band, it's far from the traditional pear-shaped jewellery we've seen other celebrity brides pick, but that's what makes it special. Ahead, see more photos of Scarlett's engagement ring up close. 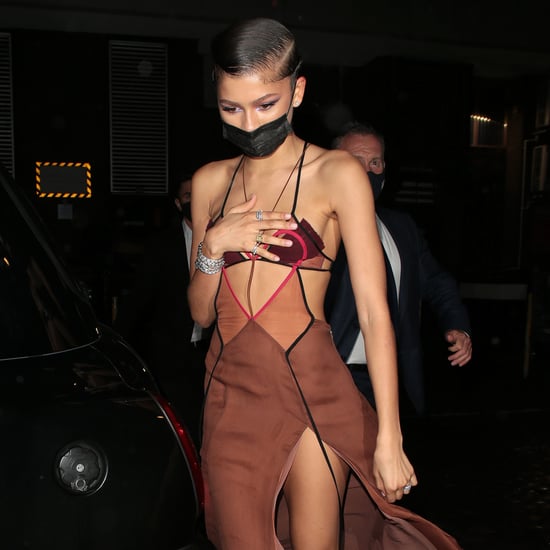