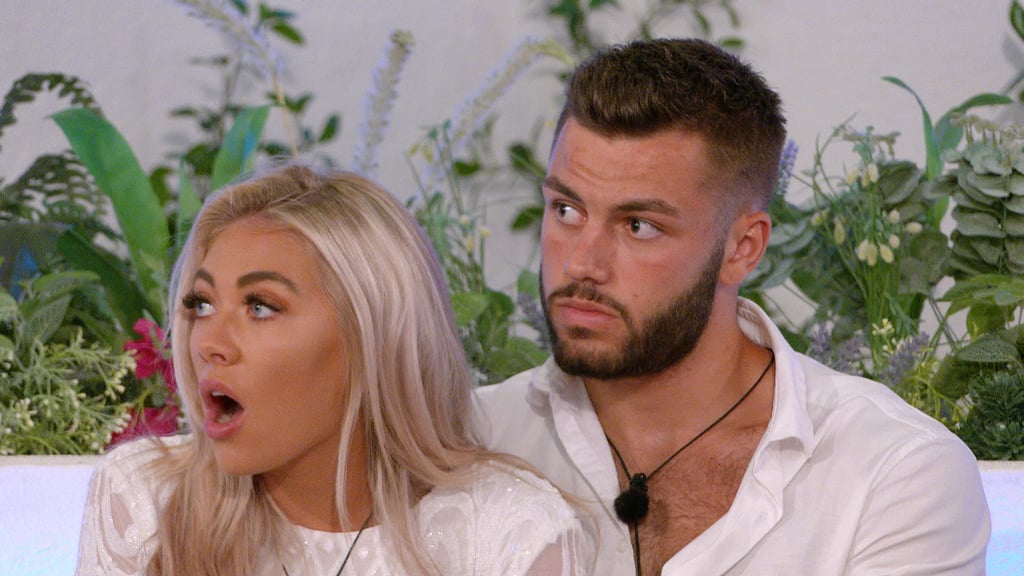 Love Island has been living through the most challenging week of the season: Casa Amor. This week shakes things up every season, when it removes all the boys from the villa, tosses them into a new one, and then introduces a brand new group of islanders to both villas to test everyone's loyalties. You know the drill — it's bloody intense. It's dramatic, and damnit, it's the best week of every season. Winter Love Island was no different, with some islanders choosing to stick with their original partner, and others . . . well, not.

Callum's head turned the moment he and the boys left the main villa, and we all had to watch while Shaughna suffered through a week of sleeping on the couch — completely in the dark on the good times Callum was having in Casa Amor. As you can imagine, last night's recoupling ceremony — where everyone was forced to choose whether to remain coupled up or re-enter the villa with a new islander (all without their original partner knowing) — was dramatic.

There were a couple of sweet moments, like when Siânnise and Luke T were reunited, and also when Finn came around the corner to see that Paige had also chosen to stick with him. But it all went south when Callum re-entered the villa with new girl Molly on his arm. We're not sure why it was so dramatic for us, the viewers, since it definitely didn't come as a shock. Honestly, we — and, it seems, the entire Love Island Twitter community — lost our minds.

Then, to make matters worse, we only got one quick glimpse of Shaughna's fuming face before ITV cut to the credits, without even a preview for tonight's episode. Within seconds, Twitter was going off, with hundreds — or, more likely, thousands — of people expressing how pissed off they were about ITV leaving us hanging. Twitter still hasn't recovered, and honestly, not even the news that Sean Paul is throwing a party in the villa this weekend is enough to calm us down.

Keep on reading to see all the best reactions on Twitter during last night's post-Casa Amor recoupling ceremony, starting with the happy moments.