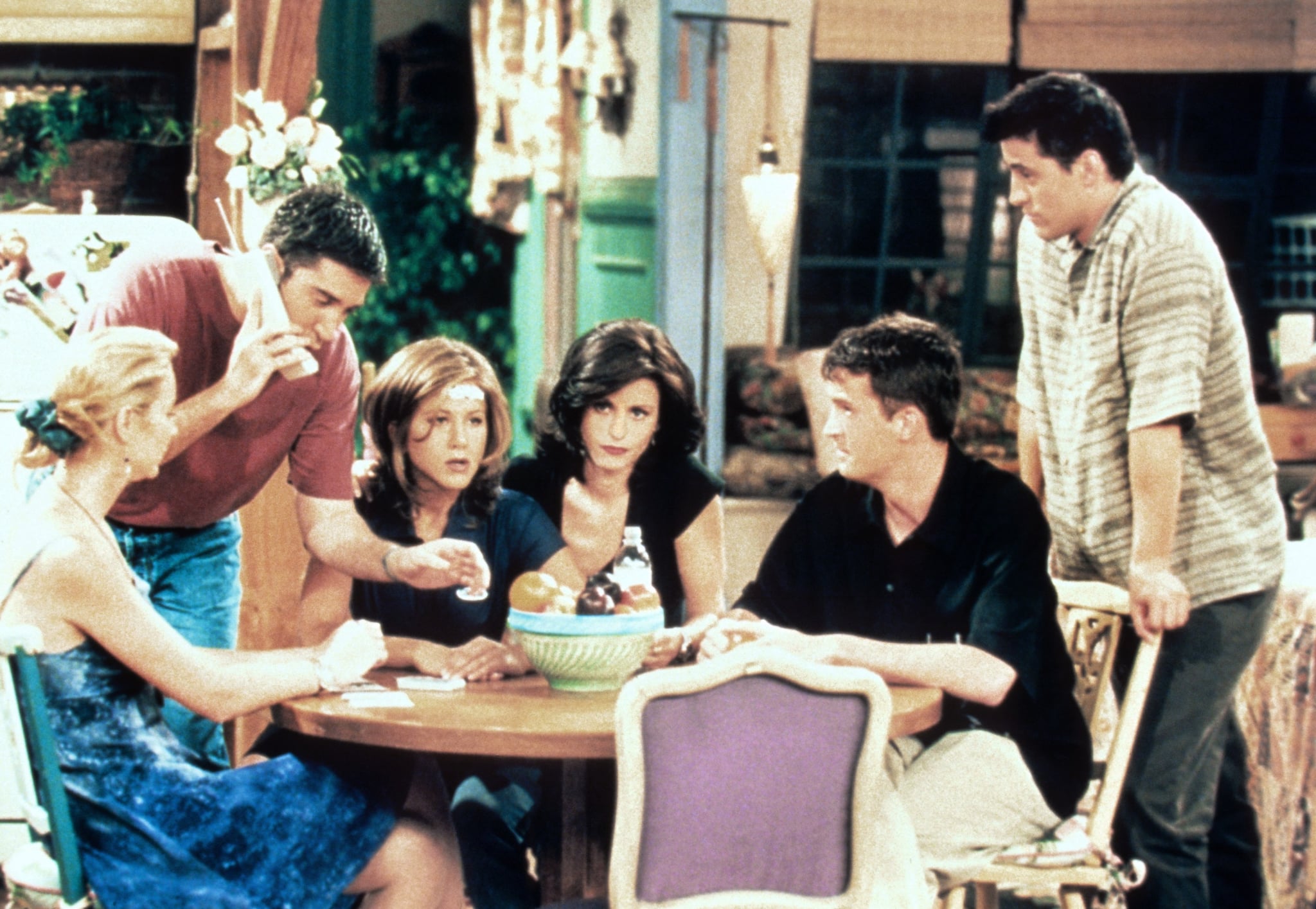 We could not be more excited: the Friends reunion officially has a release date! It's been rumoured for some time that there would be a reunion special of the iconic sitcom, and it's finally going to be available to watch in the UK. We also got a sneak peek at what's to come in the first teaser, which dropped on 13 May. In the short clip, the cast are shown walking away with their backs to the camera with the words "The One Where They Get Back Together" written across the screen.

HBO Max famously snapped up the streaming rights to the entire original series of Friends, which left its previous streaming home at Netflix in November 2019. The Friends reunion will be a major must-see event right off the bat for HBO's new streaming service, which enters an increasingly crowded and competitive market for streaming.

"Guess you could call this the one where they all got back together — we are reuniting with David, Jennifer, Courteney, Matt, Lisa and Matthew for an HBO Max special that will be programmed alongside the entire Friends library," Kevin Reilly, chief content officer at HBO Max, said in a previous statement in The Hollywood Reporter. "I became aware of Friends when it was in the very early stages of development and then had the opportunity to work on the series many years later and have delighted in seeing it catch on with viewers generation after generation. It taps into an era when friends — and audiences — gathered together in real time and we think this reunion special will capture that spirit, uniting original and new fans."

According to THR, the special was filmed on Stage 24 of the Warner Bros. Studio lot in Burbank, CA, where the original series was shot. All six of the original stars signed on and also executive produced, along with a slew of other producers. The six cast members previously shared the news to their respective Instagrams, all using the same promotional image and the caption "It's happening" — except for Matt LeBlanc, whose post had the same caption but jokingly used a photo of the M*A*S*H cast instead. Check out the teaser ahead.

The Friends reunion will be available to watch on 27 May on Sky One at 8 p.m.