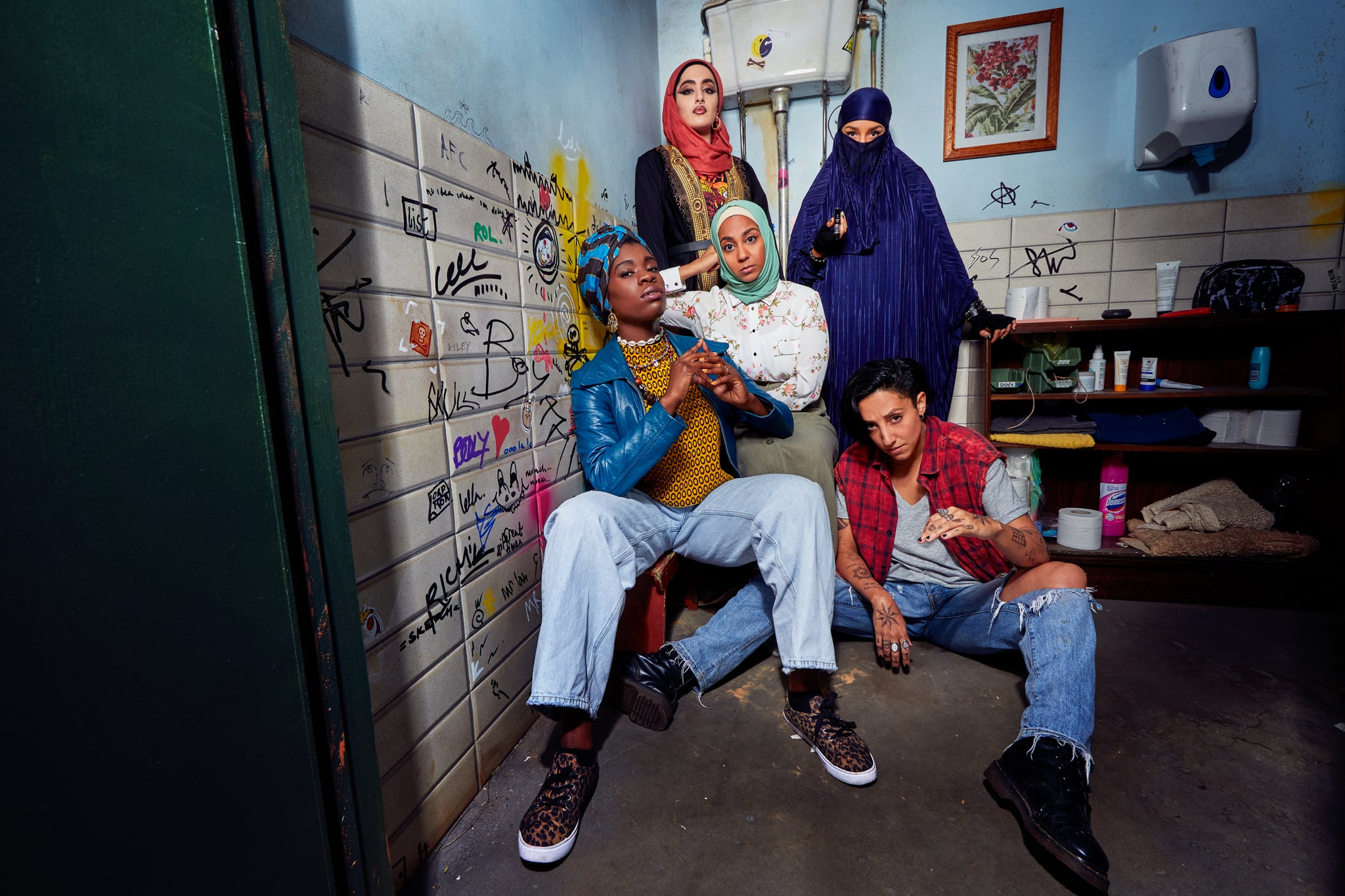 We Are Lady Parts is Channel 4's newest comedy series about an all-women Muslim punk band, and it looks like one to watch. Written, created, and directed by Nida Manzoor, the show — according to a statement from Channel 4 — is an "exuberant and irreverent music comedy" which sees Manzoor drawing on her own experiences, taking inspiration from the diverse cultural collectives and artists in London.

A first-look trailer has been released, which describes the band as "a confused mix of hash anthems and sour girl power" and gives us a glimpse into the eclectic characters that we're about to meet. The series follows the band as they struggle to find themselves a lead guitarist and secure a proper performing gig. Featuring an exciting cast of emerging British talent, We Are Lady Parts stars Anjana Vasan as Amina Hussain, Sarah Kameela Impey as Saira, Juliette Motamed as Ayesha, Faith Omole as Bisma, Lucie Shorthouse as Momtaz, Zaqi Ismail as Ahsan, and Aiysha Hart as Noor.

"Growing up, I didn't feel like there were many brown women on screen," Vasan recently told British Vogue. "Even in Bollywood, the women you see are all really fair and beautiful. It seemed like an impossible standard to live up to." She added: "This is a show about a diverse group of women and for it to be about joy feels radical. We're so used to seeing characters like these having their stories tied to pain or oppression."

Manzoor also spoke to British Vogue. "When I was a new writer, I was repeatedly being asked to write about honour killings and forced marriages, as though that was what it meant to be a Muslim woman," she said. "It was frustrating because this idea that we were passive didn't reflect my experience or that of the women I knew. I come from a family of funny women and I'd never seen Muslim women explored much in comedies."

We Are Lady Parts lands on Channel 4 on 20 May at 10 p.m. Watch the teaser trailer below.

RuPaul's Drag Race UK
Time to Get “UK Hun” Out of Your Head, Because “Big Drag Energy” Is Taking Over
by Navi Ahluwalia 2 days ago

Netflix
Curious About How Squid Game's Title Came to Be? Well, It Was *Almost* Named Something Else
by Monica Sisavat 3 days ago