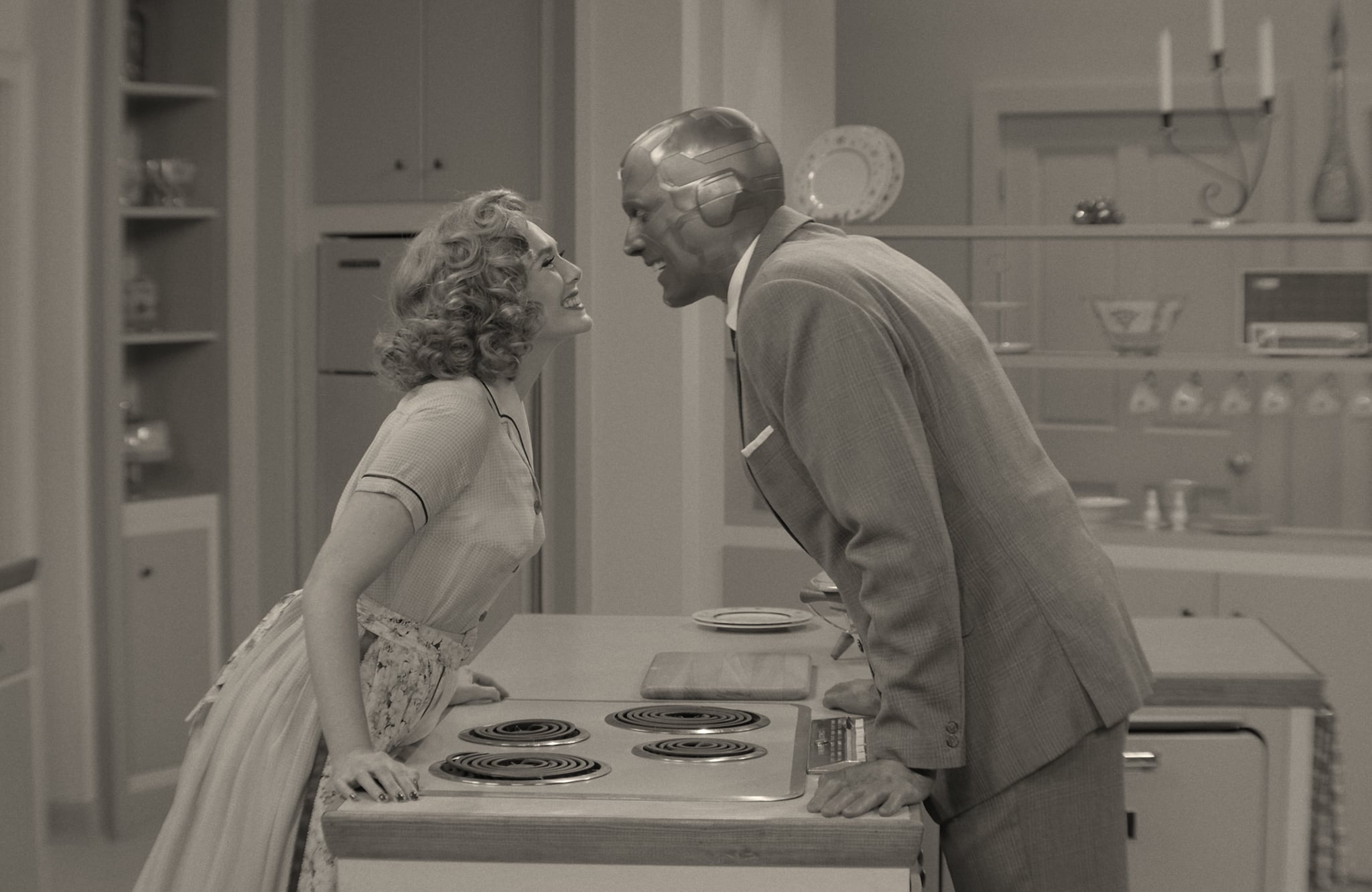 Wanda Maximoff and Vision, the leading characters in Marvel's first Disney+ TV show WandaVision, are two of the most powerful beings in the Marvel universe, to the point that almost no one has been able to take them on and win. So what are Vision's powers exactly? As it turns out, his incredible superpowers are directly tied to how he was created.

Vision has a complicated history, having been originally constructed by a villainous AI before being taken by the Avengers. Originally, Vision was built by Ultron, the out-of-control robot created by Tony Stark, as a theoretical "perfect" form for Ultron's AI "mind" to inhabit. His body is made of organic tissue mixed with vibranium, the rare metal that makes up Captain America's shield and numerous pieces of Wakandan technology, and is "powered" by the Mind Stone, which Ultron took from Loki's sceptre and embedded in the body's forehead.

Ultron's plans went awry, however, and Vision's body fell into the hands of the Avengers. Initially, they planned to destroy it to avoid Ultron being able to use it and becoming even more powerful. Just prior to this, however, Ultron had destroyed Tony's trusty AI aide J.A.R.V.I.S., so Tony convinced Bruce Banner to help him upload a recovered version of J.A.R.V.I.S. into Vision's body. Upon awakening and startling the Avengers, Vision explained that he was neither a piece of Ultron nor a full manifestation of J.A.R.V.I.S.; instead, he was something totally new and pure — so "worthy," in fact, that he was able to easily pick up Thor's hammer, Mjölnir!

Vision's powers derive both from his vibranium body and from the Mind Stone, but the vibranium basically just gives him physical near indestructibility and superstrength; it's the Mind Stone that really drives his powers. He can literally change his physical form in a variety of ways: he can alter his physical properties to the point that he can phase through solid objects, he can propel himself through flight, and he can generate synthetic material which, in turn, allows him to change his appearance at will. The Mind Stone even allows him draw on the stone's cosmic energy to project energy beams for short periods of time.

Of course, all of these powers are the powers that Vision had when he was still alive — in the current timeline of the Marvel Cinematic Universe, Vision is dead, having been killed by Thanos when he ripped the Mind Stone from Vision's head to complete the Infinity Gauntlet. Judging by the WandaVision trailers, whatever version of Vision is in the show has at least some of these powers, as we see him changing his appearance easily. The show has promised to explain everything, and we can't wait to see how it all turns out!