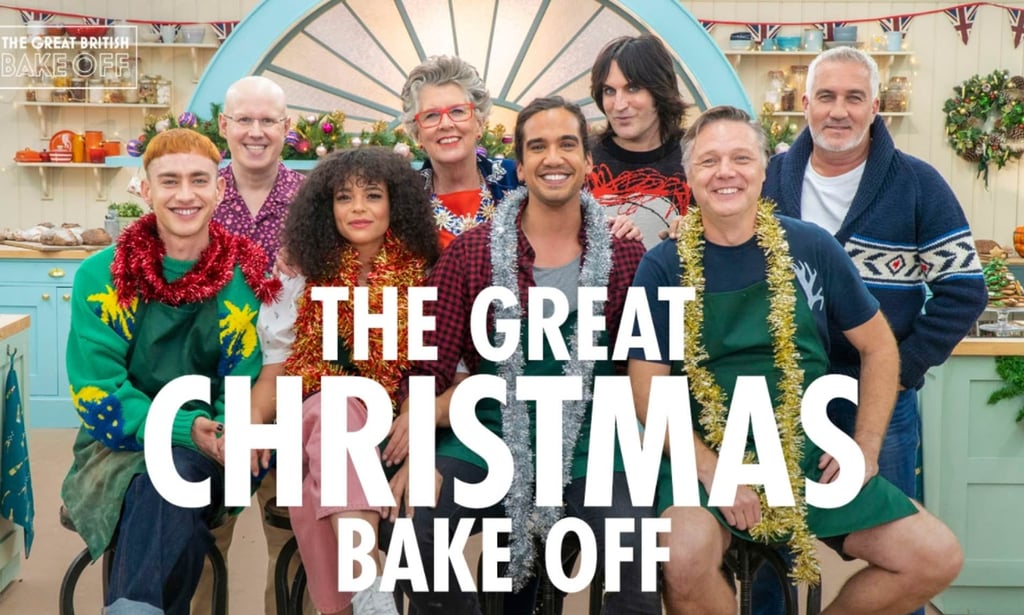 The Great British Bake Off has set a wave of excitement in motion by teasing the lineup for this year's Christmas and festive season specials for 2021. Although the respective air dates of the episodes have yet to be confirmed, Twitter and nationwide pulses went into a frenzy when the announcement was made. Why? Because the cast of award-winning hit Channel 4 drama It's a Sin will be donning their aprons this year while trying to avoid a soggy bottom — so prepare to cosy up and bring your best La!

Adding to the anticipation, a further special will feature returning bakers hoping to once again impress the judges. Although little is known about the exact details of the festive special (although we'll assume it's coming to our screens in the first week of January, like last year), the returning bakers have also been revealed and include fan favourites Hermine and and Kim-Joy.

If you have yet to see It's a Sin (and if you haven't, where have you been?), it was undoubtedly one of the most important, poignant, and incredible dramas of this year, or even the decade; a Russell T. Davies masterpiece looking at the AIDS epidemic of the '80s and '90s. Keep reading to find out which of the exceptionally talented cast members will be joining hosts Matt Lucas, Prue Leith, Noel Fielding, and Paul Hollywood for what has been dubbed a festive baking event that will turn the tent into a "Pink Palace" — a nod to the house that the characters of the show live in.