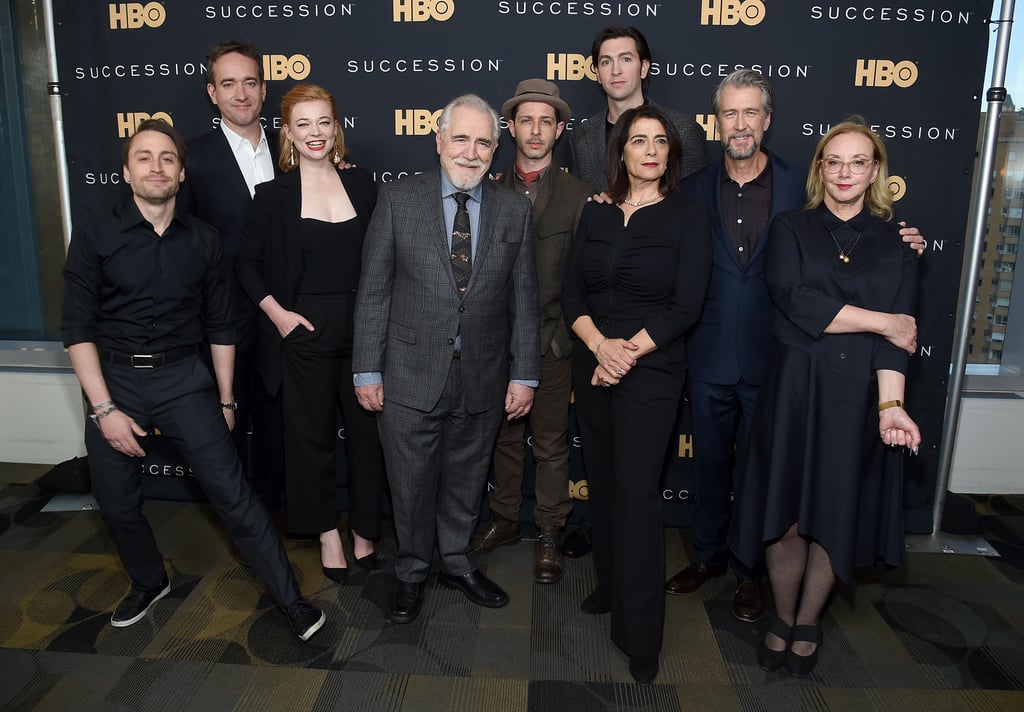 The Succession Season 3 Cast Is Stacked! See Who's Joining and Who's Returning

Production for season three of HBO's Succession is well underway, and it looks like we'll be seeing some new faces. Adrien Brody is the latest star to join the cast, which includes Brian Cox, Jeremy Strong, Kieran Culkin, Sarah Snook, Hiam Abbass, and Nicholas Braun. But we also have Alexander Skarsgård, Sanaa Lathan, Linda Emond, and Jihae hopping on board as well. Now that's what you call a stacked cast!

As of now, an official premiere date has yet to be announced, but HBO Max previously teased that season three would be debuting this year. In the past, both seasons one and two debuted in the summer, but it's unclear if season three will follow the same course as production was previously delayed due to the COVID-19 pandemic. While we wait for more details, get all caught up on the new and returning cast members of Succession season three ahead.

Related:
16 Times Cousin Greg Was the Most Charming Character on Succession
Previous Next Start Slideshow
SuccessionHBOTV

Netflix
Too Hot to Handle: Judging by the Season 2 Trailer, These Folks Are Losing a *Lot* of Money
by Karenna Meredith 2 days ago

Love Island
The Love Island Villa Isn't the Only Thing That's Got a New Look — the Water Bottles Have, Too
by Navi Ahluwalia 2 days ago

And Just Like That
Grab Your Cosmos! Here's Everything We Know About the Sex and the City Revival
by Monica Sisavat 3 days ago

by Yerin Kim 4 days ago