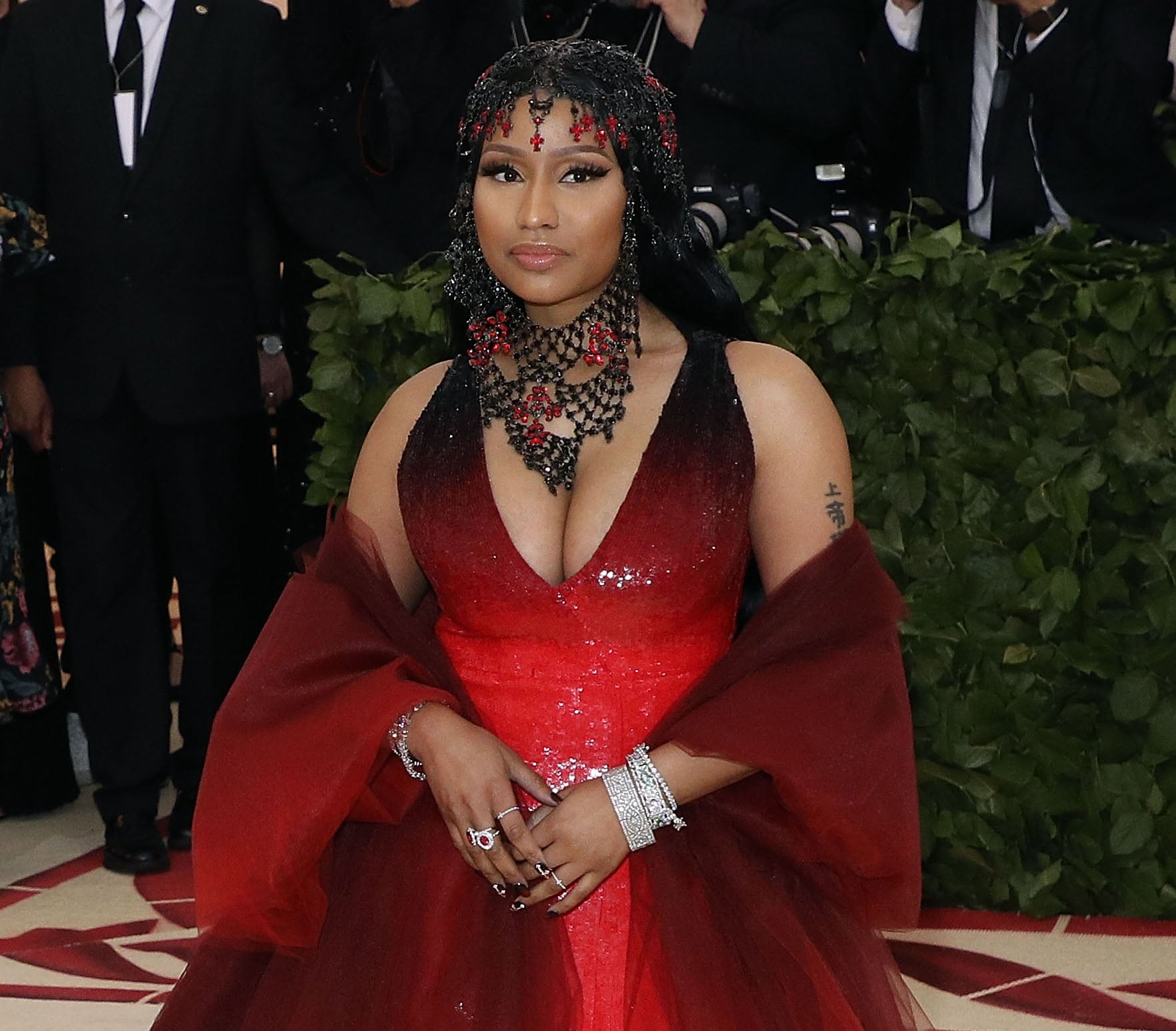 Psh, you think you're the biggest fan of The Crown? We hate to break it to you, but that title actually belongs to Nicki Minaj. In a quintessentially candid open letter posted on her official website, the 38-year-old rapper shared various updates on what she's been up to lately, namely finishing an album, working on her HBO Max docuseries, and yes, binge-watching The Crown. "My darlings, as I complete this album & documentary, I am also obsessing over The Crown on Netflix," she began, adding that she's "watched every single episode of every single season at least 5 times each." Now that, dear reader, is what we like to call dedication.

What has Minaj so darn hooked on the royal drama, you ask? Well, for starters, "Claire Foy's perfect face" is a big factor. "I want to eat it," she joked of the actress's face, explaining that it "just does the right thing in every single scene." Welp, we couldn't possibly agree more with that assessment. She added, "I also can't believe how much I enjoy Gillian Anderson's portrayal of Margaret Thatcher. Seeing as tho I'm such a Meryl StreepINISTA." (For those who aren't self-proclaimed StreepINISTAs, she's referencing the icon's depiction of the former UK prime minister in The Iron Lady, proving she really knows her way around royal family entertainment content.)

"[H]e's a tad hunkier than the real Prince ever was — and yes, I just used the word 'hunkier.'"

Josh O'Connor also scored a well-deserved shout-out in Minaj's message. "I love Helena as Princess Margaret & Josh as Prince Charles, although let's face it; he's a tad hunkier than the real Prince ever was — and yes, I just used the word 'hunkier,'" she wrote. After praising Olivia Colman, Minaj concluded, "BRAVO to the entire cast, writers & directors."

The Crown Just Got an "X-Rated" Treatment, and We'll Never Look at It the Same Way

The singer-songwriter also used the message as an opportunity to adorably gush about her baby son, whom she welcomed with husband Kenneth "Zoo" Petty in September. "I've also been completely overwhelmed with joy & fulfilment in the world of Papa Bear," she wrote. "Each day creates a new & fascinating, magical memory that I hide far away into a little cute compartment of my heart; vowing never to forget any of it. Like. He's just a cute liddo marshmallow. I can't take it." Yep, Minaj officially takes the throne as most devoted Crown fan and most doting mother.