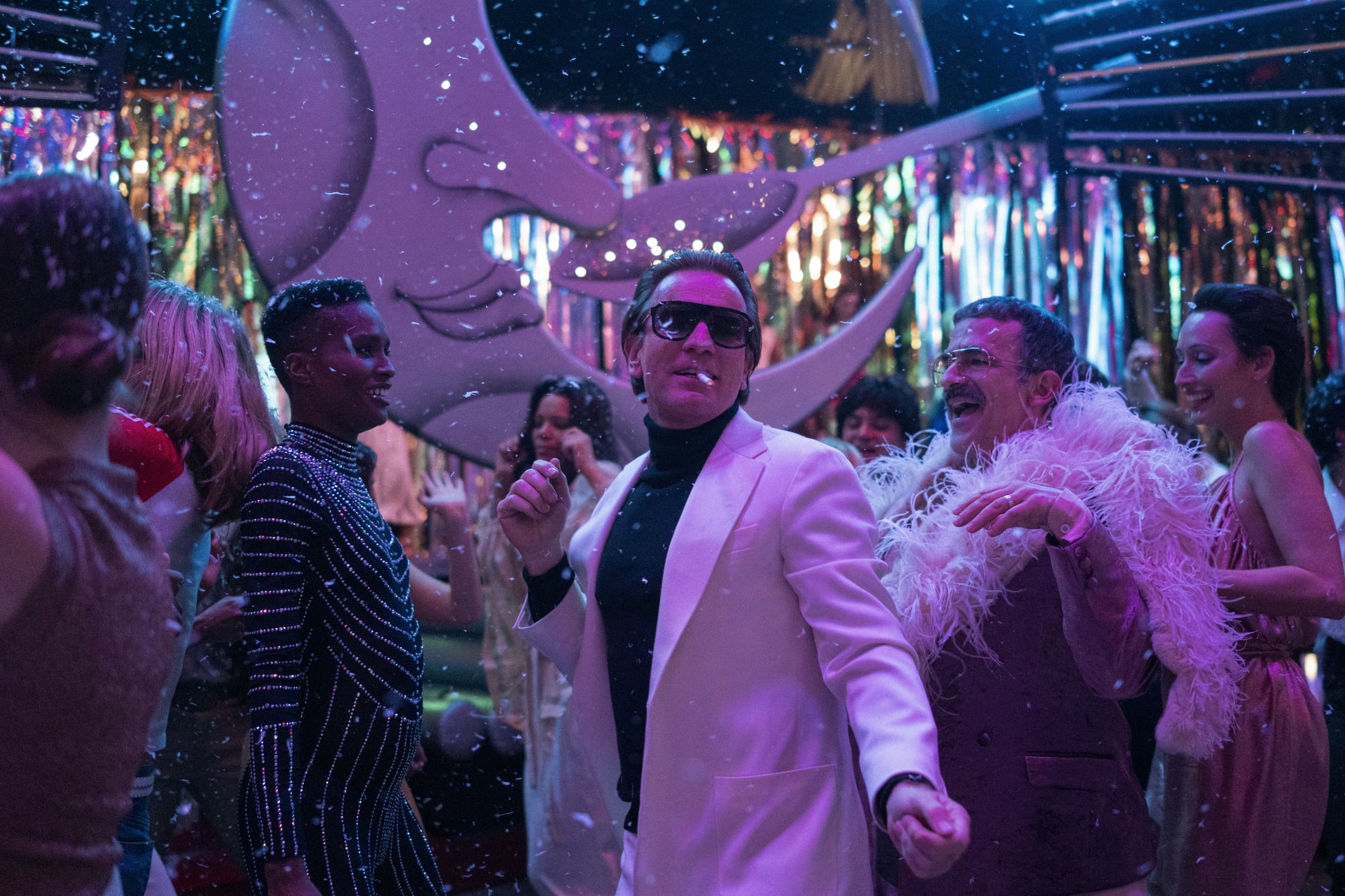 Netflix's Halston unpacks the titular fashion designer's colourful life story throughout the highlights of his illustrious career. The miniseries, which stars Ewan McGregor as the icon, especially sheds a light on Halston's drug habit, which many in his inner circle believed to be an addiction at his height in the '70s. In Halston, he's first tentative about drug use, admonishing his assistant for taking speed. But by episode two, Halston's hookups (and later, parties and office) start to become drug-laced affairs. But which ones did he take, exactly? While the men who offer Halston drugs never directly name the substance, it's very likely cocaine.

Along with using cigarettes, joints, and drinks, the real Halston also snorted cocaine regularly after trying it during his summers on Fire Island. He was known to frequent a famous club called Studio 54, where drug-fuelled parties unraveled as the designer hung out with big names such as Liza Minnelli, Andy Warhol, and Bianca Jagger. Cocaine was also apparently a fixture when he acted as a host. According to André Leon Talley's memoir, the pillbox hat designer served cocaine from an Elsa Peretti silver bowl for dessert at dinner parties.

Halston would actually wear sunglasses often because he was afraid that he would appear stoned. Many of his colleagues were concerned about his drug consumption. Paul Wilmot, who helped market Halston's fragrance, told Vanity Fair, "If you talk to people who are aware of the problems of people who are deep into drug addiction, Halston's behaviour was textbook."

Halston writer, director, and producer Daniel Minahan does spend time in the Netflix miniseries examining the designer's relationship to drugs and alcohol. Still, Minahan told Variety that he did not want to portray Halston's use of alcohol and cocaine to be "the reason for his demise." "I do think it enhanced his anger and his paranoia and his isolation, but I always think that drugs are more of a symptom than a cause for something," Minahan explained.