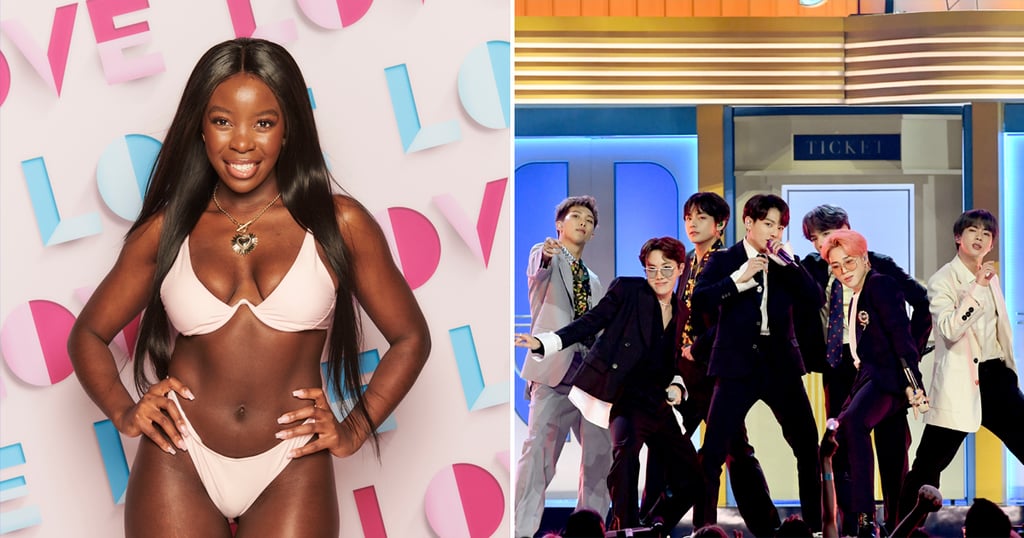 Is Love Island's Kaz Kamwi a BTS Stan? Twitter Thinks So, and Here's Why

Love Island fans on Twitter have once again put their investigator hats on, and they've now discovered some very interesting news about contestant Kaz Kamwi. It's not like we needed another reason to stan the queen of the villa, but here it is anyway: she's apparently a member of the BTS ARMY. While her allegiance to the K-pop group has not been officially confirmed, there are a few small signs that have led fans to believe that she may well be a fan.

Firstly, Kamwi partnered with fashion retailer Primark prior to going on the show, and an outfit video she posted saw her using "Make It Right" by BTS as the accompanying track. When a fan called her out on it in the comments, her response was "yassss hunni", which basically means that it was very much intentional.

Still not convinced? Well, the next clue is that BTS's "Butter" played while Kaz and Tyler Cruickshank became official on Love Island. One Twitter user shared the clip and wrote, "IM SCREAMING so kaz from [Love Island] specifically requested butter to be played when she went exclusive with Tyler as she is an army. THE TASTE." There's no doubt that the BTS fan base are powerful, and Love Island fans have already seen huge amounts of support from the BTS ARMY in voting Kaz and Tyler to win the show.

For further evidence that Kaz is a BTS stan, keep reading.