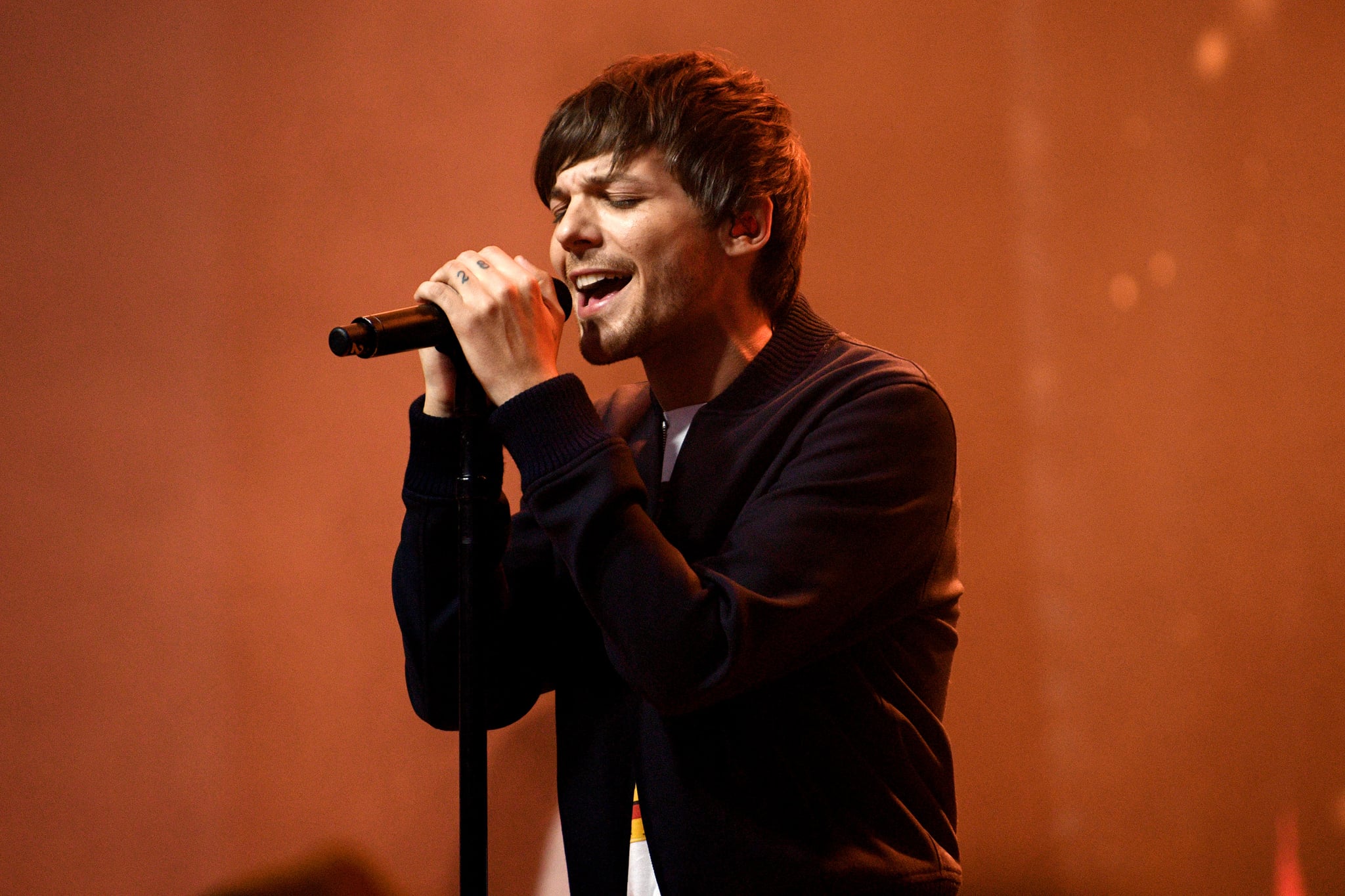 It's Louis Tomlinson's time to shine. The singer, who made a name for himself as a member of the ultrapopular One Direction, is finally sharing his debut album, Walls, with the world, and let me tell you, fan friends, you're going to be even prouder than you already were of him. The 12-track album officially lands Jan. 31 and tells the entire story of Tomlinson's life, from falling in love to losing his mum and younger sister and questioning his position in the music world.

What's so stunning about this album is that Tomlinson, a proven songwriter who penned numerous tracks for One Direction, gets to showcase all his talent and place his vocals at the forefront. It's something his fans have been thirsting for for years. The album as a whole is brutally honest about his life and gives you a glimpse into his life. Where some may write him off as just another millionaire former boy-bander, he proves with these songs that not only has he had his own hardships that he's working through every day, but he's damn talented at writing music.

I love this album from beginning to end. From the in-your-face bangers like "Kill My Mind" to the quiet, unassuming tunes like "Only the Brave", Walls shows the versatility of Tomlinson's voice and talent. My only gripe (and it's a baby one) is that his earlier songs didn't make the cut for the album. Songs like "Miss You" and "Just Like You" would have felt right at home on here, but Tomlinson has said these tracks he picked for Walls are in line with the music he wants to put out into the world, so I'm trusting him on it.

While I obviously recommend you listen to every single song on Walls on repeat from now until forever, I did pick out my favourites. And my last recommendation is this — catch Tomlinson on tour this year if you can so you can experience these songs live. It'll be a night you'll never forget.

In all honesty, when this song started, my face lit up. This is a song Tomlinson teased with his fans ages ago as one he was excited about, and he had absolutely every reason to be. This upbeat tune really shows off Tomlinson's vocal range, something that a new listener might not realise he has. This is that love song — about a man travelling all over the world but always coming back to you — that you wish was about you, because how god damn beautiful is it to be loved so much?

This song didn't hook me write away, because it starts off so unassuming. But as Tomlinson's vulnerability builds, so does the song, and when the beat drops and the backing vocals kick in? It's pure magic. Tomlinson reaches up for those high notes, and oh my good LORD he hits them. You can't help but get sucked in as he croons about just wanting to be loved by you.

"Don't Let It Break Your Heart"

I've often run into the problem with albums coming out where any songs released prior to the album just kinda fade into the background. On Walls, five of the tracks had already been released, some of them long before. So with all that being said, while I love all five of those songs, I didn't expect any of them to crack my list of favourites when I got the rest of the album, but I just love "Don't Let It Break Your Heart" so much that it's still firmly on my faves. This song is the anthem that I've always wanted from him, and I've been playing it on repeat for months.

If you want a sweet but sad little song, this is it. This very stripped-down song could have easily fit into one of One Direction's later albums. In it, Tomlinson sings of a love lost when he was — you guessed it — too young. "Oh I can't believe I gave into the pressure / When they said a love like this would never last / So I cut you off cuz I didn't know no better" are just a few of the lines that settle right into your heart and make you sigh. I can picture Tomlinson sitting on a couch in a dimly lit room with a guitar, playing this song while he questions all his decisions. Excuse me while I go cry just a little bit.

"Only the Brave" provides a quiet ending to what is a very emotional collection of songs. It's the shortest track at just one minute and 44 seconds, and while you can hear Tomlinson's thick Doncaster accent throughout his music, it's really prominent on this soft tune. The way the end drops off leaves you thinking about everything you just listened to, which is exactly what you want in a cohesive album.