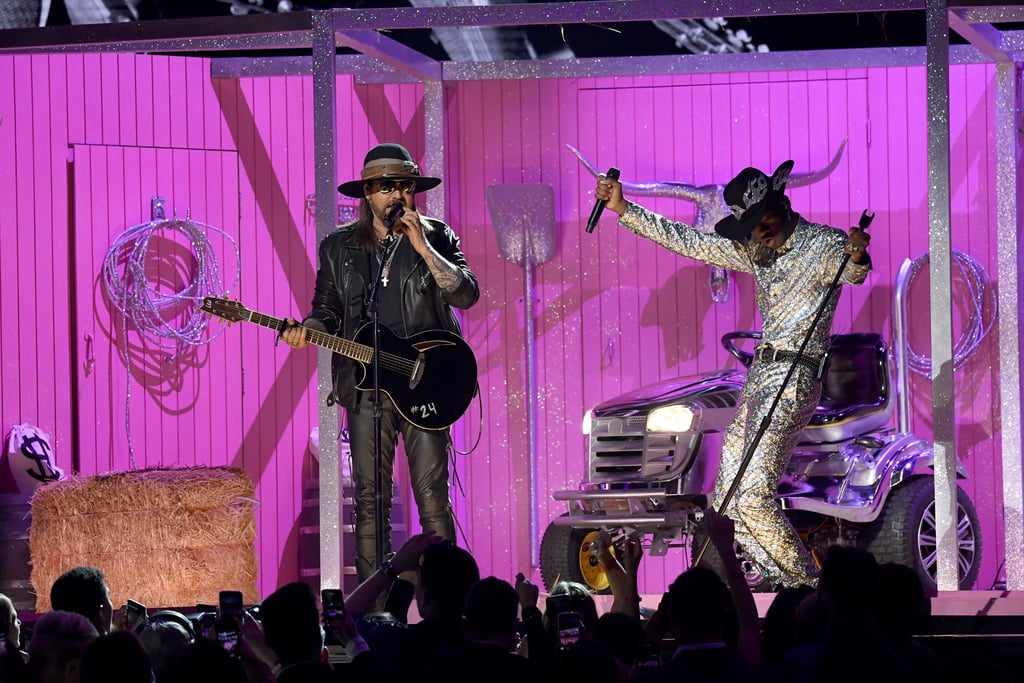 If there was ever a man to bring rodeo to the Grammys stage, it had to be Lil Nas X. On Sunday night, the singer took the Grammy stage for the first time for one of the night's biggest performances, an all-star rendition of his record-breaking hit, "Old Town Road." If you weren't itching to rock a Stetson and some boots after watching that performance, you need to see it again!

Not only was Lil Nas X joined by his first remix partner, Billy Ray Cyrus, but his collaborators on the song's later remixes chimed in as well. Everyone from rapper Nas, yodelling star Mason Ramsey, Diplo, and K-pop boy band BTS hopped onstage for their versions of the song, and the audience was digging the mashup. The singer walked through a revolving stage with different themed rooms for every remix, before ending with a duet with Nas, dressed like a country version of The Matrix's Morpheus. Watch the eclectic performance ahead!

BTS
BTS Just Covered "I'll Be Missing You," and Suddenly, We're Ready to Live Like It's 1997
by Grayson Gilcrease 3 days ago