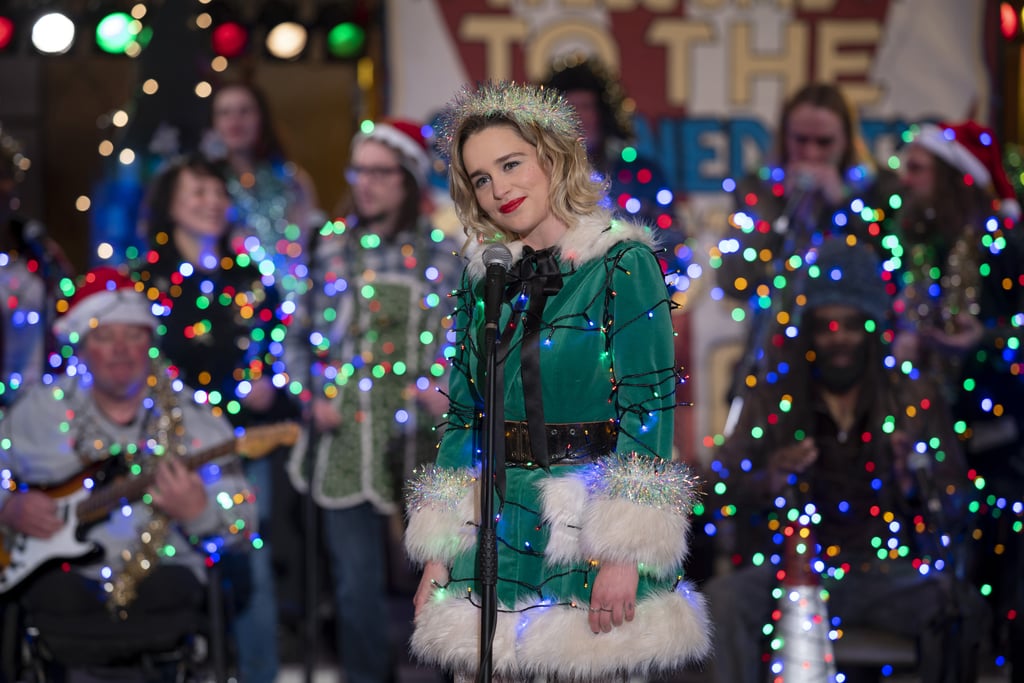 We All Know Emilia Clarke Can Act, but Does She Really Sing in Last Christmas?

Last Christmas doesn't hit theatres until Nov. 8, but ever since we've gotten a peek at the trailers, we've been wondering whether or not Emilia Clarke (Kate) actually sings in the holiday film. So, does she?

The answer is yes, that really is Clarke's singing voice. Last Christmas is a rom-com inspired by the music of George Michael and Wham!, and Clarke recently opened up to Entertainment Tonight about what it was like singing the late icon's beloved songs.

"I don't do my own stunts but I do do my own singing," Clarke confirmed. "I was aware that that would be too much pressure for me to be like, 'It's George Michael! I'm singing to George Michael!' [But then] I kind of realised that the words that I was saying were so poignant for the character, and that I was telling her story, and it's just that George Michael was giving me the vehicle with which to do it."

"It took a lot of courage, but I got there."

"It was incredibly nerve-wracking, because I care so much about singing, and I'm genuinely at my happiest when I am singing," Clarke added in an interview with NPR. "However, doing it on camera in front of a lot of people, and doing it, you know, with George's perfect song was — every time before I sing I just think I'm getting tonsillitis, or my throat is closing up or something — so it took a lot of courage, but I got there."

Clarke's rendition of "Last Christmas" is just a preview of what's to come when the movie debuts.

Related:
If Fans Are Right About the Twist in Last Christmas, We're Going to Be Pretty Disappointed
Previous Next Start Slideshow
Last ChristmasHoliday MoviesHoliday EntertainmentMoviesEmilia ClarkeHoliday