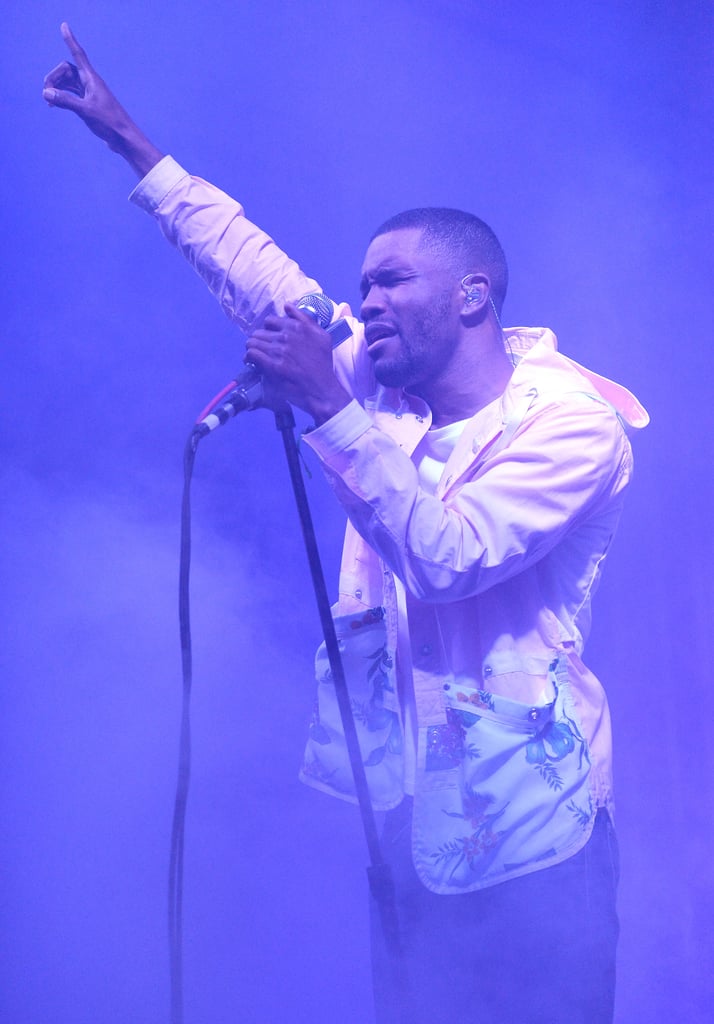 Frank Ocean blessed our weekends with a new single titled "In My Room." The track follows last month's "DHL" drop, which marked his first original song since 2017's "Chanel." In the song, Ocean steers away from his arguably signature delicate melodies and soft falsettos, and instead presents us with an upbeat, bass-heavy track that shows off his skills as a rapper. The two singles will presumably be a part of his third studio album, following 2016's critically acclaimed Blonde and 2012's Channel Orange.

Ocean, certified man of mystery, has recently had fan accounts stirring with potential theories surrounding his new music, an album release, and even upcoming live shows, which Ocean notoriously does very few of. New tracks have been sampled at his NYC PrEP+ parties (which are open to the public), and this weekend also marked the ninth episode of his Apple Music Beats 1 program Blonded Radio. While we sit around and patiently wait for the album, listen to the new song ahead.

Chris Martin
Chris Martin Performed "2 Become 1" With Mel C, and It's the Duet We Never Knew We Needed
by Naledi Ushe 1 day ago

BTS
Here's BTS's Permission to Dance On Stage Concert Setlist, For Your Listening Pleasure
by Kelsie Gibson 2 days ago

Celebrity Interviews
Normani Just Revealed That She's Sitting on 2 to 3 Albums of New Music, and I Don't Know How to Feel
by Naledi Ushe 6 days ago

Celebrity Interviews
Chlöe Opens Up About Owning Her Sexuality: "I'm Learning It's OK to Be Who I Am"
by Princess Gabbara 6 days ago