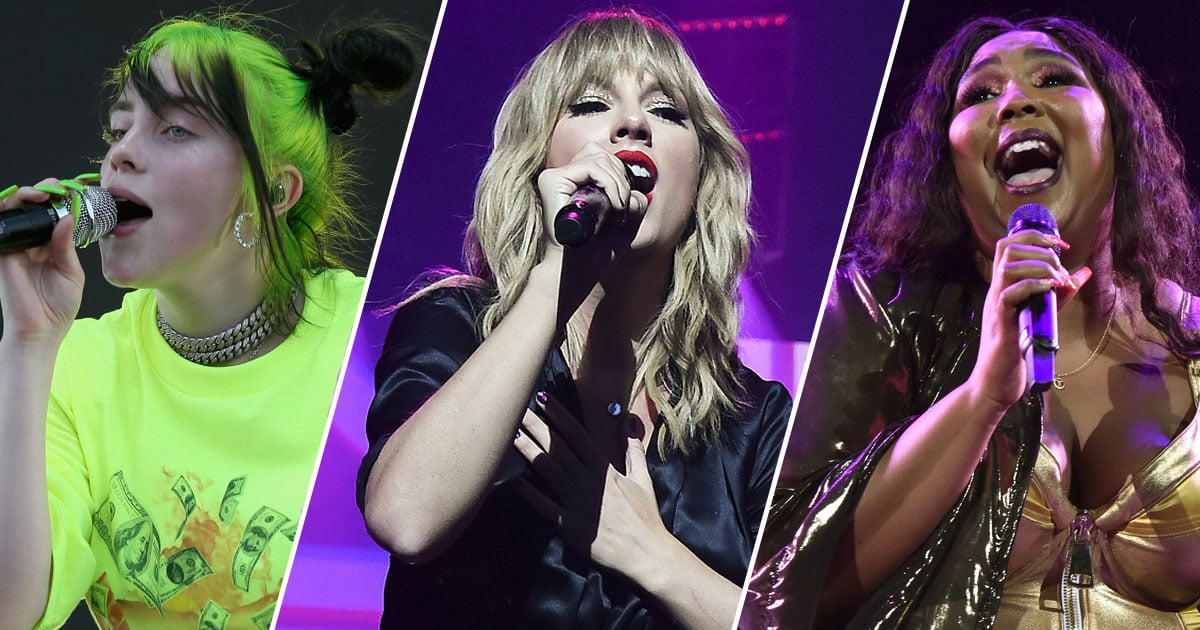 Grab some headphones and get excited, because the 2020 Grammy Awards nominations have arrived! After last year's big wins for Lady Gaga, Drake, and Cardi B, a new set of hopefuls are on the scene. With nominations for Billie Eilish, Taylor Swift, Lewis Capaldi, and Lizzo, we're sure to have an exciting show. Alicia Keys will also be returning as host, so bring on the pianos! Read on to see the full list before the Grammys air on Jan. 26.

RECORD OF THE YEAR

ALBUM OF THE YEAR

I,i by Bon Iver
Norman F*cking Rockwell by Lana del Rey
When We All Fall Asleep Where Do We Go? by Billie Eilish
Thank U, Next by Ariana Grande
I Used to Know Her by H.E.R.
Seven by Lil Nas X
'Cause I Love You by Lizzo
Father of the Bride by Vampire Weekend

SONG OF THE YEAR

The Lion King: The Gift by Beyoncé
When We All Fall Asleep, Where Do We Go by Billie Eilish
Thank U, Next by Ariana Grande
No. 6 Collaborations Project by Ed Sheeran
Lover by Taylor Swift

"Middle Child" by J.Cole
"Suge" by DaBaby
"Down Bad" by Dreamville
"Racks In The Middle" by Nipsey Hussle feat. Roddy Ricch and Hit-Boy
"Clout" by Offset feat. Cardi B

"Astorolus – The Great Octopus" by Candlemass feat. Tony Iommi
"Humanicide" by Death Angel
"Bow Down" by I Prevail
"Unleashed" by Killswitch Engage
"7empest" by Tool

"Fear Inoculum" by Tool
"Give Yourself A Try" by The 1975
"Harmony Hall" by Vampire Weekend
"History Repeats" by Brittany Howard
"This Land" by Gary Clark Jr.