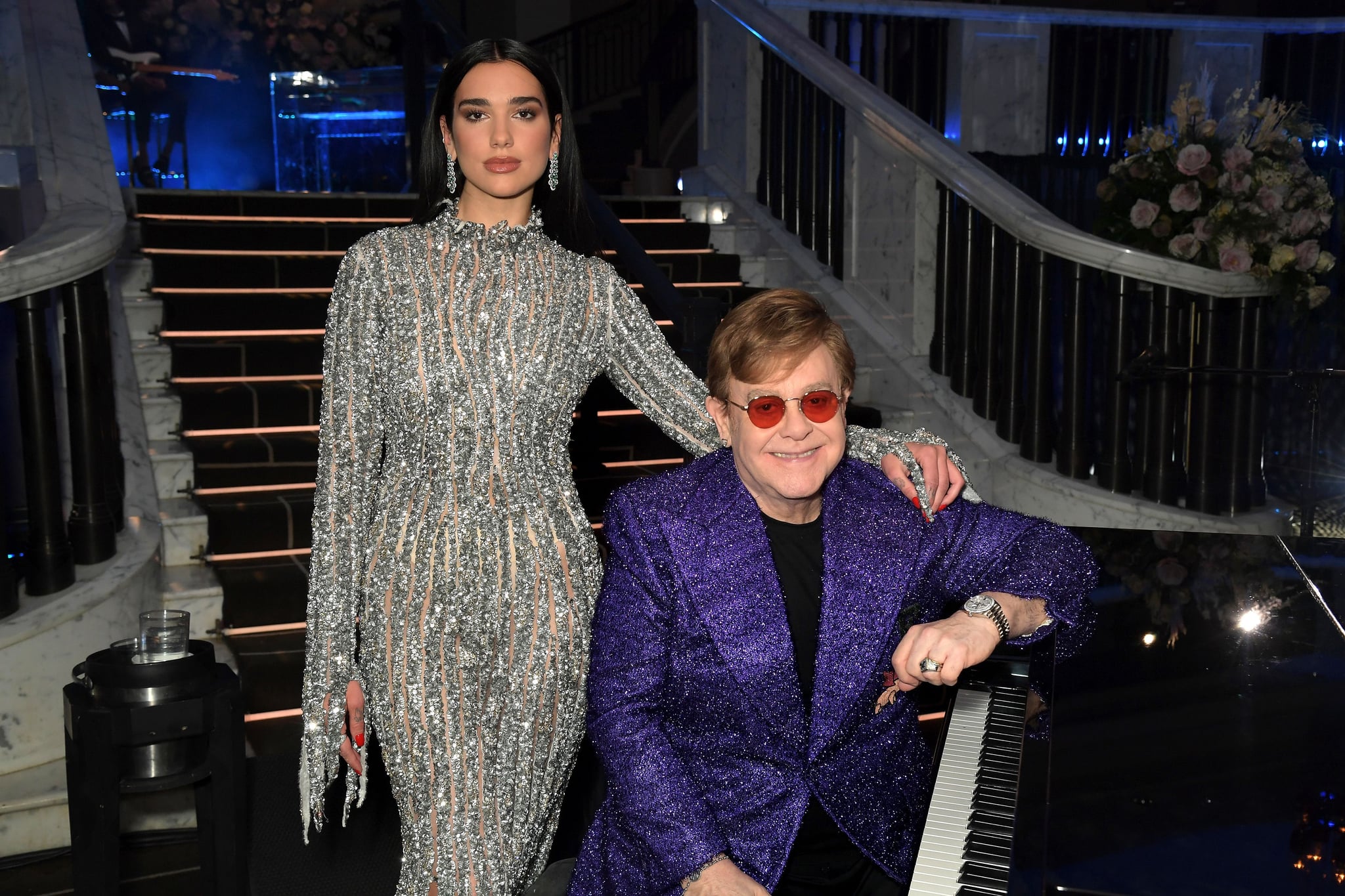 Dua Lipa and Elton John are becoming our favourite new duo. Not long after the pair performed a special "Bennie and the Jets" duet at Elton's AIDS Foundation Oscars preparty — when the "Future Nostalgia" star headlined the event in April — they're teaming up again, this time on a new track.

"Cold Heart" is a remix collaboration with Australian dance music trio PNAU, who worked with John on the 2012 album Good Morning to the Night, which featured new songs created by mixing samples of some of his earlier music. "Cold Heart", in particular, is a dance track that blends together a number of John's iconic songs including "Rocket Man","Sacrifice", and "Kiss The Bride".

A day before they released the song, both performers took to Instagram to share a snippet of the track. In the snippet, we hear John on vocals, as Dua chimes in with famous lyrics from "Rocket Man", "And I think it's gonna be a long, long time / 'Til touchdown brings me 'round again to find". The tease was accompanied by an illustrative video of the two, both sporting styles from their iconic wardrobes.

In the captions, Dua noted, "I'm so excited!!!" while Elton added, "Dua, I adore you, and it has been an incredible experience making this together. I can't wait for you all to hear it!" Already, celebrity supporters Chris Appleton, Brandi Carlile, Jen Atkin, and Sarah Hudson, along with Dua's supportive mum, Anesa, have expressed their own excitement for the project in the comments.

This project is one in a string of special collaborations for the pair, with Elton not only teaming up with Years and Years singer Olly Alexander for a rendition of "It's a Sin" at the BRIT Awards but also delivering a "Tiny Dancer" cover alongside Courtney Cox and Ed Sheeran in June. This is all as we simply process Dua's recent electric "Demeanor" collaboration with Pop Smoke, supported by a music video to envy Bridgerton.

TikTok
This Grandpa Got Dua Lipa Concert Tickets For His 80th Birthday, and His Reaction Is Pure Gold
by Yerin Kim 2 days ago

Chris Martin
Chris Martin Performed "2 Become 1" With Mel C, and It's the Duet We Never Knew We Needed
by Naledi Ushe 3 days ago