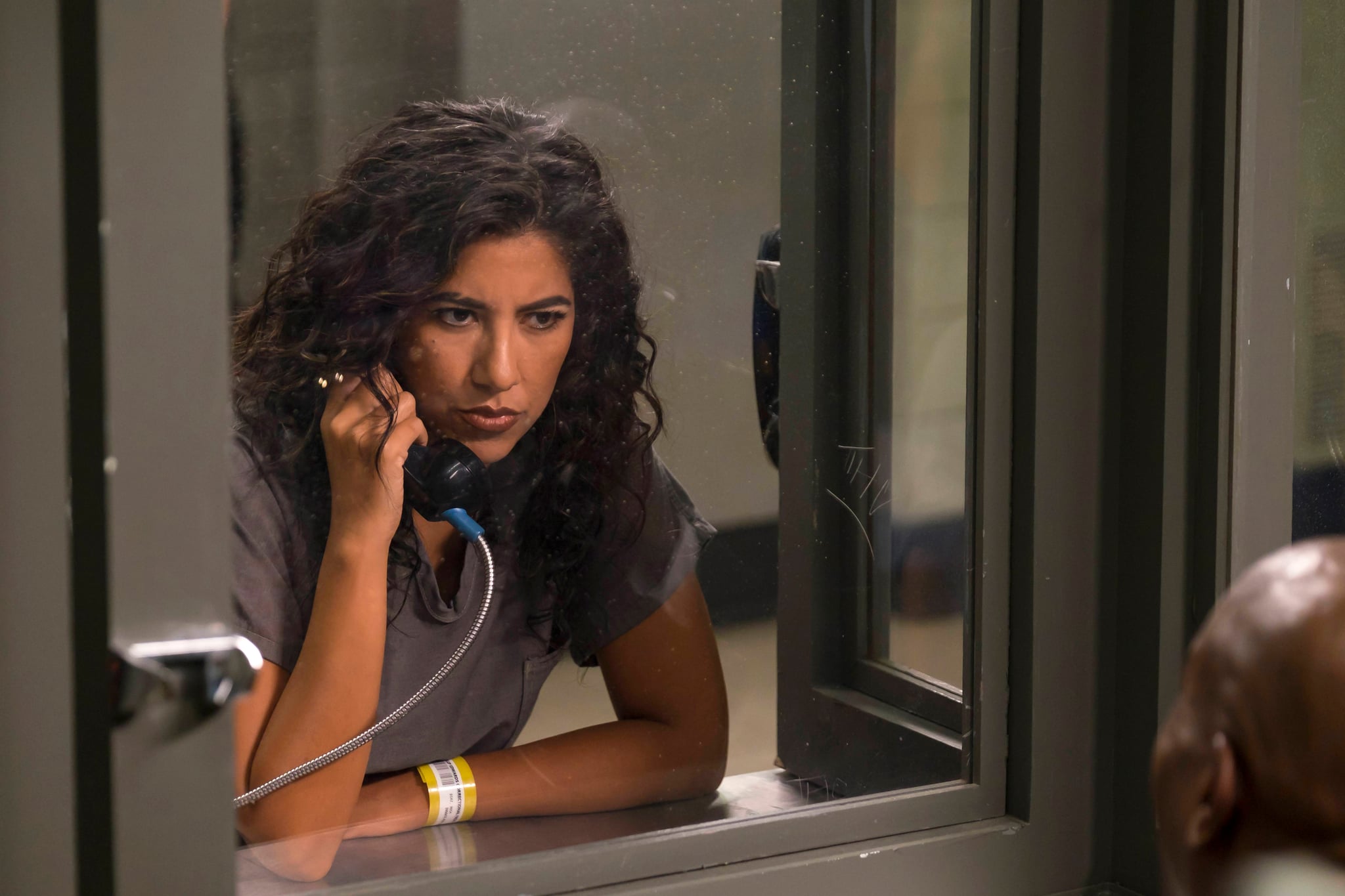 I'll always remember the night of 5 December, 2017. It holds an incredibly special place in my heart because that's the original air date for the 99th episode of Brooklyn Nine-Nine — the episode in which Rosa Diaz comes out as bisexual. It might not seem like a big deal, but Stephanie Beatriz, the bisexual actress who plays Diaz on the show, gets right to the heart of why it matters, telling Vulture: "The main thing for me was that the character said 'bisexual' and that she said it so many times." And she's right — how many characters have been able to name their bisexuality without being the villain of the story or having their sexual promiscuity become a major plot point?

In GLAAD's annual Where We Are on TV Report, they note that there are 95 regular LGBTQ+ characters on original streaming scripted series, and 46 LGBTQ+ recurring characters. Bisexual characters "make up 28 percent of all LGBTQ characters on all three platforms." If you do the maths, that means that on your favourite shows from Amazon, Hulu, and Netflix, there are only roughly 20 bisexual characters. Think about your favourite shows that came out recently. Bridgerton? Zero bisexual characters. Ted Lasso? The word "bisexual" was never uttered. The Queen's Gambit? Beth Harmon wakes up in bed with a woman after a night of heavy drinking, but we're left to speculate about her sexuality.

Unfortunately, bisexual fans of television shows have to craft their own theories and headcanons about their favourite characters — is Marissa from The OC actually bi, or was that just a ploy for ratings? Bones's Angela Montenegro was in a serious relationship before she married Jack Hodgins, but does that mean she was bisexual, or just figuring out her identity? One of my favourite television shows, The Good Place, shows Kristen Bell's character, Eleanor Shellstrop, lusting after both men and women. But without naming her bisexuality, these scenes always felt like a woman hitting on other women was a punchline and not an actual exploration of her character's sexuality.

Just to be clear, implied bisexuality is not representation — it's just cowardly. When showrunners, producers, and writers don't outright state that a character is bisexual, it allows people to dismiss that it's even implied to begin with. We become invisible once again.

It's hard to believe we've actually come a long way in terms of bisexual representation on TV, but in 2005, LGBTQ+ characters represented less than two percent of all characters on broadcast networks — and often, bisexuality was treated either as a throwaway joke, like 30 Rock calling bisexuality "just something they invented in the '90s to sell hair products," or as something sexually deviant. (Remember The L Word calling bisexuality "gross" in 2006?) In 2000, Samantha on Sex and the City called bisexuality a "layover on the way to gay town." I'm sorry, but my bisexuality isn't a phase — it's not a pit stop before I become an actualised lesbian, it's not a phase before I settle down with a male partner. It's my real, long-lasting identity.

Even shows that have been praised for their LGBTQ+ representation have a hard time fitting the word "bisexual" into their episodes. Orange Is the New Black, for example, shows one of the main characters, Piper Chapman, dating men and women. When faced with questions about her sexuality, the show dodges real answers with answers like, "I like hot girls. And I like hot boys. I like hot people." In season four, Brook Soso begins dating Poussey, and later reveals that she's "attracted to people, not genders." The actual word "bisexual" isn't uttered until the show's fifth season, when Piper's mother corrects herself after calling Piper a lesbian, and then confides to her daughter that she doesn't know how Piper can be attracted to both genders: "It sounds exhausting. I already worry when your father's spending time with a woman. I think I'd go crazy if I had to worry every time he went out with a man too." This kind of thinking plays into a well-worn stereotype that bisexual people are promiscuous cheaters who can't be trusted to be faithful in relationships. How can we hope for acceptance in real life when most portrayals on television set standards like this?

That's not to say there aren't glimmers of hope on television. Schitt's Creek, one of the most popular television shows of 2020, introduced David Rose's pansexuality towards the end of season one. Crazy Ex-Girlfriend had Daryl Whitefeather come out with the literal musical number (and my personal anthem during Pride Month), Gettin' Bi. Other characters on television, like Jane the Virgin's Petra Solano, How to Get Away With Murder's Annaliese Keating, and Legends of Tomorrow's Sara Lance, have named their bisexuality through the course of their respective shows.

But what I really want to see is this: More characters naming their queerness. No more hints, no more queer-baiting. Bob's Burgers shows Bob Belcher's attraction to men, Archer's Pam Poovey has slept with nearly every character on the show. Why can't they just say the word bisexual once? Why do I have to hope and speculate to see people like myself on television? It's 2021, and it's time for Hollywood to realise that people like me exist, and deserve to have real, accurate, and honest portrayals on screen. Until then, I'll always have Rosa Diaz.

Celebrity Interviews
Tommy Dorfman Is Reintroducing Herself: "I Am a Trans Woman"
by Kelsie Gibson 4 days ago

Personal Essay
The World Is Reopening, and I'm Staying in My Comfy Clothes
by Daria Yazmiene 6 days ago

APIA
Trans Model Leyna Bloom Cried Into Tyra's Arms When She Saw Her Sports Illustrated Cover: "This Is a Huge Milestone"
by Sarah Wasilak 1 week ago