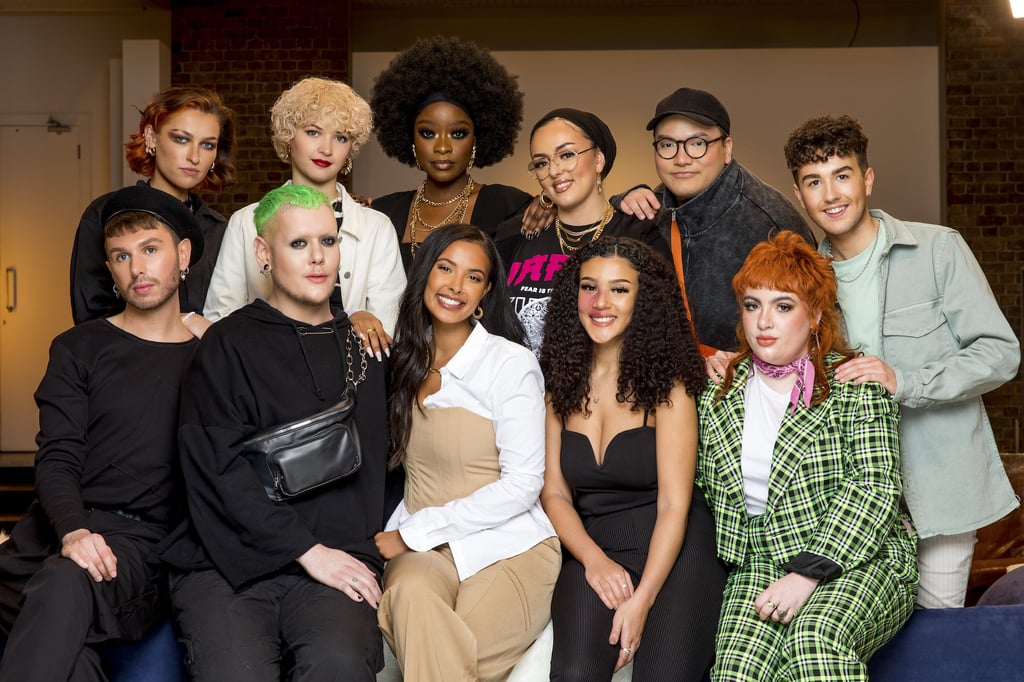 Glow Up: Every Makeup Artist Competing on Season 3 of the BBC Reality Show

BBC Three has finally done its best to fill the Drag Race-shaped hole in our hearts. Everyone, please give your warmest welcome to the third season of Glow Up: Britain's Next Make-Up Star. This time 'round, the reality series is being hosted by Maya Jama, who you know from many media spots, but particularly as the host of Love Island: Aftersun.

The third season of the reality show follows the same format as it has for the first two seasons, which were both hosted by Stacey Dooley. That means, week by week, we'll watch a group of up-and-coming makeup artists compete in a series of challenges as they flex their creativity and duke it out for the top spot. And every week, judges Dominic Skinner and Val Garland will join Jama to whittle down the batch of talented artists.

Ahead, we introduce you to the talented batch of makeup-artist hopefuls competing on the 2021 season of Glow Up: Britain's Next Make-Up Star. Episodes will start dropping onto BBC iPlayer from Tuesday, 20 April, at 7 p.m.

Succession
The Succession Season 3 Cast Is Stacked! See Who's Joining and Who's Returning
by Monica Sisavat 2 days ago

Netflix
The Sons of Sam: Who Was John Wheat Carr, and What Happened to Him?
by Stacey Nguyen 3 days ago