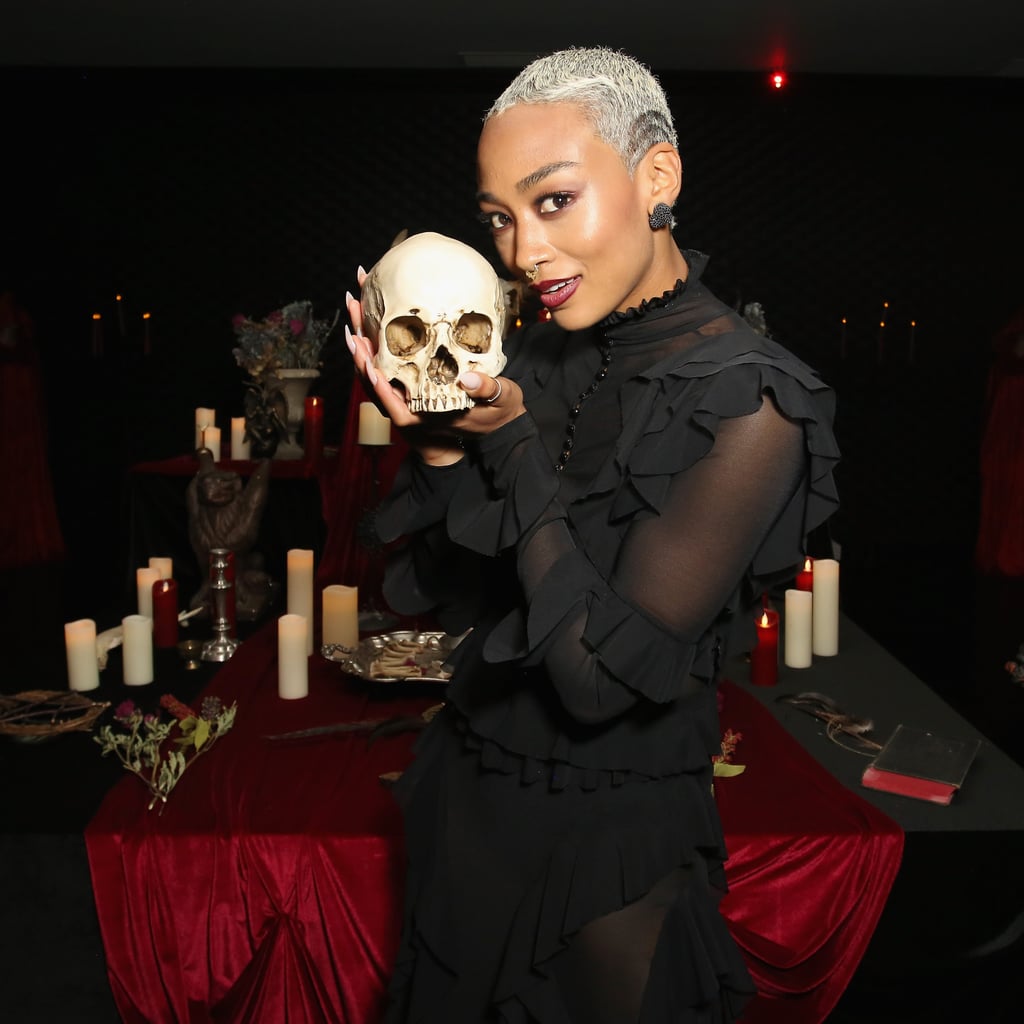 I like to consider myself something of a Sabrina, the Teenage Witch obsessive, which is why I had no problem tucking into the newly released Netflix series Chilling Adventures of Sabrina. Despite the very obvious, very dark differences between the hit '90s sitcom and the current remake, it's the perfect show to binge during the scary season. There are so many things to love about the show — the creepy, film noir-style shots; the perfect soundtrack; the feminist undertones; the masterful metaphors about good and evil and how they relate to the mortal world today — but one of the characters who really pops off the screen for me is Prudence Night, the wickedly badass witch and leader of the Weird Sisters.

Related:
We Already Know 2 People Who Will Be on The Chilling Adventures of Sabrina

Think of Prudence as the Regina George of the Academy of Unseen Arts, the Hogwarts-style school where teenage witches are educated. She controls her orphan sisters — the equally sour yet not nearly as powerful Dorcus and Agatha — and hates the fact that Sabrina is half-witch, half-mortal, often spitting out harsh one-liners and calling her slurs like "mutt" and "half-breed." So, who is the woman behind Greendale's badass bully? The fantastically evil Prudence is played by 22-year-old actress Tati Gabrielle, whose performance in Chilling Adventures achieves something nearly impossible: as much as you want to hate Prudence and root for her demise, you can't help but be fascinated and even a little inspired by her determination and willfulness (personally, I heavily related to her penchant for "tormenting mortal boys").

During the series we learn that, like the majority of high school mean girls, Prudence's ire stems from lots of inner turmoil (not to mention a less-than-ideal childhood). While mostly enemies, Prudence and Sabrina do work together on a few occasions — I won't spoil anything, but there's a resurrection involved — and prove to be a pretty formidable team. I can't wait to see how their friendship (frenemyship?) progresses in the second season, and judging by the finale, it certainly seems like Prudence's take-no-prisoners attitude will continue to rub off on Sabrina Spellman. As you're streaming Chilling Adventures and gearing up for the next chapter, learn more Tati Gabrielle, and find out where you've seen her before.