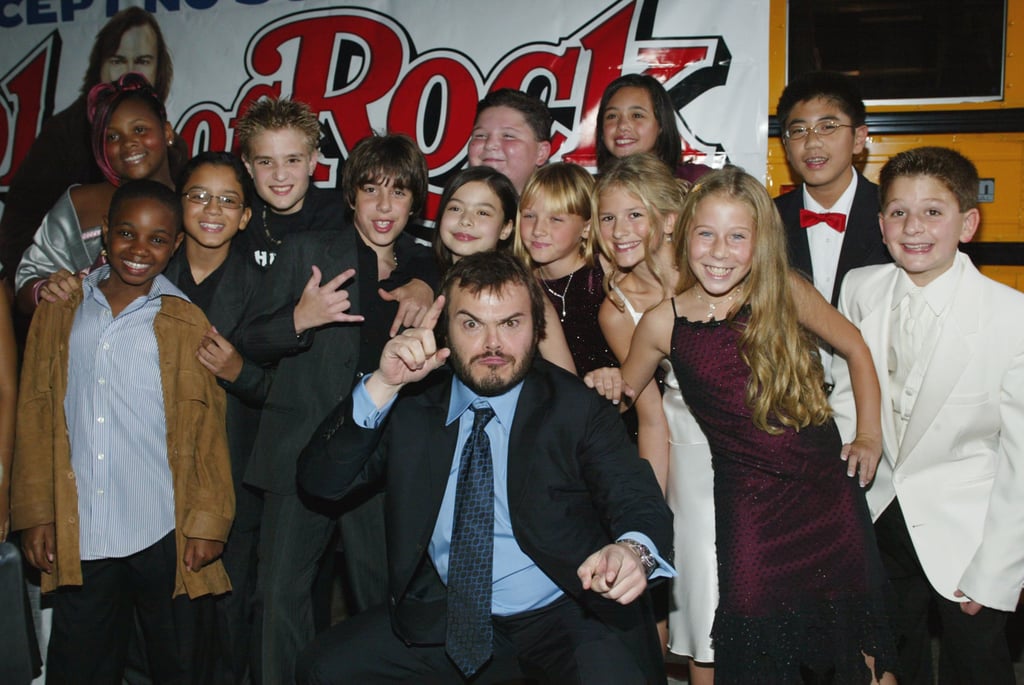 The School of Rock Cast Just Reunited, and Oh My Gosh, I Feel Centuries Old

Can you freakin' believe it's been 15 years since School of Rock graced the silver screen for the first time? Um, yeah, we can't either, and to make us feel even more ancient, a few of the cast members just reunited to celebrate the milestone anniversary. Seven of the film's stars rang in the new year together at a bar in New York City, and it looks like they're just as close now as when they posed as rock 'n' roll-loving fifth graders alongside Jack Black.

Present at the reunion were James Hosey (who played Marco, aka "Carrot Top"), Brian Falduto (who blessed us with the movie's best line — "You're tacky, and I hate you" — as Billy), Becca Brown (bassist Katie), Zach Infante (lighting designer Gordon), Aleisha Allen (singer Alicia), Caitlin Hale (vocalist Marta), and Angelo Massagli (security guy Frankie). The crew looked all grown up while catching up over brews and bites.

Of course, the cast members couldn't resist sharing some fun snaps from the reunion on social media. While posting a group photo on Instagram, Zach Infante wrote, "Fifteen years later and our #schoolofrock family is still together ❤️ Love to all our fam making moves across the country." Meanwhile, Becca Brown captioned her picture, "We had a mini reunion and it rocked." It sure did! Ahead, see all the cute photos from their nostalgia-packed meet-up, before heading to NOW TV to watch the film one more time. "Now let's get out there and melt some faces!"

wonka
Yes, That Cheerful Wonka Singing Voice Belongs to Timothée Chalamet, Because What Can't He Do?
by Hedy Phillips 5 days ago

Celebrity Style
Winnie Harlow Wears a Versace Blazer as a Minidress, and Hemlines Are Rising Everywhere
by Sarah Wasilak 5 days ago