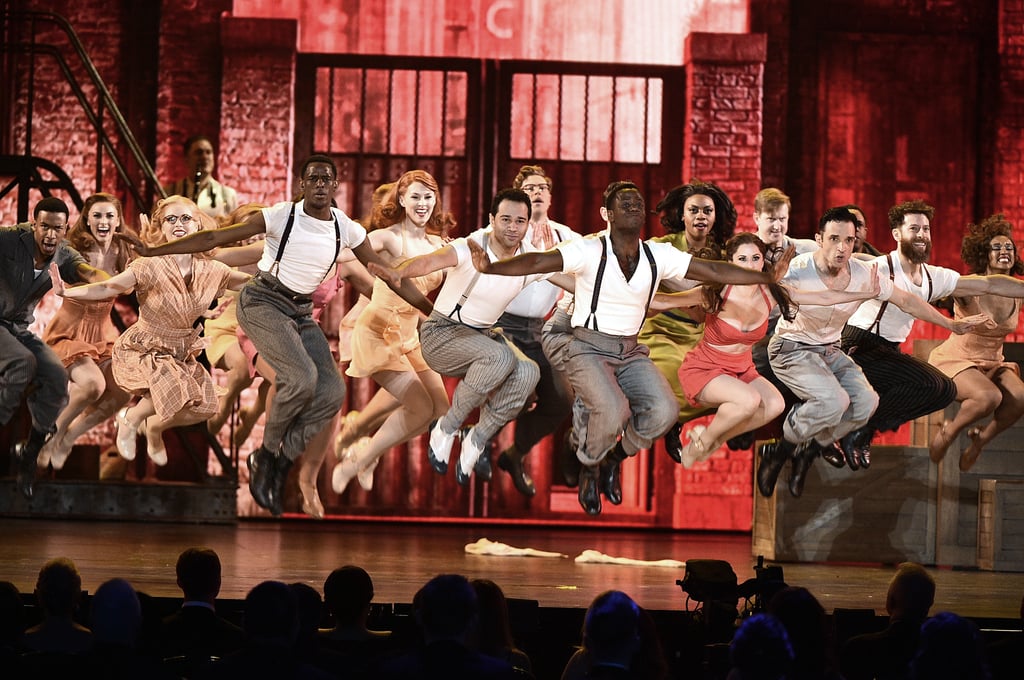 Corbin Bleu left High School Musical fans feeling pretty nostalgic during Broadway's Kiss Me, Kate performance at the Tony Awards on Sunday. Though Bleu's HSM character, Chad Danforth, famously said "I don't dance," the actor's smooth moves during the show certainly said otherwise. The 30-year-old actor was quick on his feet as he performed "Too Darn Hot" with his costars.

Of course, this isn't the first time Bleu has shown off his dance moves on the Broadway stage. In 2010, he played Usnavi in the Broadway company of In the Heights and returned to Broadway two years later in the revival of Godspell. In 2016, he starred in Holiday Inn as Ted Hanover, who was originally played by Fred Astaire in the 1942 film of the same name. Get ready to have your jaw drop to the floor as you watch the cast of Kiss Me, Kate's insanely good performance ahead.