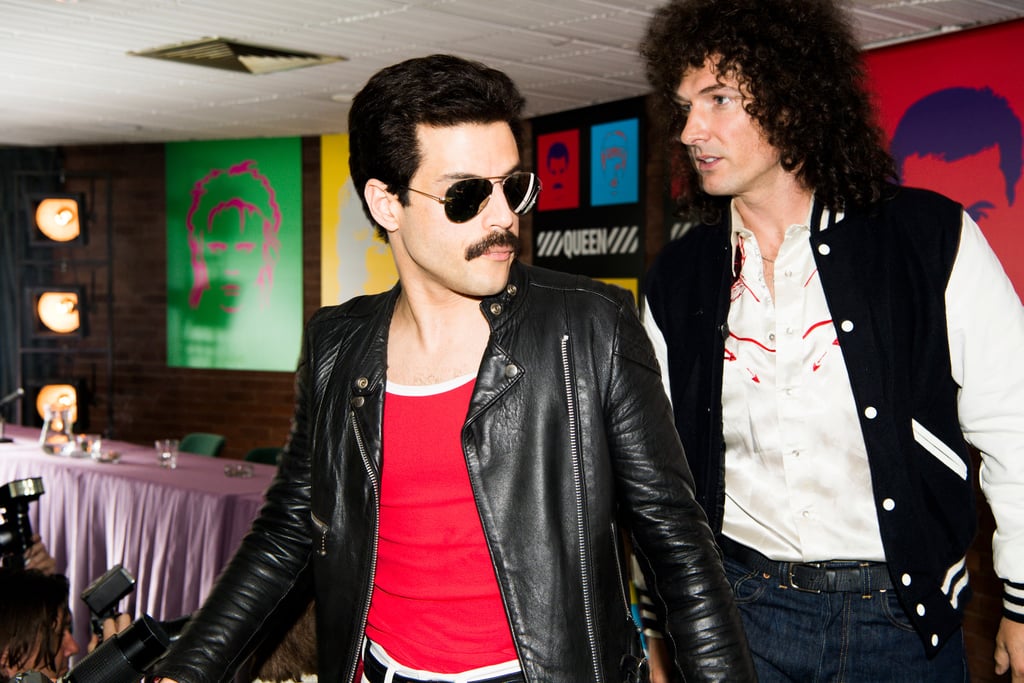 Bohemian Rhapsody is finally coming together! The Queen biopic just released its official trailer, and it's music magic. The teaser gives fans a small look at what's to come, which is music, the magic behind the tracks you love by Queen, and the real story about frontman Freddie Mercury's life and death.

With the trailer, we also get a look at the cast in the upcoming film, and we're already impressed. In addition to seeing Mr. Robot star Rami Malek rock as a rocker — he's Freddie — we get to see who will be making up the band. While we don't know who some of the actors are playing just yet, aka who Mike Myers will be portraying on screen this Autumn, we do have a glimpse at the stars making up the majority of the cast.

To see which stars are taking on all of the band members of the English rock band, keep reading. Plus, you'll get a look at Freddie's romantic interests as well. Oh, and there's a Downton Abbey star who you definitely won't want to miss.

Netflix
BRB, Losing It Over Timothée Chalamet’s Wig in the Teaser For Netflix’s Don’t Look Up
by Victoria Messina 1 week ago

Amazon Prime Video
Camila Cabello's Cinderella Is a Fun Retelling of the Disney Classic, but I Was Left Wanting More
by Kelsie Gibson 1 week ago