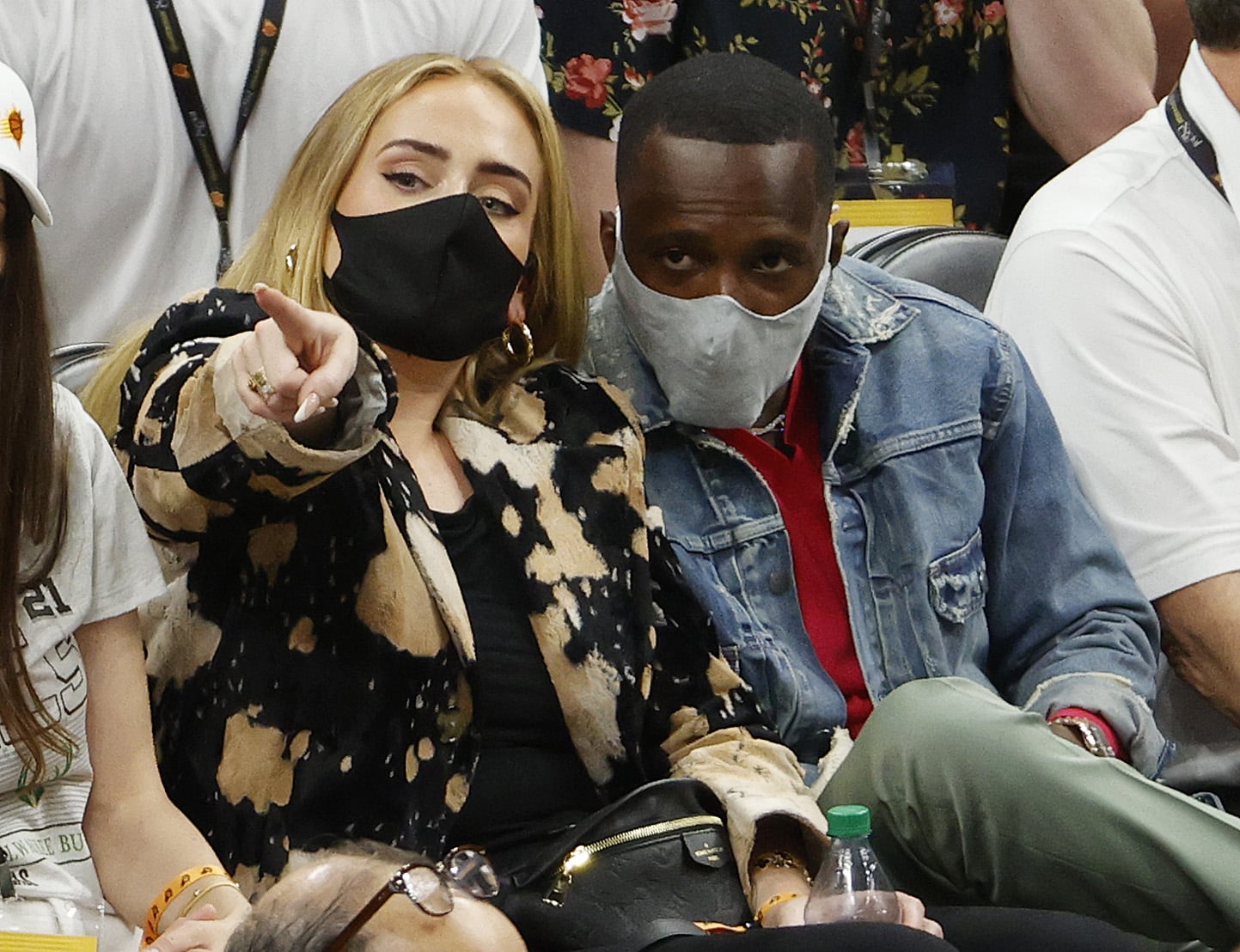 Love is in the air for Adele! After making her romance with Rich Paul Instagram official in September, the 33-year-old singer is finally ready to talk about her boyfriend. In a recent interview with British Vogue, Adele confirmed that she and the sports agent are indeed together, gushing, "We're very happy." Adele and Rich first sparked dating rumours when they attended game five of the NBA Finals back in July. "I didn't get dragged along to the [basketball game the other night] because that's his line of work. I was like, 'We're going to the game,'" Adele clarified.

When asked if it was stressful for her to go out in public again after being out the spotlight for so long, Adele replied, "It used to, but it hasn't been this time because he doesn't mind. Normally, I think I get scared about it because it's very emasculating. Really emasculating." She added, "I did date before Rich, but they hated it. They'd find it stressful being out or seen with me, which meant that I guarded all of it beyond. It never evolved because we were never experiencing things together. Whereas he's not frazzled by it at all. It feels like it's consistent and considerate enough that I don't care who knows. He's great. He's so f*cking funny. He's so smart, you know."

Adele filed for divorce from husband Simon Konecki after two years of marriage in September 2019 and requested joint and physical custody of their 8-year-old son, Angelo. Meanwhile, Rich was previously linked to jewellery designer Jennifer Meyer.