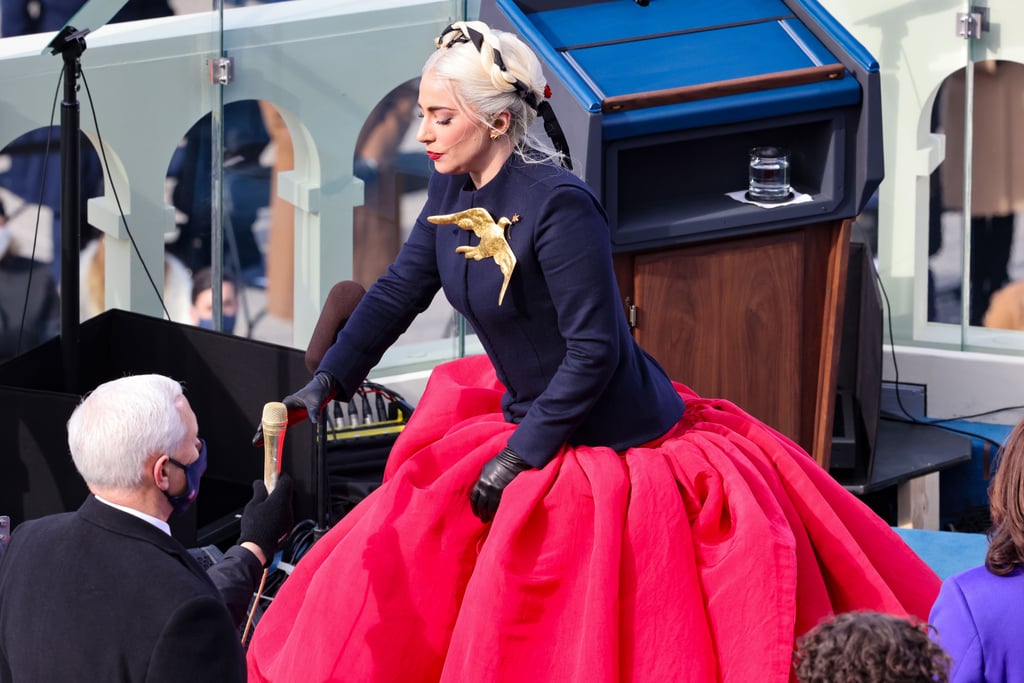 Lady Gaga interacting with Mike Pence at Joe Biden's presidential inauguration is not something I expected to see, and now it's something I will never be able to unsee. While preparing to sing the national anthem on Jan. 20, Gaga seemingly shared an awkward moment with the former vice president as she grabbed her microphone.

Twitter was quick to react to the image, pointing out it looked like the 34-year-old singer was purposefully avoiding eye contact with Pence while getting her microphone from an unknown figure. That's not the only thing the image brought to mind — I think it looks like Gaga is embodying Don Corleone and asking Pence to kiss her ring. Well, that or Pence is asking for her forgiveness while handing her the mic. It seems I wasn't the only one thinking along these lines, so check out eight of the best Twitter reactions to their interaction ahead.