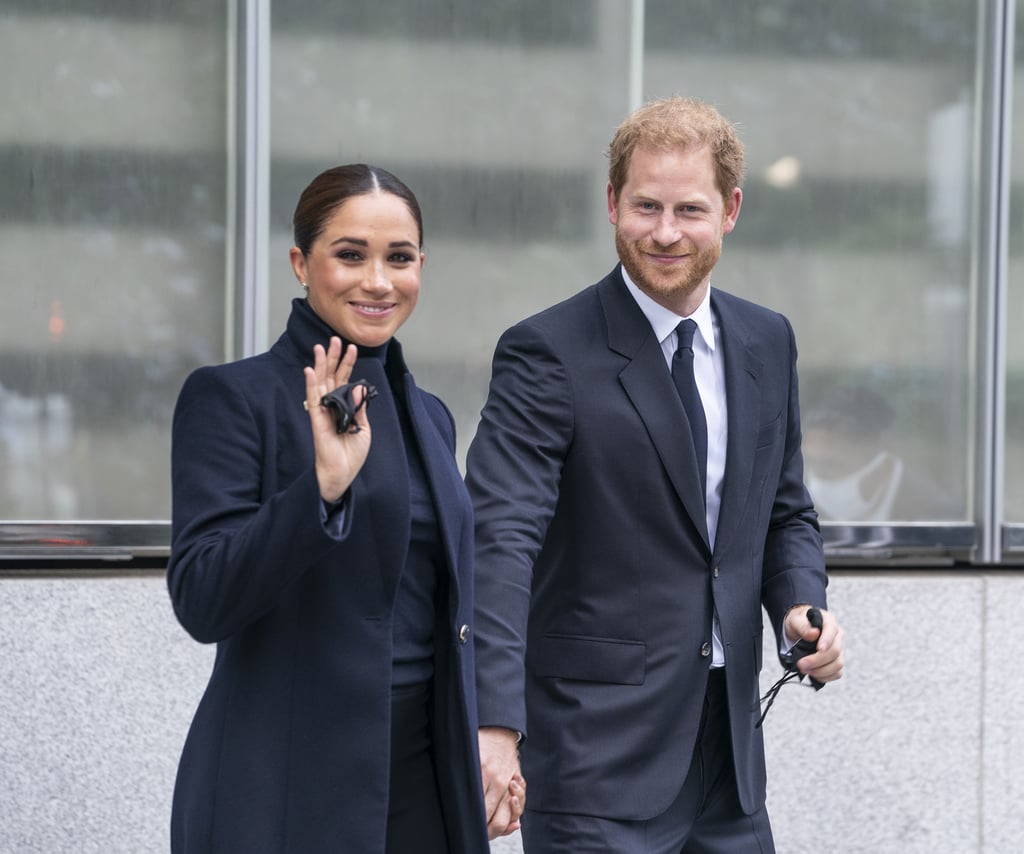 Prince Harry Stepped Out With an “Archie’s Papa” Briefcase, and the Cuteness Overfloweth

Prince Harry brought along a little piece of home for his trip to New York City with Meghan Markle. While visiting the United Nations to meet with US Ambassador Linda Thomas-Greenfield on Thursday, Harry carried a sleek leather briefcase that put his most important title to date on full display — and no, it's not "Duke of Sussex". The zippered accessory featured a small inscription that read, "Archie's Papa" in all-caps silver lettering so he could have his 2-year-old son close by during the meeting. Aww!

To make this discovery even sweeter, it looks like Meghan had the same exact laptop sleeve in a different colour on hand for the outing as well. Although we didn't spot any "Archie's Mama" engraving on her bag that mimicked Harry's, we have a theory that it was actually there and simply wasn't visible to the cameras — just hear us out. As you can see in these snaps of Meghan at an airport in Canada last year, she appeared to be toting the same briefcase, and it was facing outward to show some sort of wording imprinted in the corner. The photos are too blurry to tell what the inscription says, but our money's on it being "Archie's Mama". Perhaps the coordinating accessories were a baby shower gift from one of their pals?

Detective-like sleuthing aside, Meghan and Harry have a jam-packed schedule for their trip to the Big Apple, which marks their first joint business outing since welcoming baby Lili in June. In addition to their UN meeting, the couple stopped by One World Observatory and will make an appearance at the Global Citizen Live event in Central Park this weekend. Fingers crossed we'll catch more glimpses at their matching briefcases this week, but until we do, you can take a zoomed-in look at Harry proudly carrying around his adorable "Archie's Papa" bag ahead.