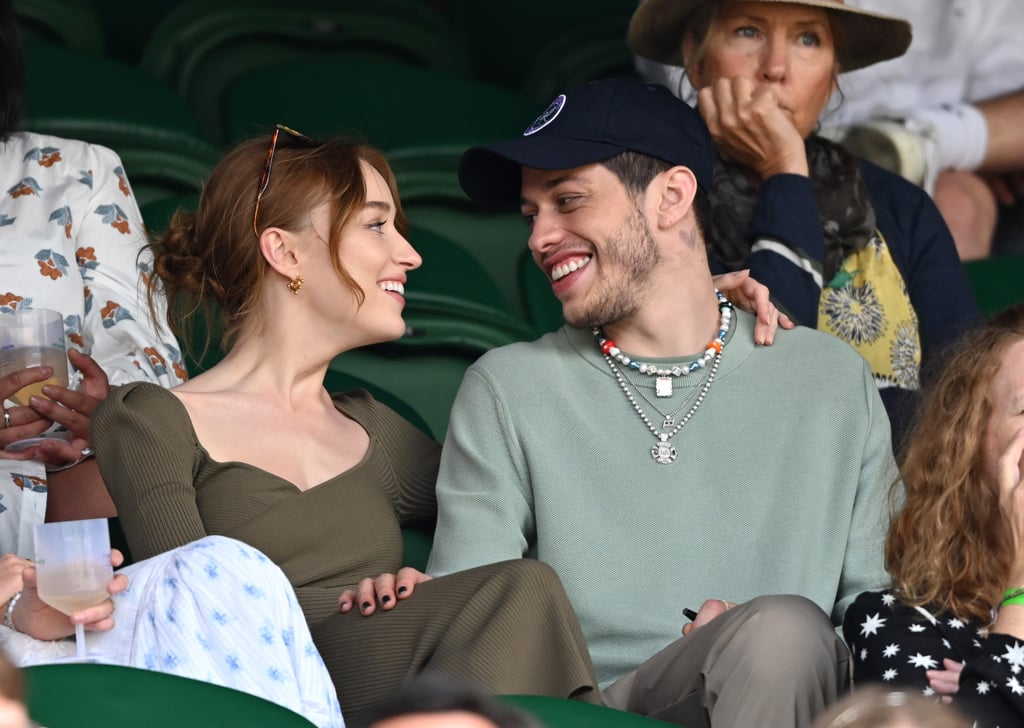 Game, set, they're a match! On Saturday, Pete Davidson and Phoebe Dynevor made their official public debut as a couple while attending day six of the Wimbledon Tennis Championship, and they kept cuddled up for the entire event. Look closely, and you can spot Pete wearing the "PD" necklace they both share. If that isn't cute, we don't know what is.

Phoebe and Pete have been linked ever since they first sparked relationship rumours in March. According to Entertainment Tonight, the duo hit it off when they met in New York City. Now the Saturday Night Live star and Bridgerton leading lady are taking their love across the pond. Get a look at their sweet outing in the photos ahead.

The Royals
Harry and Meghan Make First Joint Appearance Since Welcoming Lili: "It's Wonderful to Be Back"
by Kelsie Gibson 2 days ago

Celebrity Style
Megan Fox Wore a Shorter, Comfier Version of Her Met Gala Gown For the Afterparty
by Yerin Kim 1 week ago

Celebrity Style
Britney Spears Is Engaged! Get a Close Look at Her "One of a Kind" Ring
by Yerin Kim 1 week ago