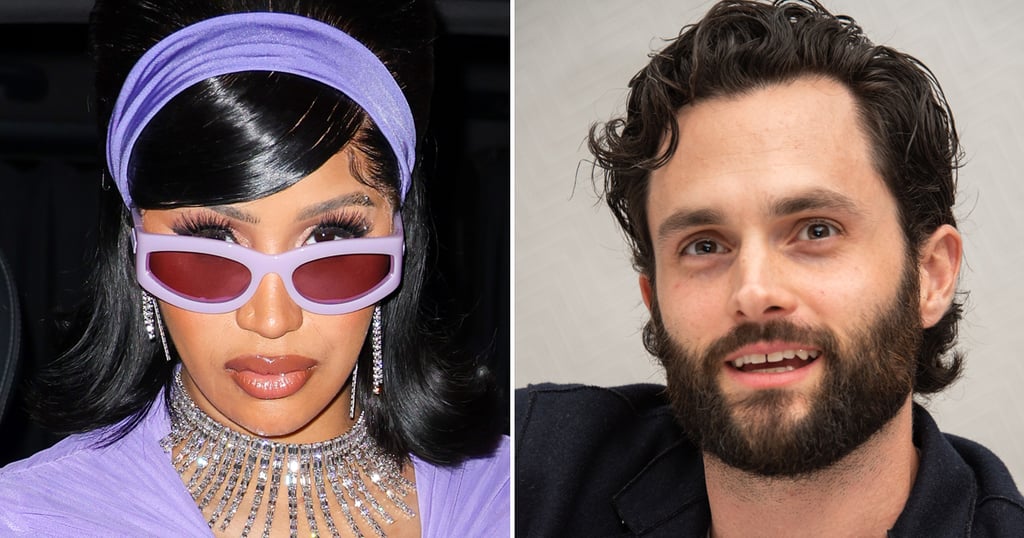 Penn Badgley Revealed He's a * Huge * Cardi B Fan, and We Can't Tell Who's More Ecstatic

You know those friendships where you see each other and the rest of the world fades away for a second because you're too busy jumping up and down and screaming out of excitement to notice anything else? Yeah, it looks like Cardi B and Penn Badgley know exactly what I'm talking about. In a resurfaced video of Penn promoting You with his costar Shay Mitchell, he casually brought up Cardi and how much he admired her second-nature relationship with social media, something his character Joe Goldberg needs to work on, to say the least.

"Cardi B is a great example of that", he said in the video. "She has such an authentic relationship with social media, and despite what many might judge as antics, I think she has an incredibly authentic relationship to that, and that's why people like her so much." Thanks to Twitter, Cardi finally caught a glimpse of the interview, and her reaction to Penn revealing he's a fan was unexpectedly enthusiastic.

"OOOOMMFFFGGGGGG HE KNOWS ME !!!," Cardi jokingly captioned a reshare of the tweet on 16Oct. "OMMMGGGG!!!!!! Yoooo like I'm famous-famous." On 19 Oct., the tweet circled back around to Penn, who could only respond with a stunned, "I —." We're just as surprised and confused as you are, Penn, but as far as celebrity friendships go, we can't think of a better starting point than mutually raving over each other.

Could this be the start of a new friendship? We hope so! Watch Penn gush about Cardi and read her ecstatic response ahead.

Celebrity Friendships
Curious How The Weeknd and Jim Carrey Became Friends? It Involves Telescopes
by Monica Sisavat 1 week ago