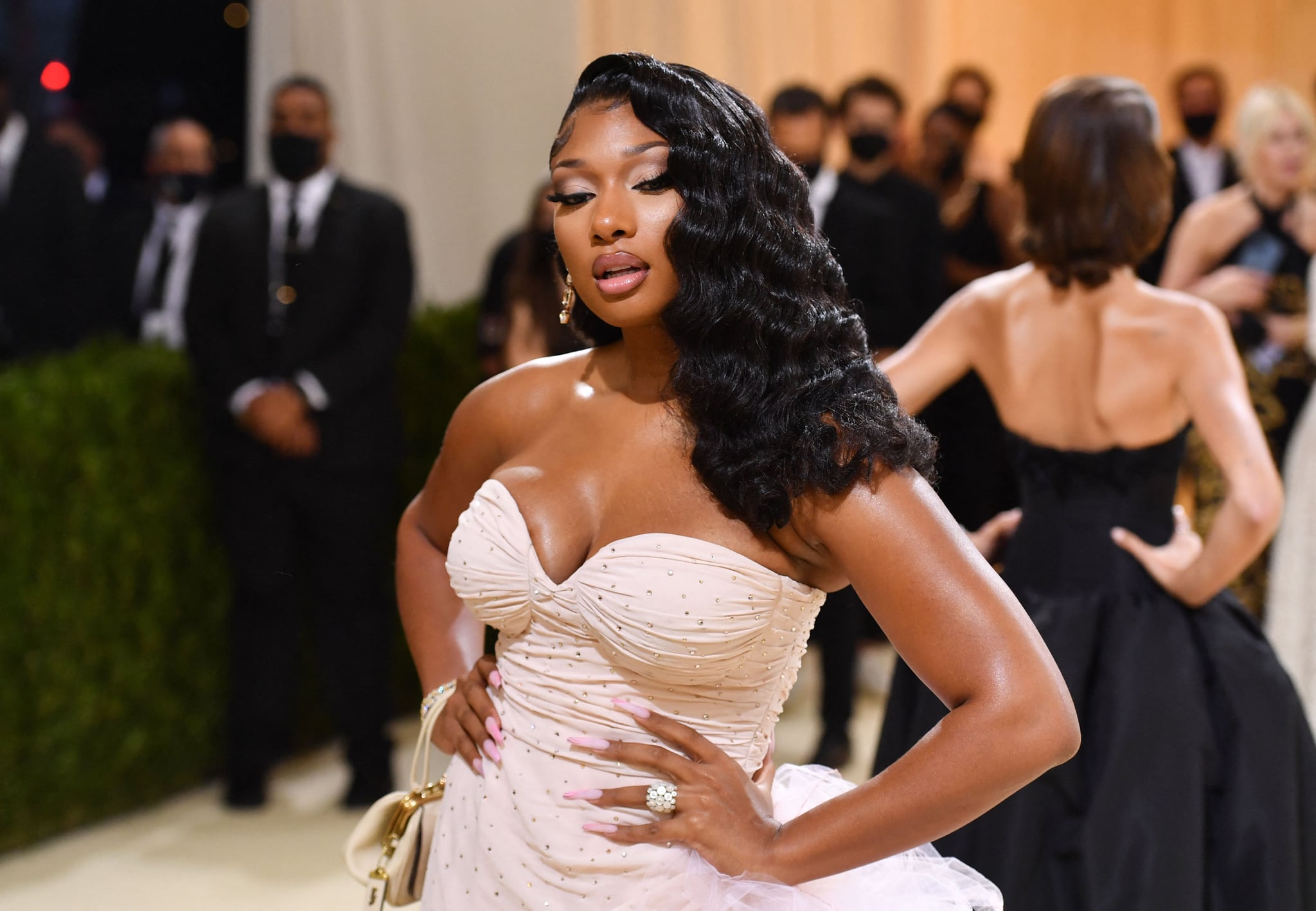 If you are not putting an entire pumpkin on your head the second October gets underway, then you are not nearly as excited for Halloween as Megan Thee Stallion. The rapper recently held an impromptu photo shoot in her hotel room wearing, yes, a jack-o'-lantern on her head to celebrate the upcoming holiday. (In true fashion, however, she accessorised with every diamond known to man, including her signature "hot girl" necklace.)

The post includes three photos: two are of Megan showing off her seasonal nail art, and, incidentally, flipping off the camera, but there's one incredible shot of her simply sitting on the bed watching television — yes, with the pumpkin still on her head as Jack Skellington intended. At press time, the post is approaching two million "likes," which is what this level of artistry deserves. Happy hauntings everyone!