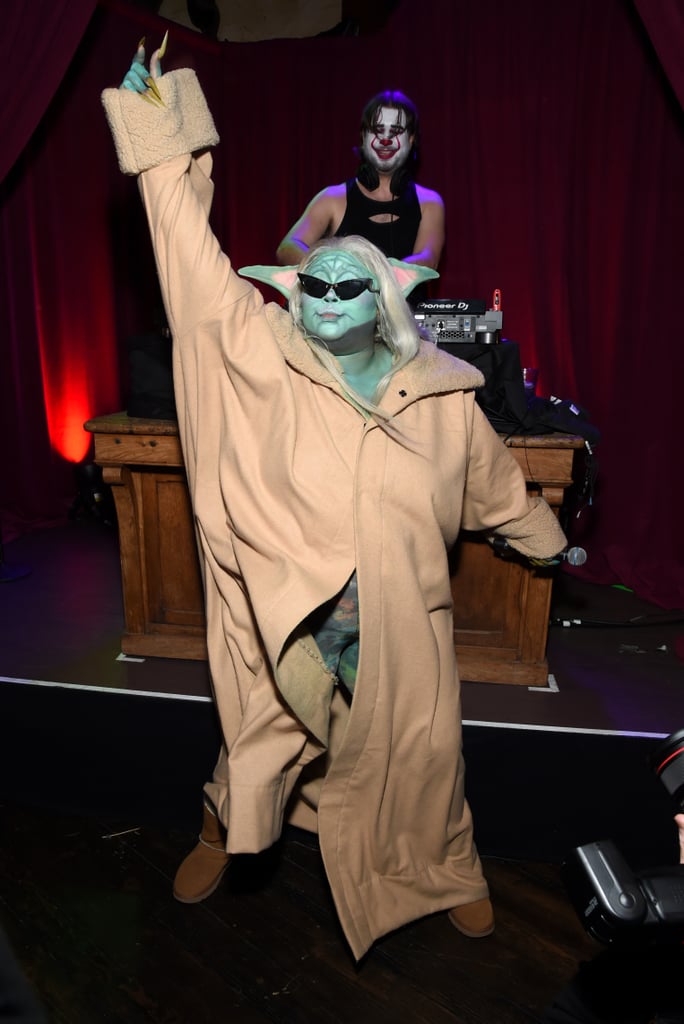 May the force be with Lizzo. The Grammy-winning artist dressed up as Grogu, aka Baby Yoda, from The Mandalorian on Oct. 29 and she used her disguise to portray a tipsy version of the beloved Disney character. Lizzo shared a video on Instagram as she sipped a drink in West Hollywood, jokingly stumbled around, took photos with strangers who didn't recognise her, and chased after others. "GROGU TAKES HOLLYWOOD 🥺. GROGU JUST WANNA SAY… LAST NIGHT IF U SAW GROGU… NO YOU DIDNT," Lizzo captioned the video.

She also posted photos as she dodged paparazzi. "A representative from Grogu's publicity team has issued a statement regarding the paparazzi photos taken last night: 'Grogu aka Baby Yoda aka The Child has no recollection of these events. In fact, these events never happened *jedi hand wave,*'" Lizzo joked in a caption. To top it all off Lizzo ended the night with a surprise performance of "Truth Hurts"at Spotify's Ghost Town Halloween Party. How lucky is that audience?

Lizzo continued the party through Halloween weekend and did the "Thriller" dance from Michael Jackson's music video while dressing as the Younghee doll from Squid Game during her headlining event at Outside Lands on Saturday. And for Halloween the following day, she was Dorothea from the 1992 animated movie Bébé's Kids, and she nailed it with a monologue. For her final costume, Lizzo dressed up as Kim Kardashian at the 2021 Met Gala. Browse through all of Lizzo's Halloween costumes ahead.